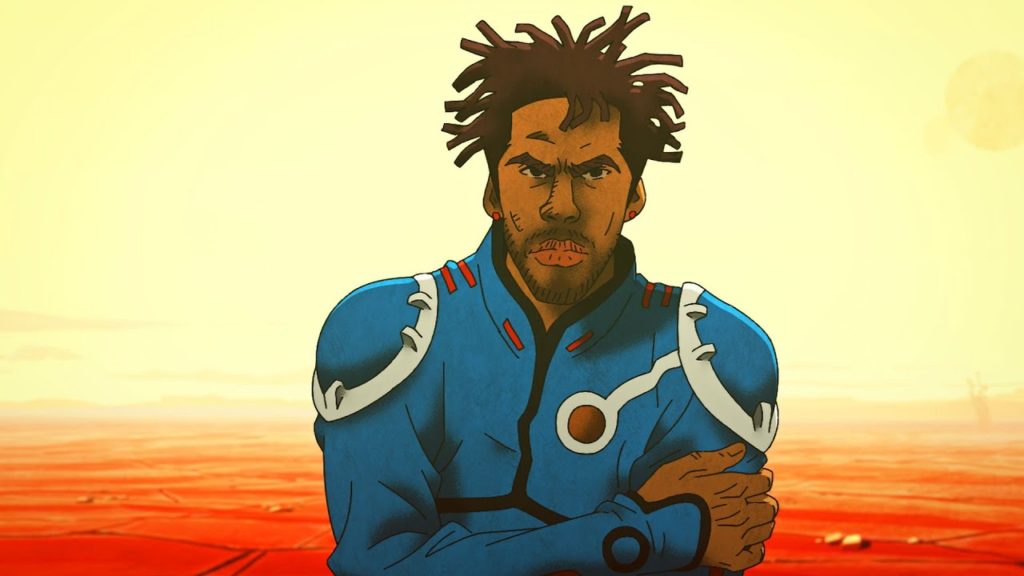 For his newest show, Carole & Tuesday, Shinichiro Watanabe invited musicians from all over the world to contribute new tracks. One such artist was Flying Lotus, who had previously worked with him on the Blade Runner 2022: Blackout short film. Flying Lotus is an experimental electronic music producer, who started out making music for Adult Swim before launching his own albums and labels. Now there are many other artists who can credit him with helping launch their successful careers.

However, now it seems like Flying Lotus appearing on these projects wasn’t just a one-sided relationship, but rather a true creative partnership. Flying Lotus recently launched the music video to “More”, a new track with rapper Anderson .Paak that will release as a part of his Flamagra album. The video was directed by Shinichiro Watanabe and created by a mix of Japanese and foreign talents.

The video itself was produced by Dai Sato’s screenwriting studio StoryRiders, with VFX company Sankaku and Typhoon Graphics assisting with animation production. Several talented 2D animators were a part of the project, including veteran animator Hidekazu Ohara as well as young digital talents like Masanobu Hiraoka and Kenichi Kutsuna. This animation was based on the concept work of French artist Santiago Montiel. Montiel previously worked with Watanabe on Episode 21 of Space Dandy, “A World with No Sadness, Baby”, where he designed its bizarre backgrounds.

The 3D robot within the music video was created by British artist Gregorios Kythreotis, who’s currently working on the upcoming exploration game Sable. But instead of animating it by hand, they asked rapper KATZBOM to do motion-capture, assisted by real-time interaction designer Takuma Nakata.

Overall, it’s an unlikely team of artists who all excel within their particular field. We talk about international co-productions within anime a lot, but the best kind are those that form connections and allow creators from all over the world to create something special together.