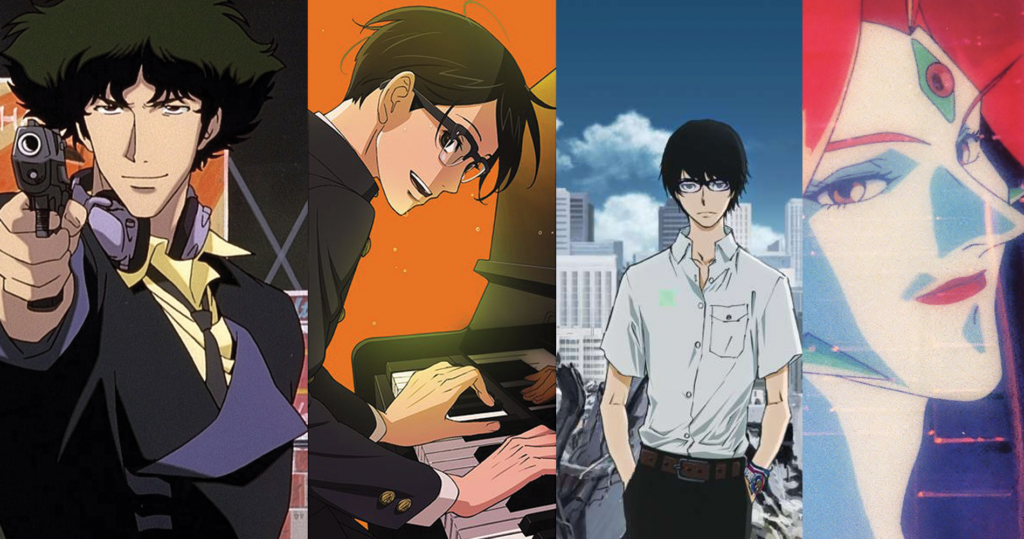 The Magic Between Shinichiro Watanabe and Yoko Kanno

One of Shinichiro Watanabe’s signature qualities as one of the most beloved directors in anime is the importance and implementation of music in his series.  Whether we’re talking about one of his shows that are directly about music like the jazzy post war period piece Kids On The Slope or a work that doesn’t feature people making music like Samurai Champloo, everything he puts out heavily utilizes music in some fashion. At this point in her career, Yoko Kanno reigns supreme as arguably anime’s most prolific sound-tracker. She’s lent her talents to so many great shows over the years like The Vision Of Escaflowne, Ghost In The Shell Stand Alone Complex, and Turn A Gundam which all were made better by her input. She doesn’t stick to just to one genre either; Orchestral, moody synth pieces, authentic Jazz, whatever you’d call what was going on on Wolf’s Rain, Yoko Kanno can do it all. Both these creators owe a lot of their acclaim to a show called Cowboy Bebop, where the two crafted something magical.

Before we delve into Cowboy Bebop’s downright legendary soundtrack, let’s shift our focus to a slightly older title. Shinichiro Watanabe and Yoko Kanno first seriously worked together on Macross Plus, a show that would benefit for a western Blu-Ray release. Watanabe technically only co-directed Macross plus, with franchise creator Shoji Kawamori, but we still have to count it as the genesis for the Watanabe Kanno legacy. A fitting place to start as Macross as a franchise always had music play a part, with Lynn Minmay at one point halting an alien invasion with her singing in the original. Even from early on in her career, you could hear Yoko Kanno’s versatility; The soundtrack featured elements of 80s pop, down-tempo or trip-hop which was in vogue at the time, plus touches of techno here and there.  Really a unique mix of tunes and sounds that we have to applaud Watanabe for having the taste and audacity to employ.

Macross Plus wasn’t entirely Watanabe’s baby, being a part of a larger franchise, but even here you can see the flourishes of what he wanted to do as director. Already incorporating sounds you’d never hear on any other anime soundtrack, Macross Plus deserves your time for that alone. Some of the individual segments in Macross Plus really hit home in the way only Watanabe can do it and that effect also owes itself to this wild Kanno soundtrack As an added benefit, the four-episode OVA is really good and if you watched it dubbed you can hear a rare Bryan ‘Walter White’ Cranston anime voice over. While we can’t assume what the in-studio conversations between Shinichiro Watanabe and Yoko Kanno were at the time, but we can assume they got along well enough as creative partners to keep their relationship going for decades. Alright, now we can talk about Cowboy Bebop.

I don’t think we have to review Cowboy Bebop. You know what it is. You’ve seen it. You’ve heard it. While the ‘3, 2, 1, Let’s Jam’ opening line of ‘Tank’ remains iconic and easily identifiable all these years later, the genius of the Bebop soundtrack goes way beyond that. Whether we’re talking the Jazz and blues numbers peppered throughout the background of the show that give the show so much flavor or its devastating, haunting vocal cuts like ‘Blue’ which plays out the heartbreaking finale, all the music Yoko Kanno created for Cowboy Bebop has stood the test of time as some of the best music ever created period. Take ‘Rain’ for example, having Steve Conte belt out ‘Walk In The Rain, In The Rain, In The Rain’ over solo organ playing? Absolute mad genius. Of course, it’s not just that the music in Cowboy Bebop is good on its own, it’s how Shinichiro Watanabe applies it to animation to create something magical beyond the sum of its parts.

Let’s take the track ‘Space Lion’ which appears in the episode’ Jupiter Jazz Part 2′, for example. The song alone features that same ‘I can’t believe someone, more accurately Yoko Kanno, came up with this’ energy that ‘Rain’ has. It starts out as just a lonely, slow saxophone line over some synth pads that make the whole thing atmospheric. As it goes on, tribal drums and indecipherable high pitched vocals come in breathing more ‘life’ into the track. Eventually, you have the drums, the sax, and the vocals going off together and it takes you to another world. Shinichiro Watanabe plays out the last five minutes or so of ‘Jupiter Jazz Part 2’ the song.  The slow sax part soundtracks the last conversation Spike will ever have with an old friend who’s dying right in front of him, upping the haunt factor. As the additional elements come out to play, he cuts to snapshots of Faye, Ed, and then a sunset over the cliff as an indigenous person talks to someone younger around a campfire. The song then plays out over the credits instead of ‘The Real Folk Blues’. You feel the totality of the two-part episode that just passed and meditate on life itself. It’s some genius soundtrack that uses great music but doesn’t fall back on the music being great alone, still employing actual direction to get its artistic poignancy across. Cowboy Bebop has many moments just like this.

Yoko Kanno would of course return for the Cowboy Bebop film but the two wouldn’t do their next series together until a decade after. Of course, that’s largely in part to the fact that in-between Cowboy Bebop Knockin’ On Heaven’s Door and Kids On The Slope, Shinichiro Watanabe only directed one TV anime, the essential Samurai Champloo. She did soundtrack his 15 minute short Baby Blue he did for Genius Party in 2007, which you can read about here. It’s Watanabe’s most underrated creation. The duo’s next big effort, which was also Shinichiro Watanabe’s big return to anime, was the aforementioned 2012 Kids On The Slope.

This time around, it was like the two said Bebop wasn’t Jazzy enough, with Yoko channeling the spirits of John Coltrane, Charles Mingus, and Miles Davis to get the job done. Actually based on a manga by Yuki Kodama, Kids On The Slope is a 1960s period place that centers around two friends who discover the joy of playing Jazz together. To get the job done right, Shinichiro Watanabe used a technique called Rotoscoping for much of the performance animation. Rotoscoping is when animators will trace over live-action footage to portray realistic movement. It’s a technique not seen in anime often, with its last big outing The Flowers Of Evil scaring of the masses for not looking very anime-y. However, Watanabe only used it to animate actual musicianship in Kids On The Slope which gave the musical segments of the show a kinetic and dynamic effect. Coupled with the “capital J” jazz soundtrack Yoko Kanno whipped out, Watanabe successfully captures the spirit of live performances in a way I’ve never seen another animation do.

After Kids On The Slope, Watanabe came out with two shows just a couple years later in 2014. Unfortunately, neither were huge successes although Yoko Kanno did work on both of them. We put out a piece on the criminally underappreciated Space Dandy earlier this week which I’ll let speak for itself, as Kanno only contributed some songs to the project and didn’t soundtrack the whole thing. She did, however, do all the music for Terror In Resonance, which might be considered the black sheep on the Watanabe family. The 11 episode show about high school terrorists had some ambitious concepts but didn’t really catch on despite the magic duo once again teaming up. Unfortunate it terms of the fact that it featured some great soundtrack work by Yoko Kanno who went in an electronic and experimental direction for the show. Reminiscent of some of her work on Stand Alone Complex, there’s a neat mix piano keys, synth atmosphere, and other oddities that culminate in as a worth edition in her discography. At the very least, you should check out the show’s opening (and then look up the tracks ‘lolol’ and ‘nc17’) which she also composed.

Shinichiro Watanabe remained dormant for a few years after Kids On The Slope and Terror In Resonance until finally resurfacing once again for Carole & Tuesday this year. Another series where music played a main role, Watanabe opted to work with a number of prominent western musicians for the soundtrack. We don’t know when and if Yoko Kanno and Shinichiro Watanabe will team up again, as she any anime work since 2014 either, but we hope they do. When Kanno and Watanabe come together, generally we get some of the best anime ever made out of it. No one can deny just what Cowboy Bebop means to the art form and to audiences all around the world, and Kids On The Slope is required 2010s anime watching to be sure. With Watanabe being known to dip for years at a time though, we might have to wait a while but we promise it will be worth it if and when it comes.

Sci-Fi at the Turn of the Century: Macross Plus