Shining Force Popularized the Tactical RPG Genre in the West 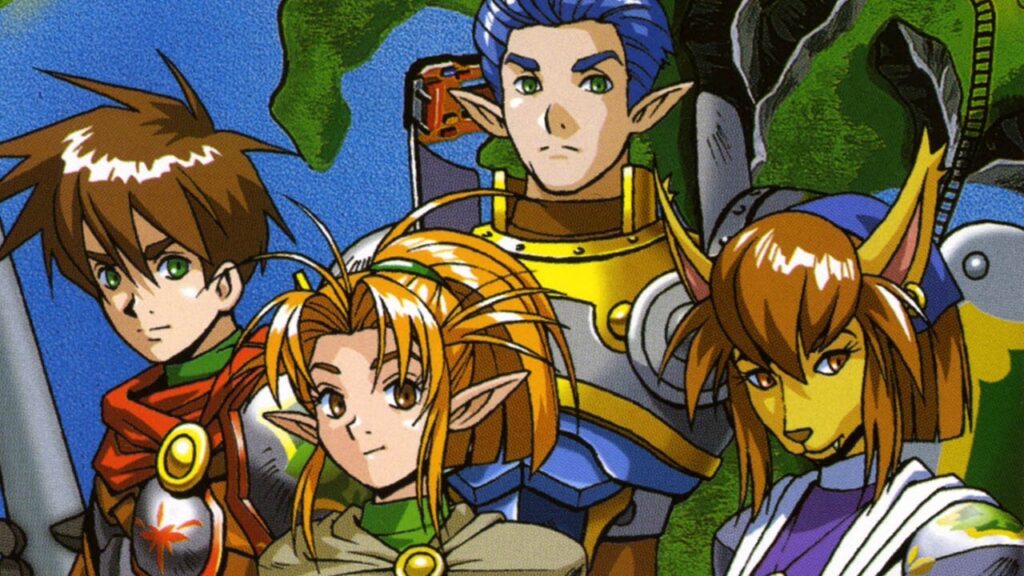 Tactical RPGs gained popularity over the late 80s in Japan, starting on PCs like the NEC 8001 and 8801 before moving onto consoles such as the Famicom. There, some of the long-standing classics like Fire Emblem and Famicom Wars made their debuts. It was on the Mega Drive / Genesis with Camelot Software Planning (Also known as Sonic Software Planning in honor of Sega’s mascot)’s Shining Force however, that this style of tactical RPG would leave Japan to establish a foothold in the west and the rest of the world.

So how did this new genre make a splash with console gamers in the West who were still mostly unacquainted with Japanese style RPGS?

Well, beyond the new style of tactics-based strategy gameplay, Shining Force was able to appeal to a generation of gamers eagerly welcoming the 16-bit era and its technological advancements into their living rooms with superior aesthetics as well with detailed, full-body-sized sprites for both the friendly and enemy units as combat played out, and similarly intricate character portrait art displayed during scenes with spoken dialogue. The cinematic nature of this design choice coupled with the charm of the individual characters gave the game a  level of depth that was still rare amongst the fresh new generation of 16-bit games.

From here, a legacy that spanned throughout the 90s and into the next decade began, and although none of the games ever became explosively popular in the mainstream, they have established a loyal fanbase that to this day has Shining Force amongst other titles permanently etched in their minds and hearts as one of the all time classics, if not the originator of the genre itself.

Shining Force is part of a series of “Shining” games. In fact, the first one to be released chronologically was Shining in the Darkness, a first person dungeon crawler turn-based jRPG for the Mega Drive / Genesis released in 1991. One of the main focuses during development of Shining in the Darkness was a realistic experience, so special attention was given to graphics and sound design.

This carried on through to Shining Force the following year, along with the universe the game was set in, as many of the early games in the franchise allude to some of the same locations and characters. Shining in the Darkness even established the primary antagonist of Shining Force and many of its sequels with Darksol and his lineage. The stories of the games do not occur in chronological order (Shining in the Darkness actually takes place after quite a few of the Shining Force games), thus the collective lore of the collective Shining series is a bit complicated to unravel. While each game is a standalone tale, tidbits pertaining to the plot and character relationships found in each are hidden within others.

With the framework to a universe established, Camelot moved forward in developing more ambitious titles.

Shining Force II, released just one year after the first Shining Force, is perhaps one of the most well established games in the franchise, being one of Sega’s most prominent offerings during a period where the so-called console wars were at their peak. Shining Force introduced the western world to what the tactical RPG could be with the right attention to detail, then Shining Force II came along and did everything the first game did, except better.

More detailed sprites, noble villains, detestable demons, and a much longer, more drawn-out main story. The depth of the characters in Shining Force II made it perhaps the closest thing 16-bit era Sega had to compete with Nintendo’s much more diverse library of character-driven jRPGS, spearheaded by Squaresoft amongst other giants in the genre at the time. While the three “Shining” games on the Mega Drive / Genesis were not the console’s only strong RPG offerings, the characters present in Shining Force II felt like they filled a void in the console’s repertoire that Nintendo had more than covered.

Trilogy-based Stories? Shining Force has Two of Them!

Unfortunately, if you lived outside of Japan, it was unlikely that you have experienced either of them to their fullest.

This formula was followed up once again for Shining Force III on the Sega Saturn, which featured three separately released scenarios, each a full game worth of plot and characters that intersects with a larger overarching story. The first such scenario was released in North America, albeit in very limited quantities as the console was already struggling to establish itself in the west the same way it had in Japan. The 2nd and 3rd scenarios, as well as the premium disc that featured additional supplemental content were never officially localized as a result, much to the dismay of fans of the series who would never get a chance to play the greatest-in-scope magnum opus of the golden era Shining franchise. Some other Shining franchise titles such as Shining the Holy Ark, and Shining Wisdom had managed to make it West previously, but like the Saturn itself, neither of these titles had left much of an impression.

The localized release of Shining Force III (scenario I) as well as the Japanese only premium disc still fetch rather high prices from collectors on auction sites such as eBay to this day, due to their scarcity. Shining Force III was also the last Shining Force title handled by Camelot.

Where did Shining Force Ultimately End Up?

Many of the original Shining Force games have received remakes in various forms over the years due to their popularity and place as genre classics, although history has repeated itself in that the West usually misses out when this happens.

Shining Force: Resurrection of the Dark Dragon was a remake of the original Shining Force for Gameboy Advance, with updated visuals, that did get a western release. The Shining Force Gaiden trilogy in full also received at different points in time, both virtual console releases on the 3DS, as well as mobile phone remakes under the title, Shining Force Chronicle I / II / III respectively. These were all left in Japan.

The Playstation 2 bought about new entries in the series with Shining Force Neo in 2005, and Shining Force EXA in 2007, both of which were developed by Neverland, a Japanese game studio responsible probably best known amongst jRPG fans for Estpolis Denki aka Lufia and the Fortress of Doom, as well as its sequels. Neo and EXA discarded the turn-based tactical style gameplay traditionally found in Shining Force for action-RPG style gameplay. Both received releases in North America, and EXA a port 10 years later for mobile phones, but ultimately neither left any sort of meaningful lasting impression in the way that the 90s titles had.

The Shining franchise as a whole has suffered to produce a memorable title since the 90s, perhaps as a result of Camelot’s lack of involvement with the series moving forward. During the production cycle of Shining Force III, the relationship between Camelot and Sega had suffered greatly, resulting in an eventual move to Nintendo where they would be involved with Golden Sun on the Gameboy Advance, its eventual sequels, as well as many Golf and Tennis related Mario titles.

The Shining franchise has effectively been orphaned off and mistreated over the years. Even if it had not been, who knows if a modern day Shining Force title could shine in the same way its predecessors once did; they are, for the better, peak-retro style at its finest. There still might be a chance for some of the older titles to gain new traction, as one of the Game Gear Micro units teased by Sega recently features all 3 Shining Force Gaiden titles. Perhaps the West won’t be left out this round.