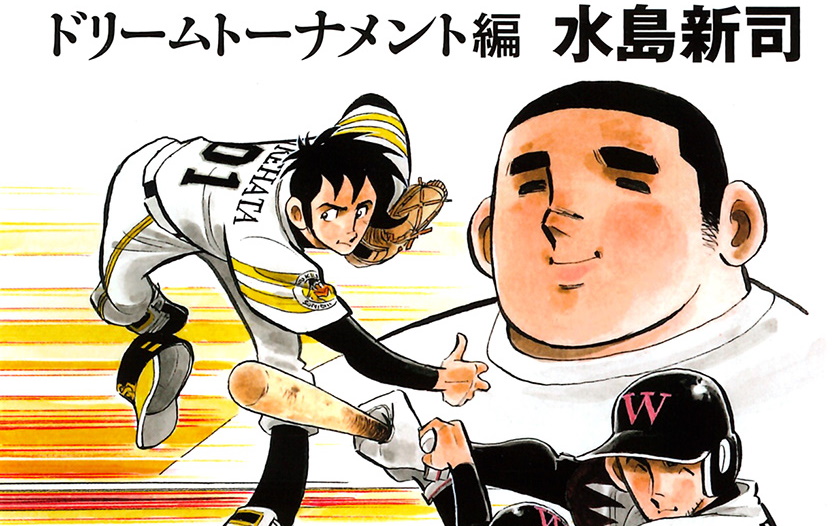 Dokaben is one of the longest-running manga ever and has inspired many young people to take up baseball over the years. Beginning back in 1973, the series has continued in many different iterations all the way up until 2018, putting out a total number of 205 collected volumes. Undoubtedly, series author Shinji Mizushima has earned his retirement, which he announced today.

Speaking via a press release, Mizushima said that he ‘began his career as a mangaka back in 1958’ when he was only 18, and has ‘worked hard until today for 63 years.’ Yet, he has ‘made the decision to retire as of today.’ Giving his thanks to ‘all of the people at the publishers’ who supported him ‘for many years’ as well as ‘people in the manga industry, the baseball industry, and the production staff,’ he also expressed his hopes for the future, saying that he ‘prays for the continued development of the manga and baseball industry from here on out.’ He is currently 81 years old.

Considering Shinji Mizushima’s advanced age, it comes as perhaps no surprise that he would choose to retire. Nevertheless, the outpouring of support online has been staggering: a recent article by Oricon collects some of this. One fan described himself as a ‘former baseball kid,’ saying that ‘Dokaben was unique in that it didn’t aim for realism in the same way that many baseball manga do. Each and every character was entertaining and depicted with charm’.

Another fan said, ‘There’s probably countless kids out there who adored Mizushima-sensei’s work and decided that they wanted to become baseball players. Mizushima-sensei, thank you for your hard work.’ This is actually true, as former Hawks catcher Nobuyuki Kagawa was nicknamed ‘Dokaben’ after the series’ protagonist, Tarou Yamada, for his similarly large body.

Before announcing his retirement, Shinji Mizushima was working feverishly. The latest entry in the Dokaben series, Dokaben Dream Tournament, only came to an end in 2018, and outside of his career-defining series, Mizushima also won the Shogakukan Manga Award twice for his works Otoko do Ahou Koshien and Deba to Bat in 1974 and 1977, respectively.

I’d say that he’s definitely earned his retirement, even if he will be sorely missed!