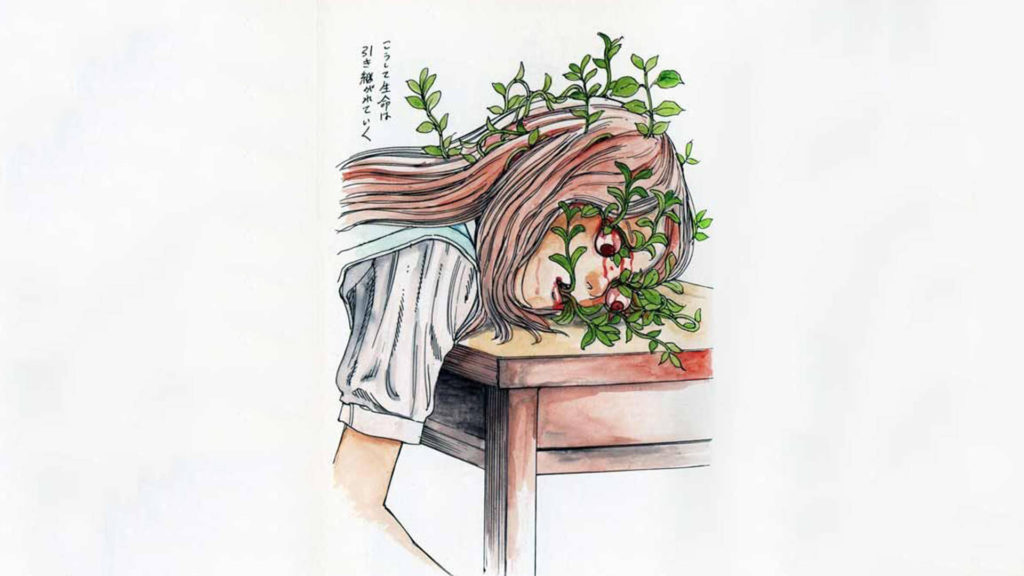 The upcoming live-action film adaptation of Joe Hill and Stephen King’s classic In the Tall Grass novel has earlier today received some pretty exciting news. Following an announcement shared via the Twitter account of Vincenzo Natali, director of the In the Tall Grass adaptation, we learned that legendary illustrator and creative Shintaro Kago would be handling conceptual designs for the upcoming film. Best known for his signature body horror paintings and manga series, Shintaro Kago has long been a praised creator within his respective field.

I am deeply honored and proud to announce that @shintarokago is the conceptual designer of my adaptation of @joe_hill ‘s and @StephenKing ‘s IN THE TALL GRASS pic.twitter.com/FoBOFCCqOn

Originally published in 2012, In the Tall Grass was the second collaborative book between Stephen King and his son Joe Hill following the earlier-released Throttle. Three years after the book’s original publication in 2015, it was announced that there would be a live-action adaptation of the film produced, with Vincenzo Natali acting as director. With that being said, the project never picked up off the ground. It would be in 2018, however, that Netflix would announce that they had acquired the rights to the film and would appoint Vincenzo Natali as director.

While the attached image may purely be a concept design for the film, there’s certainly a lot of reason to be excited. Bringing the worlds of powerhouse horror author Stephen King and body horror genius Shintaro Kago together for a single project could only possibly work out incredibly, so here’s hoping that Vincenzo Natali is able to bring out the maximum potential of both.