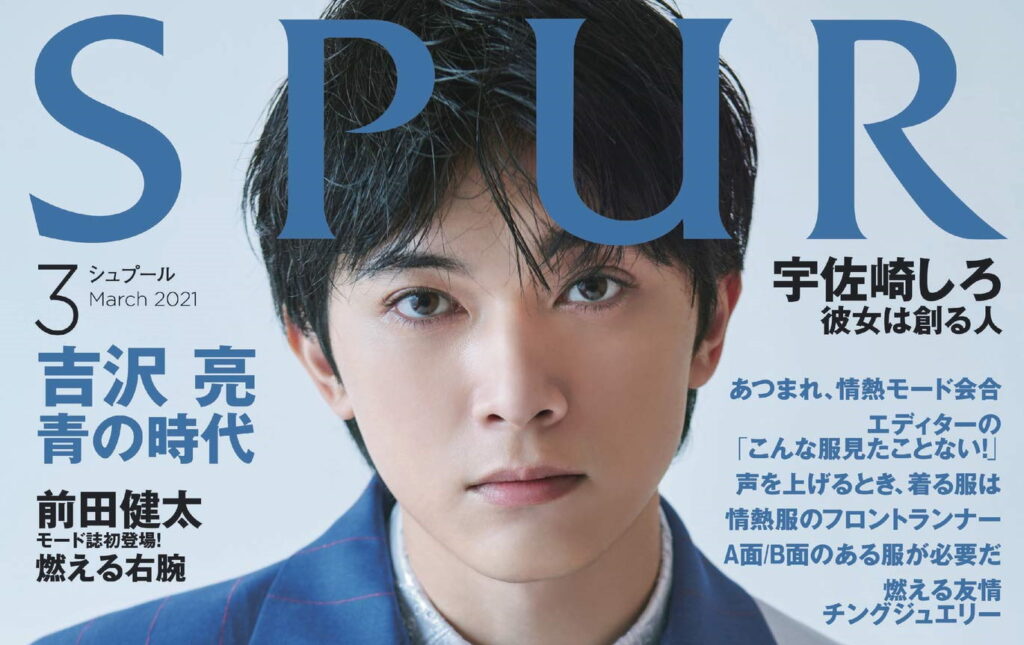 After making her long-awaited return to the pages of Weekly Shonen Jump with the one-shot Enen no Cyclops last month, former Act-Age artist and illustrator Shiro Usazaki has contributed three pieces to the latest edition of SPUR magazine, intended to promote Mame Kurogouchi’s upcoming Spring/Summer 2021 collection. While the fashion element here isn’t admittedly this author’s strong point, the illustrations are pretty nice and show what kind of form the artist’s career is taking post-Act-Age, if only for the time being.

The illustrations in question are themed around the concept of ‘window’ (窓) and depict three different women of different ages in clothing taken from Mame Kurogouchi’s upcoming collection. Usazaki explains her thought process behind the pieces in an ‘interview’ available via the official SPUR YouTube channel: while her voice isn’t present, her words are displayed on screen.

With regard to the first illustration produced for Mame Kurogouchi, Shiro Usazaki explains that the character is ‘struggling to move forward while pushing aside the curtains that blur the boundaries between her own world and the world outside,’ and that the second illustration represents her desire to ‘be a strong person who can face anyone [she] meets, respecting their individuality and existence.’

Finally, she says that when she thinks ‘I can’t draw anymore,’ she ‘returns to the rough draft’ and ‘seeks to regain [her] passion, little by little.’ That’s actually very good advice, for both aspiring artists and professionals alike.

This Mame Kurogouchi collaboration isn’t the first time that Shiro Usazaki has lent her talents to a third party: that was arguably back in 2019, for Act-Age’s first anniversary. In fact, since then, she’s only increased the number of collaborations she has done, including the cover art for the Virtual YouTuber Kaf’s second album, and several inserts for a special edition of Weekly Playboy.

The fact that Playboy, SPUR, and Jump are all published by Shueisha no doubt has something to do with Mame Kurogouchi and Shiro Usazaki coming together in this fashion, but that’s not such a bad thing: in the absence a new series, just getting a chance to see more of her fantastic art is good enough. If Usazaki continues to do collaborations for the time being, then so be it!

The latest March issue of SPUR is on sale now.