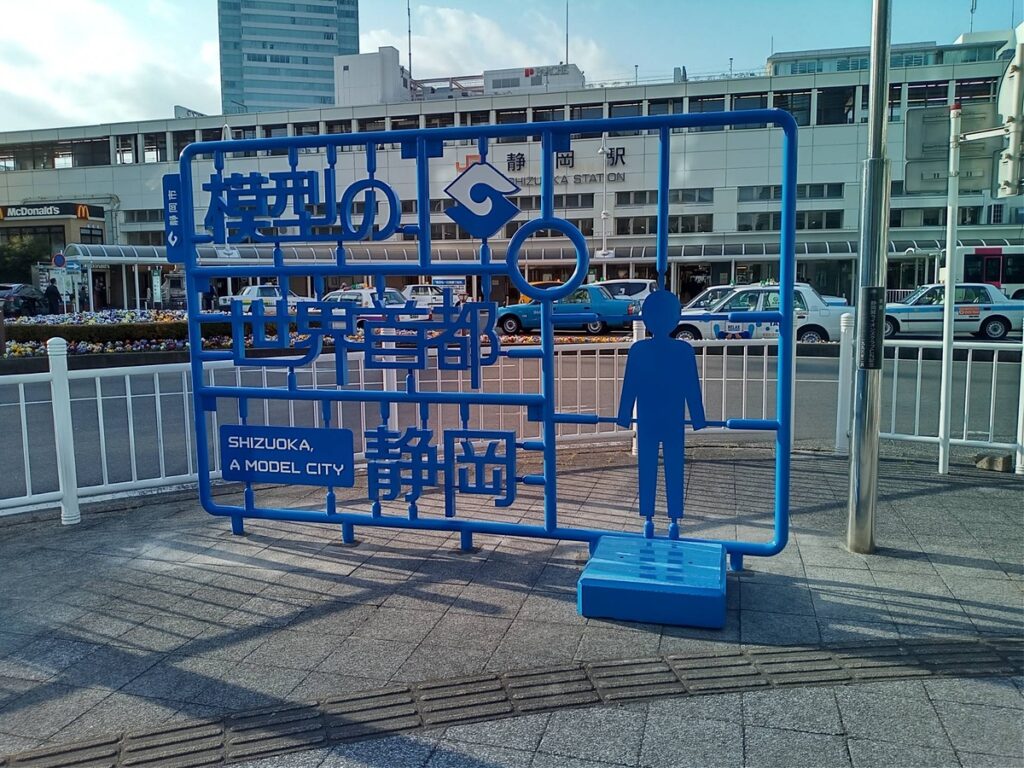 Coastal towns put up monuments to fishermen, and farm towns celebrate farmers. If you’re Shizuoka and home to both Tamiya headquarters and Bandai Spirits factories, the natural thing to do would be to celebrate plastic models.

As you can see, these decorations are pretty cool. The one at Shizuoka City Hall is a functioning Japan Post mail box. At JR Shizuoka Station, a large display lets you know that you have arrived in ‘Shizuoka, a Model City.’ Another display at the station is a PR sign designed by model box artist Eiji Shimamura. The sign includes information about Shizuoka Hobby Square, a local museum; and the Shizuoka Hobby Show.

They all look like they came straight out of a giant model kit box, ready to be detached from their plastic spurs and put together. (But who would do that, when they look so perfectly unassembled?) The ‘plastic’ models are actually stainless steel.

According to Hobby Watch, Shizuoka City Mayor Nobuhiro Tanabe said in a statement that he wants to promote ‘the uniqueness of Shizuoka.’

When Japan already has regional tours promoting real-life anime locations (including Shizuoka), an increase in tourism seems like a definite possibility.