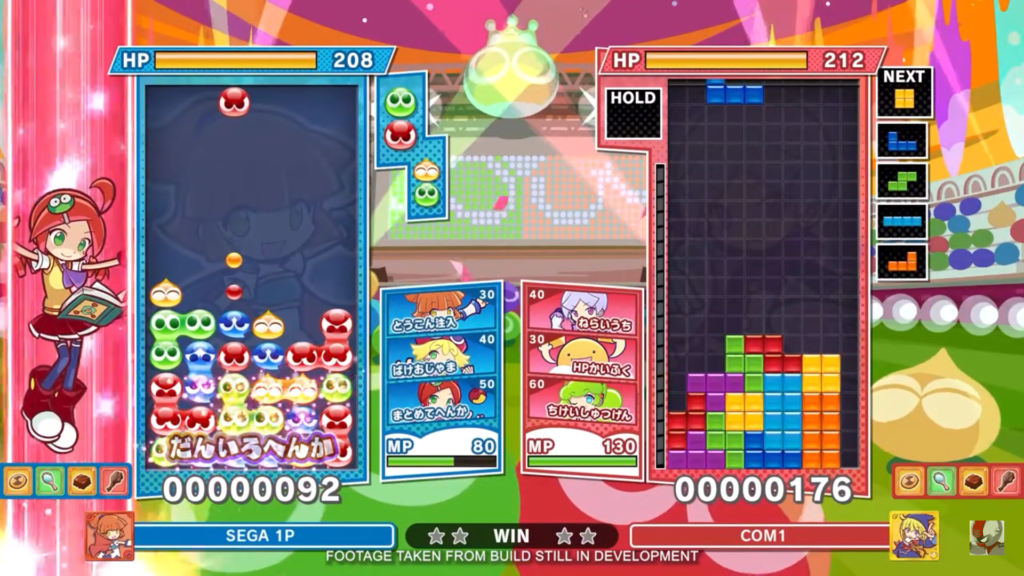 Tetris. As simple as it is compulsively addicting, some would argue it’s ultimately the perfect video game. Sure different editions have had different aesthetics and modes over the years, but the core Tetris gameplay has remained nearly the same since its i1984 inception in the USSR. Puyo Puyo enjoys a storied history and dedicated player base of its own and while it’s not the international phenomenon Tetris has been throughout its lifespan, people who have tasted the joys of Puyo Puyo stick with it for life. The 2014 crossover Puyo Puyo Tetris, which didn’t make it outside of Japan until 2017,  was an unexpected joy and its suprise sequel Puyo Puyo Tetris 2 is sure to be too.

Originally announced at the most recent Nintendo Direct, SEGA will be bringing Puyo Puyo Tetris 2 to all current and next-gen platforms this holiday season and to PC next year. Subtitled ‘The Ultimate Puzzle Match’, and we’re sure it will be, the sequel boasts a new Skill Battle mode that incorporates equipable, an all-new story, better online functionality, new characters, and some DLC to come. This is only a hope, but if that DLC tapped into SEGA IPs for music and characters we could justify throwing some money at it.

Admittedly it seems more like an expansion of the first release than it does a new game from the ground up, but with how many hours of play the original generated, we’re willing to double-dip. You can play Puyo Puyo, you can play Tetris, and you can play the fusion Puyo Puyo Tetris which takes a real deal Galaxy brain to do. Honestly, it’s worth having Tetris on every piece of media you own and this version of the brick building and brick destroying game comes with a whole second great game, so what’s not to love?