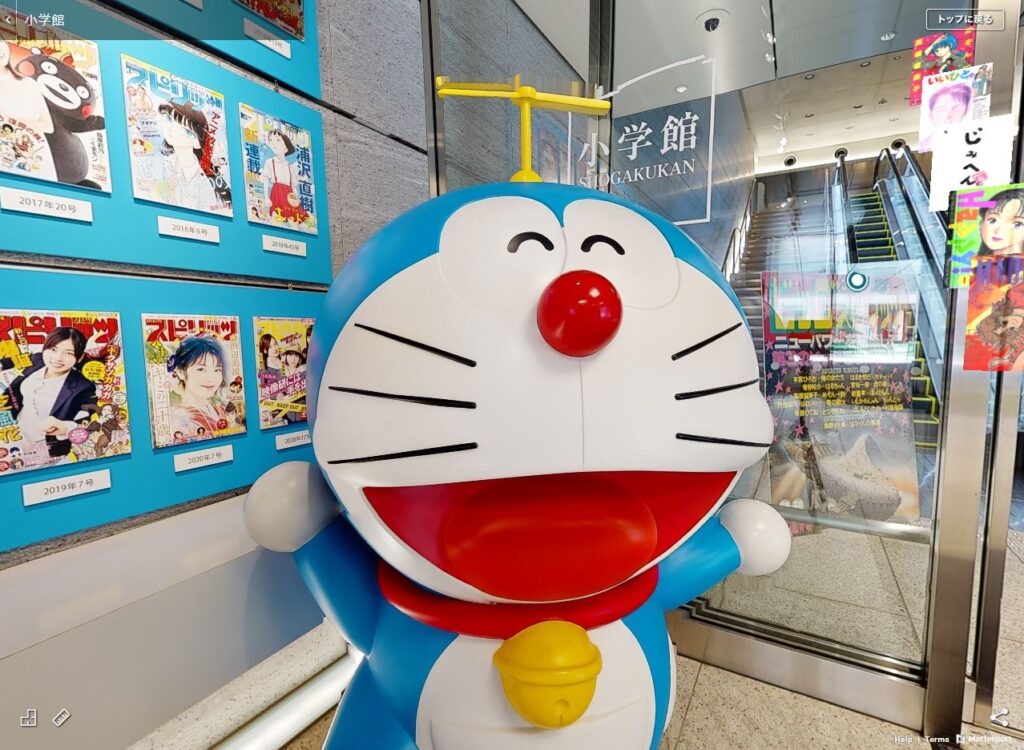 Have you ever wanted to go for a tour around Shogakukan HQ? I have, but, unfortunately, the Coronavirus situation complicates things somewhat. Never fear, however, as the ongoing celebrations for the Weekly Big Comic Spirits 40th anniversary have led to a virtual tour of the Spirits offices being created – not the entirety of the Chiyoda building, but a good portion of it nevertheless.

Starting outside on the streets of Hitotsubashi in Kanda, the Spirits virtual tour takes you inside, through the Shogakukan lobby, up to the second floor and up again to the sixth – where the Big Comic editorial offices lie. It’s not the entirety of the Shogakukan building, as stated, but it is a good portion of it – with plenty of hidden goodies inside.

As it turns out, some of the projects unveiled beforehand for the Weekly Big Comic Spirits 40th anniversary were actually intended for this virtual tour, being incorporated into the real-life location way of augmented reality. In particular, the ‘Extraordinary Women’ exhibition with contributions from such artists as Naoki Urasawa and Inio Asano is available to peruse here, alongside a gravure exhibition and ‘Spirits Virtual’ exhibition, coming soon.

By far the most exciting part of this Spirits virtual tour, however, is going up to the sixth floor and having a gander around the editorial offices. Here is where the magic happens – where the magazine is put together, series edited, and authors consulted. Obviously, it’s pretty empty right now due to COVID-19 (and putting together the photos for this tour), but it’s not hard to imagine this being a place full of creative energy and passion. 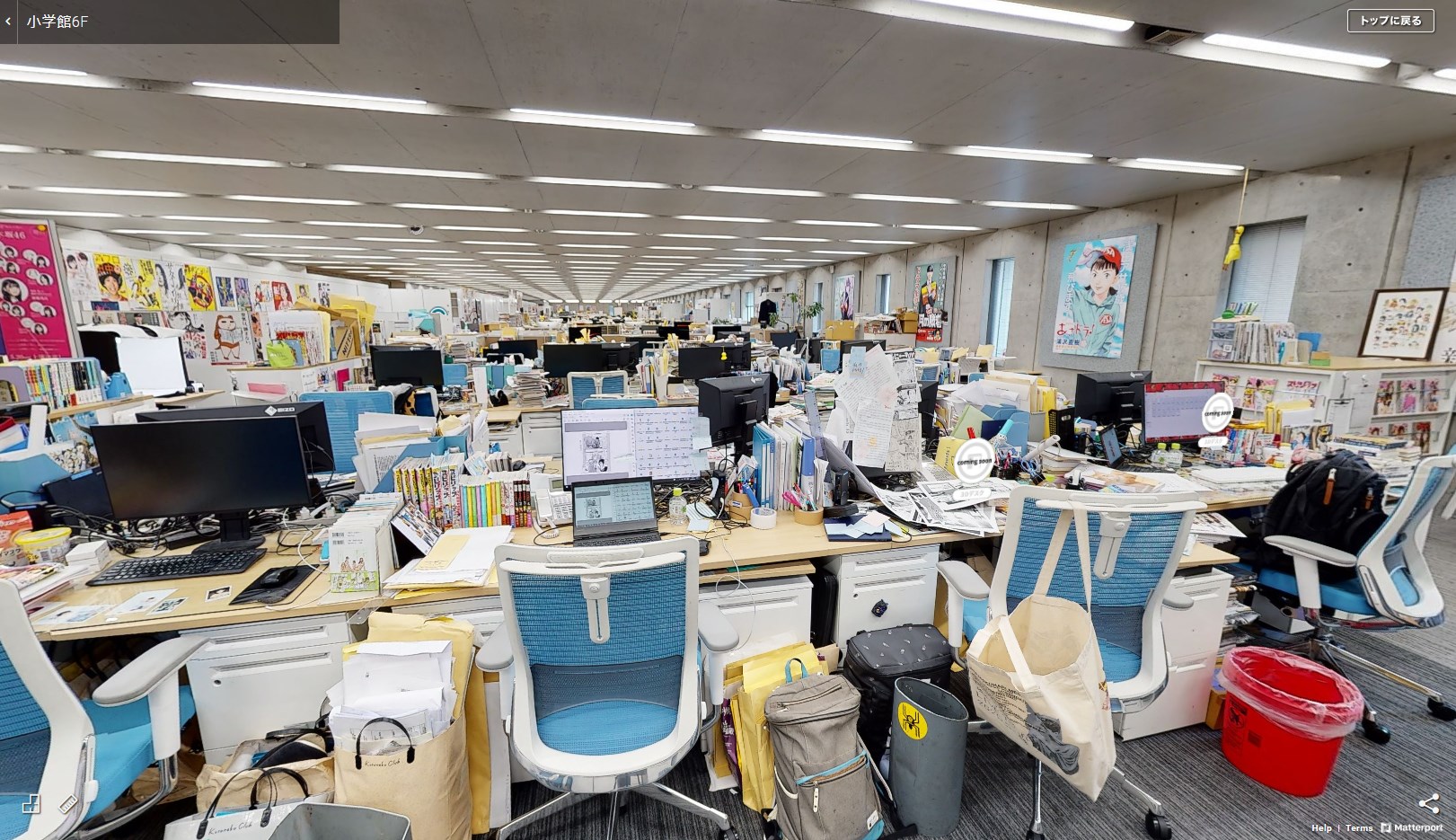 Unfortunately, you can only access part of the Spirits offices as part of this virtual tour (the entire left part is off limits), but what you can access, you can do so in particular detail. This even extends to going up to editors’ desks and seeing how unorganized they are – Keep Your Hands Off Eizouken! editor Chiyoda wasn’t very happy that his was captured in all of its chaotic glory.

Chiyoda’s tweet also tells us that November 21 will see some of the desks in the Spirits virtual tour be made available in “360 view,” so definitely keep an eye out for that. In the meantime, however, there is a small version of the Big Comic catfish logo (called Namaza-kun) hidden somewhere in the offices – find it, and you’ll be taken to a “secret room.” Happy hunting!