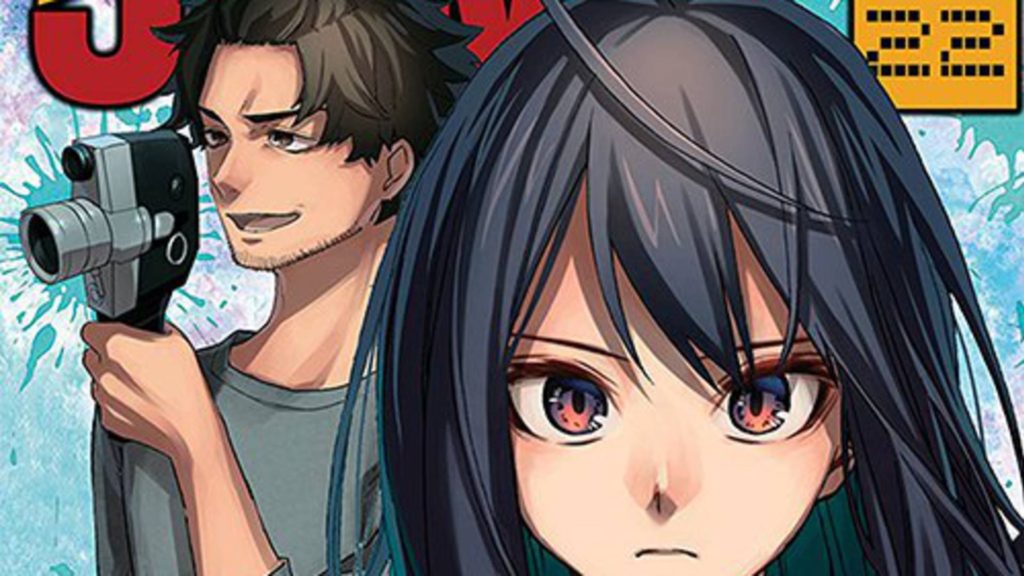 Considering the success of Bakuman in it’s run in Weekly Shonen Jump from 2008 to 2012, it was probably only a matter of time before it’s imitators began to show up.

Today we’ll be taking a look at ACT-AGE, the latest addition to Weekly Shonen Jump stemming from newcomers Tatsuya Matsuki and Shiro Usazaki, who follow in the footsteps of the Death Note and Bakuman powerhouse duo Tsugumi Ohba and Takeshi Obata in creating another manga based around the world of a certain profession. This time, however, instead of creating manga, Matsuki and Usazaki center their story around acting. Our protagonist is high-schooler Kei Yonagi, who has always dreamed of becoming an actress and has an amazing latent potential for method acting. Guiding her is genius but mysterious director Kuroyama Sumiji, along with his assistant and Yonagi’s younger siblings. The series is currently in serialization in Weekly Shonen Jump.

At the time of writing only seven chapters have been released, but already the series has several key conundrums it needs to address. Firstly, just how well will the two rookie authors cope with the hectic serialization environment? Even the best, most creative authors are whittled down over time – Yoshihiro Togashi, the Hunter x Hunter mangaka, comes to mind – and so it wouldn’t be far-sighted to assume that the duo will face some serious hardships in crafting their story, something that can prove a challenge in pushing consistent quality content. Even if they are a duo and their workload is effectively halved, serialization can be a tough workflow that needs to quickly be adapted to.

Secondly, unlike Bakuman, ACT-AGE lacks an inherent central structure to the story, which makes life hard for the authors. Whereas Ohba and Obata could rely on the mechanics of Weekly Shounen Jump, such as weekly rankings and one-shots to springboard their ideas of off; ACT-AGE is not afforded such a luxury. After all, the concept of ‘acting’ is a huge topic and encompasses many mediums, from film and television to radio and theatre. It will take some creativity in finding a central structure for the series, as without one the possibilities of where the series could go are far too broad. In the short term at least, it does seem that the authors are aware of this, and have already moved into a tournament arc in the form of auditions for a movie. However, in the long term, it remains to be seen whether or not the authors can tie the story to a central structure as Bakuman did, which will help sustain the series in the long run.

In turn, Bakuman casts a huge shadow over the series. The series’ popularity and commercial success were no doubt one of the reasons that ACT-AGE was approved for serialization in the first place, which is why I keep comparing the two, but to even come close to Bakuman in terms of quality is a hefty goal. For four years and twenty volumes, Bakuman was an expertly paced and told an incredibly insightful story with a vibrant and memorable cast of characters, crafted by two experienced authors at the height of their skill. The latent differences between it and ACT-AGE could not be more apparent.

In response to this challenge, the series has two options – either establish itself as a series distinct in identity from Bakuman or match it in terms of quality. Both are equally difficult, but it is imperative that the series addresses the shadow looming over it.

Despite these challenges, the series does have a certain charm to it that has kept me excited for each new chapter. Usazaki’s art style is unique but expressive, something essential for a manga about acting. Yonagi’s character design, gangly and seemingly unhealthy, along with her abrasive and quirky personality makes for one of the more interesting Jump protagonists, even if Kuroyama’s self-confident and arrogant personality does seem a little tried and tested in contrast.

In addition, much like Bakuman, the series clearly has a passion for the art of acting and has already succeeded in showing many differing, interesting sides to the craft. The first chapter saw Yonagi’s strengths as a method actor in action, with her subconsciously defending her siblings from an imaginary wolf, but was later explored further as a weakness, as she could not stand idle during a scene where a child was murdered despite being told to do so by the director, because it would betray her own thoughts and feelings. This short exploration of how method acting can hinder an actor since they cannot do something that would betray their own experiences has already proven to be an interesting plot point that I’m sure will be explored further.

Even though I did point out the potential pitfalls ahead for the rookie authors, I must admit that the series has been, so far, very well paced and developed. Each chapter has served as both a satisfying slice of dramatic action, as well as a tantalizing taste of what is to come. Furthermore, instead of launching straight into the story, the authors took their time in the first seven chapters to firmly establish the characters of Yonagi and Kuroyama, which will serve as an important groundwork for the reader in the future as the series will undoubtedly introduce more characters. Thus, the first seven chapters haven’t been groundbreaking in terms of story events, but since they have served this introductory purpose, they haven’t felt unnecessary or uninteresting.

What’s more is that the authors do seem to have somewhat of a plan for the future of the story, as in the last chapter we were finally introduced to the ‘angel’ of the acting world Momoshiro Chiyoko, who was already hinted in the first chapter when she was seen on a billboard that Yonagi was looking up at. This clearly shows that the authors have the future of the series already somewhat sketched out, which will hopefully allow them to continue to pace the story well like they have been doing in the initial chapters.

As it stands, these are only initial impressions, but ACT-AGE does seem to have a lot of potentials to become a worthy addition to the Jump line-up, but only if it can effectively navigate the pitfalls ahead of it. I really hope that the authors can overcome their rookie status and go on to create something truly great, something that can rival Bakuman. Even so, until the first volume of the series comes out, I wouldn’t recommend jumping into the series just yet, for fear of it being canceled if a drop in quality occurs.

You can find out more information about ACT-AGE here (Japanese) and here (English). Viz is also translating the series in their English version of Weekly Shonen Jump.

Shiro Usazaki’s Return Might Come Sooner Than You Think