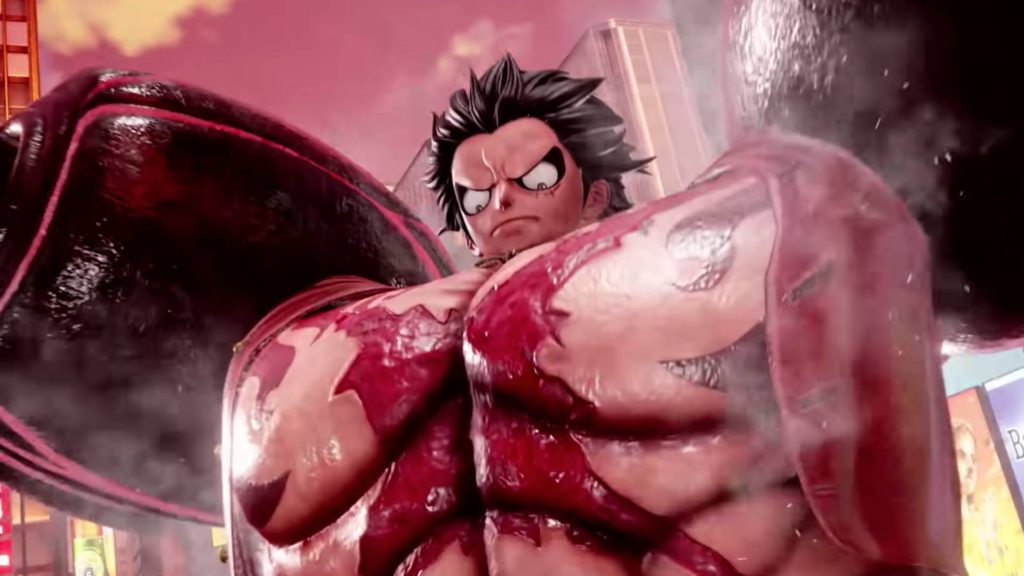 There are lots of surprise announcements every year at E3, and but one of the many so far this year was the new fighting game featuring characters from Weekly Shonen Jump, titled Jump Force.

Bandai Namco Entertainment debuted the above trailer during the Microsoft conference, and it shows off the basic premise of the game – that the universes of various Jump properties have collided – as well showing off some key characters in action. We got to see Goku, Luffy, and Naruto all duke it out against Frieza in both pre-rendered cinematics and what looks like to be some in-engine gameplay footage. The end of the trailer left us with a sting of Light Yagami and Ryuk watching over the battle – teasing their involvement in turn.

Concrete details wouldn’t be shared until a little later in the above interview conducted by IGN with the game’s producer Koji Nakajima, however, who has worked on various Dragonball and One Piece games in the past.

Nakajima first confirmed that the project is, in fact, part of the ongoing Jump 50th-anniversary celebrations, and what better way to celebrate Jump’s long history than letting it’s characters beat the living daylights out of each other? When pressed for details on playable characters, however, Nakajima was noticeably more tight-lipped. He refused to confirm how far back the game will be going into Jump’s long history to make its character roster and whether or not characters from series such as Yu Yu Hakusho or My Hero Academia will be making an appearance, only informing us that more announcements will be coming in the future. One such announcement, in fact, appeared on Twitter not much later, via a screenshot that featured Zoro and Sasuke from One Piece and Naruto respectively.

That being said, Nakajima did let it slip that the roster will be more focused on ‘hero’ characters than others, laughing off the idea that Prince of Tennis and Food Wars! characters could be fighting alongside Goku et al. Although it’s a shame that we won’t get to see some usually pacifistic characters duke it out, as the Light Yagami sting suggests, they will perhaps be involved in the game through its story – so there’s hope yet for Emma from The Promised Neverland.

As for the story, it will take place on modern-day Earth and will feature well-known places such as New York as stages. Nakajima promised that there will be a ‘comprehensive’ story mode alongside the gameplay, perhaps explaining why the universes have collided and the various interactions between the equally varied cast. Furthermore, Nakajima stated that there will be a main villain that all characters will fight against. Whether that will be a Jump character or an original character remains to be seen, but there’s definitely a few strong contenders – Ajimu Najimi, anyone?

Gameplay-wise, the game will be less like the 2.5D fighter Dragon Ball FighterZ than a ‘3 on 3 action fighting game,’ meaning that FighterZ’s popularity probably isn’t at risk after not even five months. In addition, environments will be destructible, letting us see the true power of these mighty heroes reflected in the stages itself. Even so, Nakajima admitted that trying to balance all the characters to the same base power level is something the team is laboring over – a task that requires both creativity and ruthlessness, I’d imagine.

Development hasn’t yet finished core gameplay development, so don’t expect to play the new crossover fighter anytime soon. That being said, there’s certainly a lot to look forward, and Nakajima teased that it won’t be long before they have more announcements, so stay tuned.