Shonen Jump and Ubisoft Team Up for New One-Shot Competition 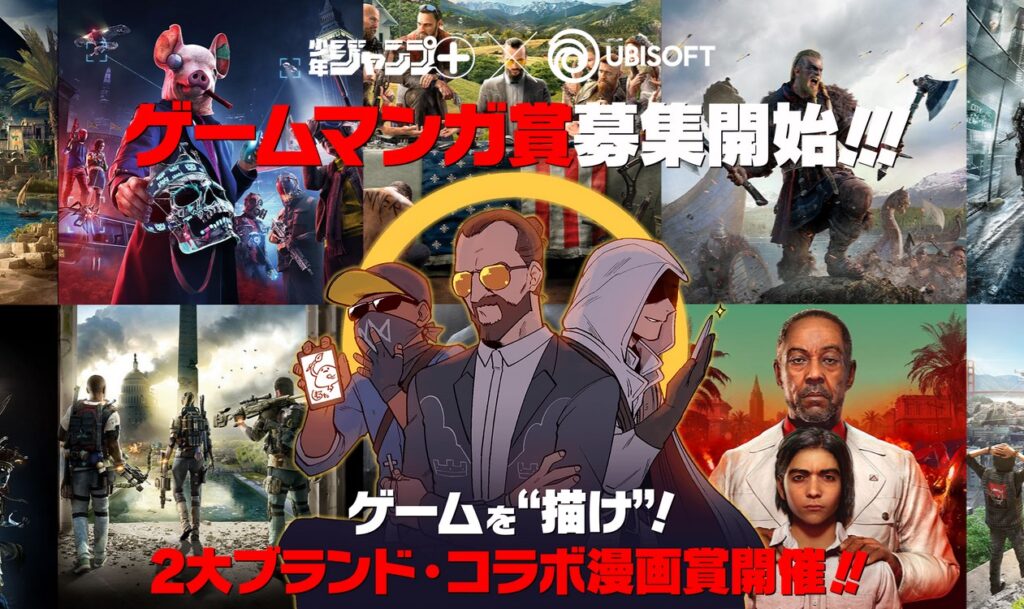 Shonen Jump and Ubisoft are teaming up for a new one-shot competition via the Jump Plus website, asking users to submit entries based on four key series in the hopes of gaining a cash prize. The series in question are: Assassin’s Creed, Watch Dogs, Tom Clancy’s The Division, and Farcry – in other words, all of the publisher’s flagship titles. This is a bit of a surprise, given that Ubisoft hasn’t dipped its toes into the manga world for a hot minute.

Even more surprising is the fact that neither Shueisha or Ubisoft are placing any restrictions on the content or length of the one-shots submitted for the competition. All they ask is that you base it on one of the four series, and submit it via post or the Jump Plus website. They aren’t even asking for any prior experience, nor limiting it to Japanese nationals – provided that the text itself is written in Japanese, of course.

This Shonen Jump x Ubisoft competition seems, then, to be the perfect opportunity for any burgeoning creative who has spent a little too much time traipsing around the game studio’s many open worlds. I know that I, for one, am guilty of this!

What’s more, Ubisoft hasn’t made any concerted moves into the manga industry for a little while. The Assassin’s Creed Chronicles: China adaptation Assassin’s Creed China by Minoji Kurata is currently serialized via Sunday Web Every, but the only prior adaptation came in 2013 in the form of Assassin’s Creed 4: Black Flag – Kakusei (Awakening) by Takashi Yano and Kenji Ooiwa. That came to an end only a year later after Jump X, the magazine in which it was serialized, ceased publication.

The fact that this Shonen Jump competition casts the net so wide, covering four of Ubisoft’s more important properties, is worth noting. While the company may be embroiled in sexual misconduct controversy in the west, there may be scope yet for it to expand its activities in Japan.

Entries for the Shonen Jump x Ubisoft one-shot competition will close in January 2021 next year. The grand prize consists of 1 million yen and a trip to Ubisoft’s Canadian studios, although this could be cancelled due to the Coronavirus. Check the official website for more details.