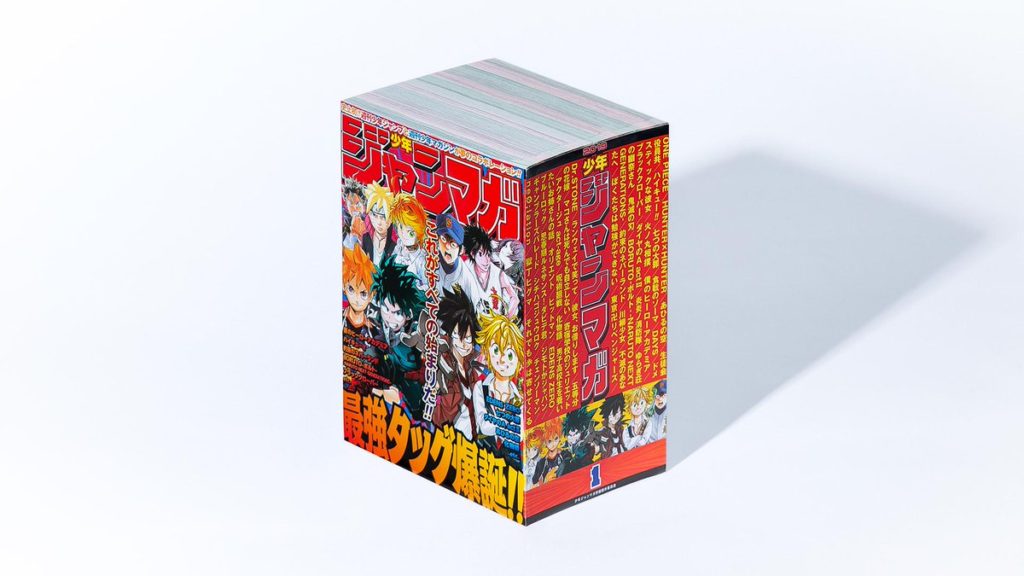 It was two weeks ago that Japanese publishing giants Shueisha and Kodansha announced an unprecedented collaboration between their two foundational manga magazines, Weekly Shonen Jump and Weekly Shonen Magazine. This was their ‘School of Manga’ project, called ‘JumpMaga Academy’ in Japanese, which hoped to ‘educate’ the youth of today in the wide world of manga. The sheer concept of these two magazines collaborating in itself was enough to merit attention, but to celebrate this occasion, the two publishers will be producing a pretty hefty special commemorative magazine.

I mean, seriously. Look at this absolute unit.

Coming in at 13 cm thick, the special magazine collates the first chapters of all 44 series currently serialized in both Weekly Shonen Jump and Weekly Shonen Magazine. That will make it into a seriously valuable collectors’ item – I can tell you from experience that the first chapter issue of any manga magazine retails for a considerably high price in such places as Mandarake, so I can only imagine what a whole magazine of first chapters would go for.

The only way to get your way on this absolute unit of a collector’s item is, however, to participate in the JumpMaga Academy project. A total of three are up for grabs for the winners of three different activities organized as part of the project. The first one will be given to the winner of the ‘Written Expression’ competition, which sees users of the site write a short essay about one manga on the site and submit it to the project’s official Twitter account. A further two will be available to the top rankers in the ‘midterm’ and ‘finals’ quizzes respectively, which test users on their knowledge of the manga available on the site as part of the ‘school’ theme.

All I can hope is that whoever gets their hands on the special magazine realizes it’s worth and properly takes care of it, as in the future it will hopefully serve as a hefty monument to this historic collaboration.

If your appetite for massive manga-themed items wasn’t sated after that, then I have some good news. The JumpMaga Academy project will also be taking over Shibuya station from May 6 to May 12 with a new giant, 30m long display featuring over 120 characters. 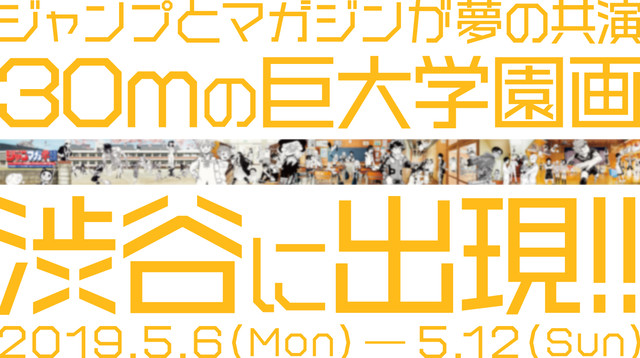 The image is blurred on purpose as to not give away the surprise before May 6, but I can still say this much with confidence: it will also be an absolute unit.