Shueisha and Kodansha Collaborate For New ‘School of Manga’ Project 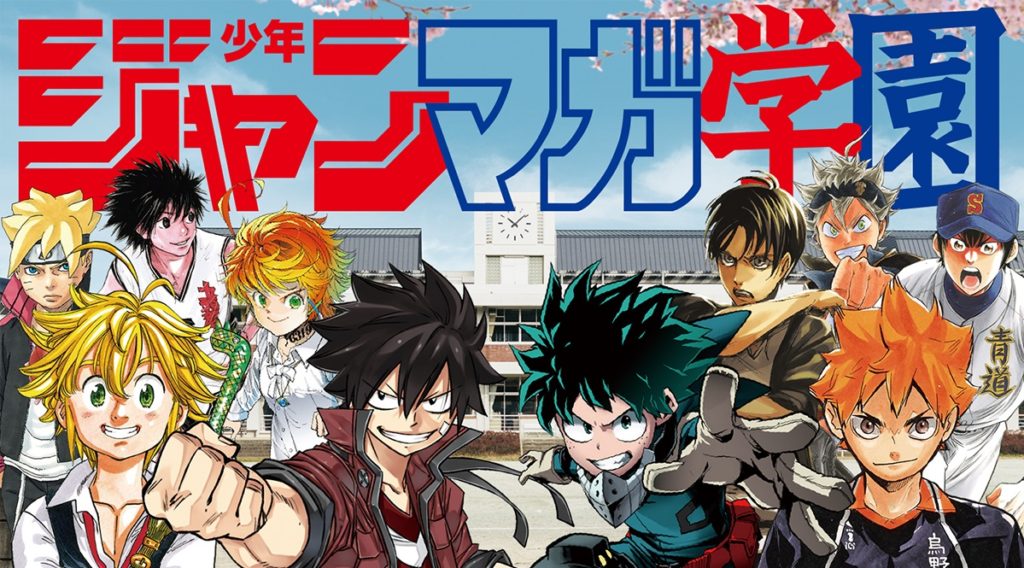 In the manga world, there are two magazines that practically tower over all of their competitors in terms of popularity and sales. Those are Shueisha’s Weekly Shonen Jump and Kodansha’s Weekly Shonen Magazine. These two titans have fought for control of the manga world for decades now, each having their own golden ages and slumps. But Jump and Magazine have been able to set aside their differences, at least for now, to work together on a new collaboration set to capture the hearts of the Japanese youth. They’re calling it the “school of manga”.

This surprise Shueisha Kodansha collaboration was announced following an event yesterday (April 8) in Tokyo featuring, among others, the current editor-in-chief of Weekly Shonen Jump Nakano Hiroyuki and Weekly Shonen Magazine editor Karita Hirotoshi. The bosses of these two historic rivals met in a manga-themed classroom to announce their joint desire to capture the youth of Japan and to show them the joy of manga. 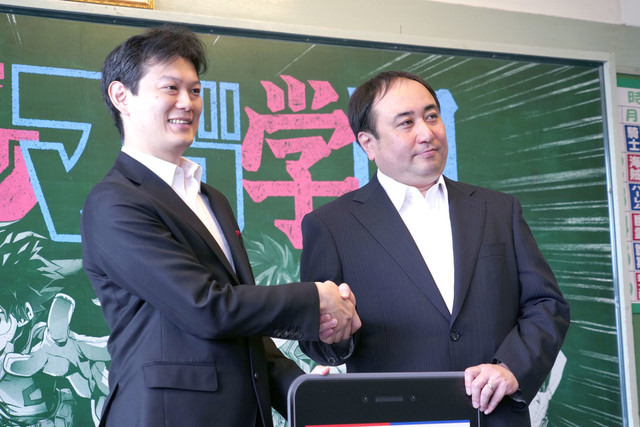 It became clear very quickly that this was much more than just lofty desires, as Shueisha and Kodansha detailed how they were going to achieve such a task – the new website “JanMaga Gakuen” (JumpMagazine Academy). Available now, the website offers up to 150 currently serialized titles in either Jump or Magazine for users to read for free.

But there is a catch. When Nakano and Karita said they wanted to capture the youth, they were being serious. Upon accessing the website, you’ll notice that it will ask you for the year of your birth. Of course, you could just lie and access the site anyway, but such a move is essential in underscoring the aim of the project – ensuring the next generation of manga lovers.

And while such a move may seem strange and perhaps a little superficial on the part of these two giant corporations, when considering Japanese society as a whole it becomes clear that capturing the youth now would be an extremely wise move for both companies. Japan is an aging society, increasingly suffering from the effects of a lowering birth rate and an enlarging elderly population. As a consequence, there are now less young consumers than ever before. So if Kodansha and Shueisha aren’t careful, they could end up alienated from an entire generation.

The project not only bars older people from entering (if only superficially) but also aims to engage young people with the project. Users can also create “teams” with up to three of their friends, and by reading the free manga users can gain tokens that can then be used to gain prizes for either Shueisha or Kodansha’s own digital manga apps. Each team’s token count will also be announced when the series ends, or what the project is calling “graduation” to tie into the school theme, with the highest scoring teams earning extra prizes.

If you’re under 22 (or are just prepared to lie a little bit) you can participate in the JanMaga Gakuen project until June 10 via the official website.