Shunkan Jump: New App Secures the Future By Blasting Back to the Past 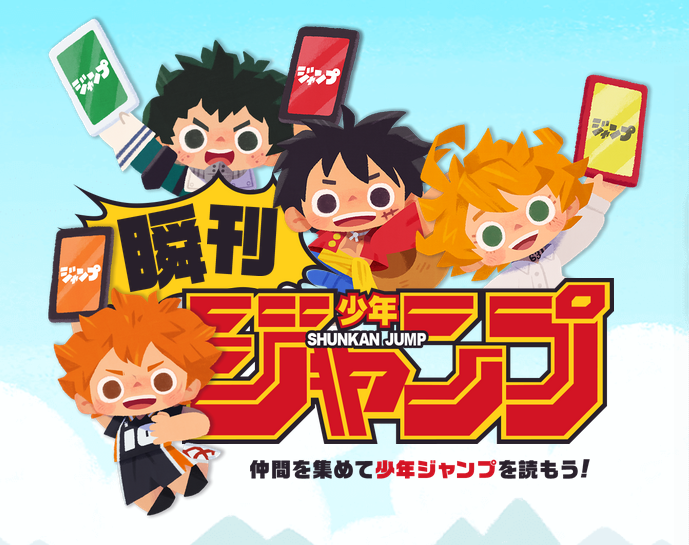 Shueisha released the new Weekly Shonen Jump app ‘Shunkan Jump’ last Friday for iOS and Android devices. But what purpose does this Jump app serve, among the many others that Shueisha has already released over the years? Let’s find out.

At the heart of Shunkan Jump is a system known as ‘Jump Time.’ This happens every Friday three times a day, and it is by engaging with this system that you are able to read the latest issue of Weekly Shonen Jump (which usually releases on a Monday). Hence the app’s name – your opportunity is only available for a brief moment (shunkan). 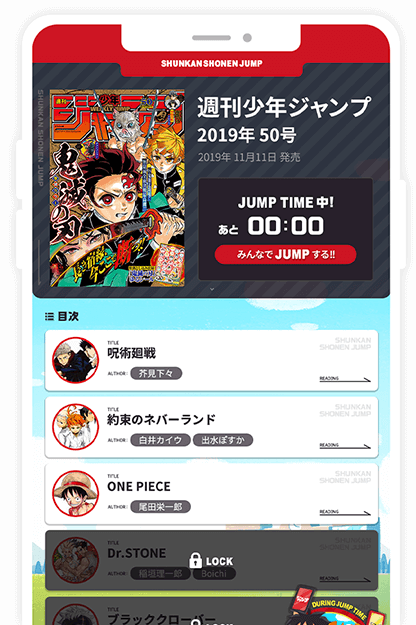 The Jump Time system functions by adding other users to your friends list on the app, with whom you are supposed to coordinate and press the ‘Jump’ button during Jump Time at the same time. Depending on how good your timing is, you’ll activate something called ‘Just Jump’ and unlock more of that week’s issue of Weekly Shonen Jump.

You have three chances to do this, so don’t worry too much if you don’t unlock all the series you want to read the first time around. Shunkan Jump also offers ‘back number tickets’ that can be used to access some of the legendary magazine’s back catalog in the meantime.

According to the app’s Play Store page, the idea for the app was taken from a submission to the 2nd Jump App Development Contest, which took place last year. I’m not quite sure which company’s idea Shunkan Jump is based on – none of the descriptions on the website seem to match the finished product – but at least it’s good to know that these contests are proving useful to Shueisha.

Of course, for many readers and Jump fans, the question will be: why? What is the point of this app, when Jump Plus already exists – alongside the countless other digital manga services that allow you to read Weekly Shonen Jump on your smartphone?

Simply put, Shunkan Jump is not meant for you. That is, provided that you are an adult Jump fan. It is by gamifying the manga reading experience that Shueisha hopes to capture the attention of younger readers, not those who already engaged with the magazine. And if the app’s cute versions of various Jump protagonists wasn’t enough to convince you of this fact, then navigating to the app’s page on the official Shonen Jump website will – as you’ll be greeted by a big notice in the top left corner that says “meant for under 18s.”

In this sense, Shunkan Jump follows on from the work that Shueisha was doing earlier this year with Kodansha to capture the younger demographic. Their ‘School of Manga’ project also hoped to capture the attention of the increasingly digital-only post-millennium generation by transforming the manga reading experience into one that resembled school – complete with quizzes to complete and essays to hand in.

But there is something special about the app that any reader of any age can surely appreciate. From the description, it seems like the best way to make use of the ‘Jump Time’ feature is to get together with your friends in person to make sure that your timing is perfect, thus unlocking more of the issue.

This might just end up replicating that eternal scene, ubiquitous not just a decade ago, when a copy of Weekly Shonen Jump would be passed around the classroom, inspiring imaginations and cultivating creativity.

The Shunkan Jump app is available to download for iOS and Android devices (Japan only).