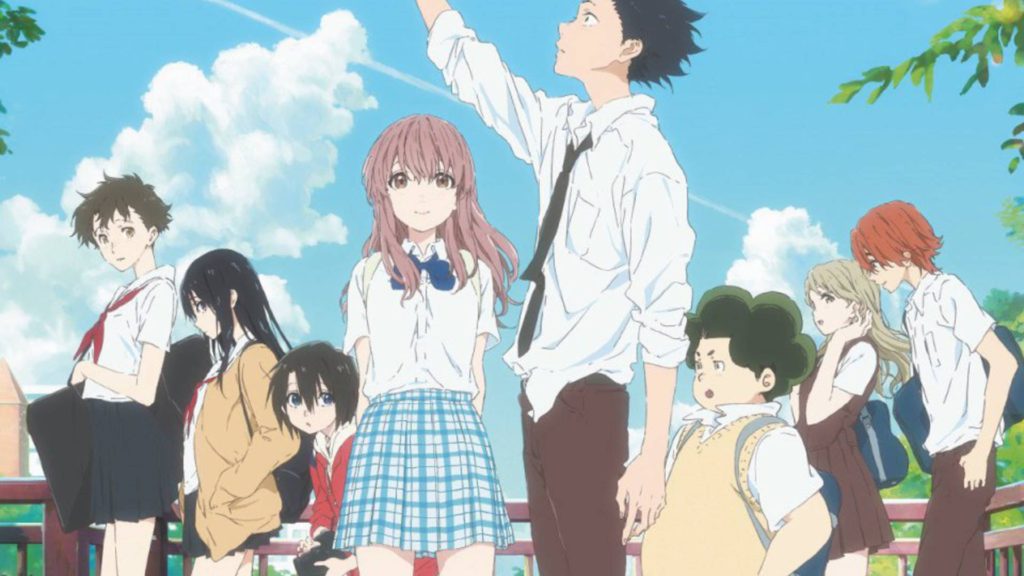 Did you miss seeing A Silent Voice: The Movie when it was in theaters last year and feel left out? Then we have good news for you! Eleven Arts announced via Twitter that the gripping romantic drama is getting another brief run in U.S. theaters early next year. So if you did miss out on the movie theater experience and live in the United States, grab your keys and head over to one of the select theaters screening the film when it is showing on January 15 and 17, 2019.

If you are unfamiliar with the Kyoto Animation film, then we have you covered before you are trying to decide whether to see the dubbed or subbed version. A Silent Voice is a feature-length anime film adapted from a manga of the same name written and illustrated by Yoshitoki Oima. The film is directed by renowned talent Naoko Yamada of K-On and Tamako Market fame and written by Reiko Yoshida.

It was originally released in Japanese theaters in 2016, a year that also saw the releases of megahit cultural phenomenon your name. as well as Detective Conan: The Darkest Nightmare and Eiga Yo-kai Watch: Enma Daioh to Itsutsu no Monogatari da Nyan!. At the time, it was a diamond of a film and a visual delight that was somewhat lost among a sea of successful anime films in 2016. The touchy content and uneasy moments of A Silent Voice may not be as appealing as the dreamy story of your name. but the story leaves a strong impact not to be overlooked. It especially left one on me to the point where I can’t help but get teary eyed by simply watching the trailer.

I definitely recommend seeing the film in theaters even if it is just to see the beauty of the animation on the big screen. Tickets for the film will go on sale on December 14 and you can purchase them on the Fathom Events website. You can read our full review of the animated film here.

A Silent Voice: A Teen Drama for the Outcasts That Will Warm Your Heart