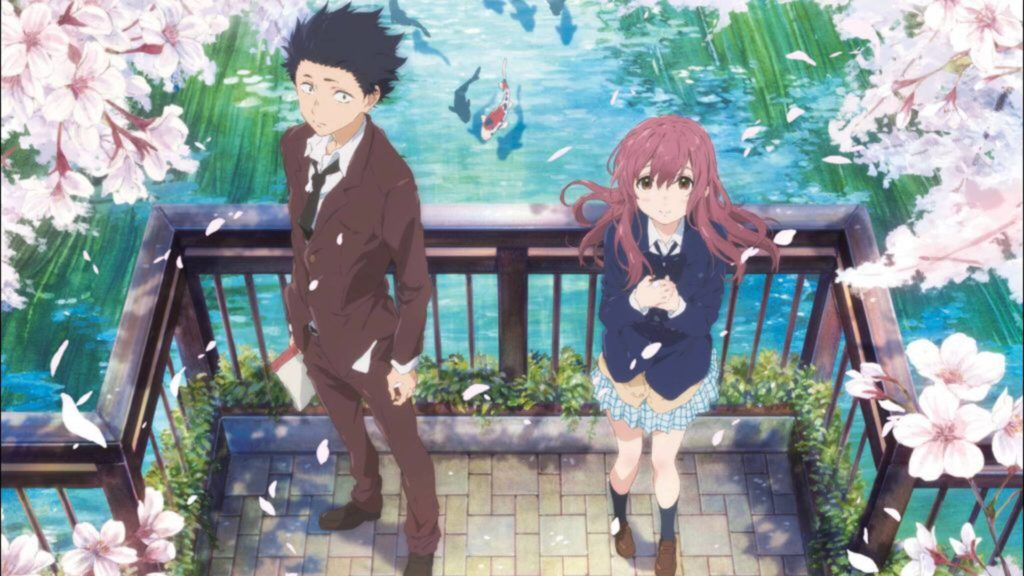 What do fan-favorite animated works “K-On,” “Tamako Market,” and more recently, “A Silent Voice,” all have in common? Each of them were directed by powerhouse talent Naoko Yamada — one of Kyoto Animation’s best in-house creative minds.

The self-described “method” director has time and time again left a powerful impact through her works, and “A Silent Voice” is by no means an exception. The motif of the film is clear, and the delivery exceptional; from start to finish viewers are strapped-in for a heartwrenching rollercoaster.

After transferring to her new elementary school, Shoko Nishimiya is often targeted by her fellow classmates for her inability to hear. Leading the unrelenting harassment would be Shoya Ishida, who we find much of the film based around. Discarded as “harmless fun” by his peers, it takes no time at all for the effects of Shoya’s bullying to surface — this would be the beginning of Shoya’s undoing. Following an incident in which the harassment is finally called out, Shoya rapidly loses the trust of those around him, and is rightfully demonized for his actions, thus resulting in the tables turning on him.

While early parts of the film follow a much more naive, younger Shoya, most of the film finds itself following his teenage years.  By this point in his life, it’s apparent he’s become a much more self-aware individual. Constantly haunted by the actions of his past, however, Shoya struggles with the effects of depression, a disorder which cripples his ability to partake in day-to-day interactions with those around him.

Visually manifesting such a personal issue is never an easy task, but that’s where Chief Animation Director and Character Designer Futoshi Nishiya’s veteran flare presents itself, constantly complimenting the story through the creative use of both color and contrast.

While Shoya fights to correct the actions of the past, he learns to rediscover the Shoya of the present — even if he nearly destroys himself to achieve this. Building friendship, developing trust, and learning to love oneself — that’s the basic motif of the film. Touching on a number of different themes throughout, “A Silent Voice” is painstakingly crafted with attention to detail. Through the use of sound, color, and lighting, the film carefully delivers a powerful message that will stay with you for a lifetime.

What we can expect to see next from Naoko Yamada remains to be seen, but if it lives up to the beauty of “A Silent Voice,” her place in the industry will only further be solidified as a creative. “A Silent Voice” is in theaters across North America now, with screening locations and tickets available to view here.