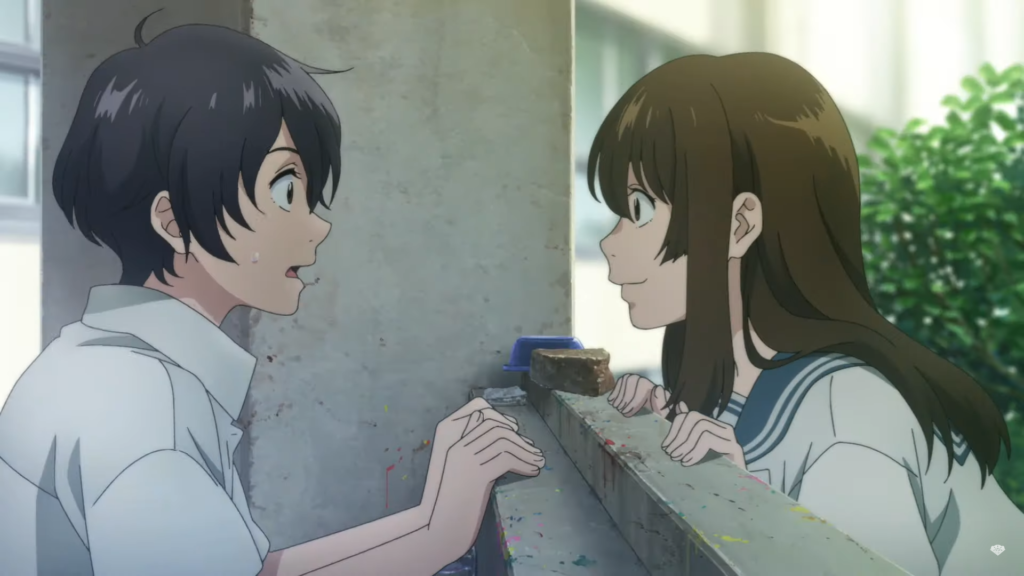 Looks like Funimation is jumping into the anime film co-production market with their J.C. Staff produced Sing A Bit Of Harmony, directed by the underrepresented Yasuhiro Yoshiura. In 2020, these western and Japanese coproductions are nothing new with Crunchyroll having carved out a whole series of them this past year; It makes sense that Funimation wants to play catch up and going the film route might be the way to do it. We’re always happy to see something new from Yoshiura especially since it’s been a while for the Time Of Eve creator and, despite some familiar themes in the trailer, we’re looking forward to this 2021 release.

Off the bat, Sing A Bit Of Harmony looks like it’s straight out of the Your Name. wheelhouse.  That’s not inherently a bad thing and it makes sense that Funimation would only want to opt-in on a production that has a pretty high chance of making some returns. It’s centering around a transfer student and a song that brings joy to her and her classmates. The movie. In addition to Yoshiura’s direction, Code Geass creator Ichiro Okouchi is working on the script so we might see some neat twists on the Your Name. formula.

Yasuhiro Yoshiura doesn’t have the longest list of credits to his name but his contributions to anime shouldn’t be ignored. His biggest claim to fame would the net animation turned filmed Time Of Eve, a tale about a cafe where humans and robots can interact freely without judgement, which in retrospect is one of the more underappreciated works of the past 20 years. His 2013 offering Patema Inverted wasn’t quite as strong but still offered an interesting sci-fi concept in a digestible package. Sing A Bit Of Harmony looks less like his bag specifically, but he’s historically been a competent enough creator where we can look past that.

Sing A Bit Of Harmony will come out in Japan in 2021 and The United States ‘soon’.