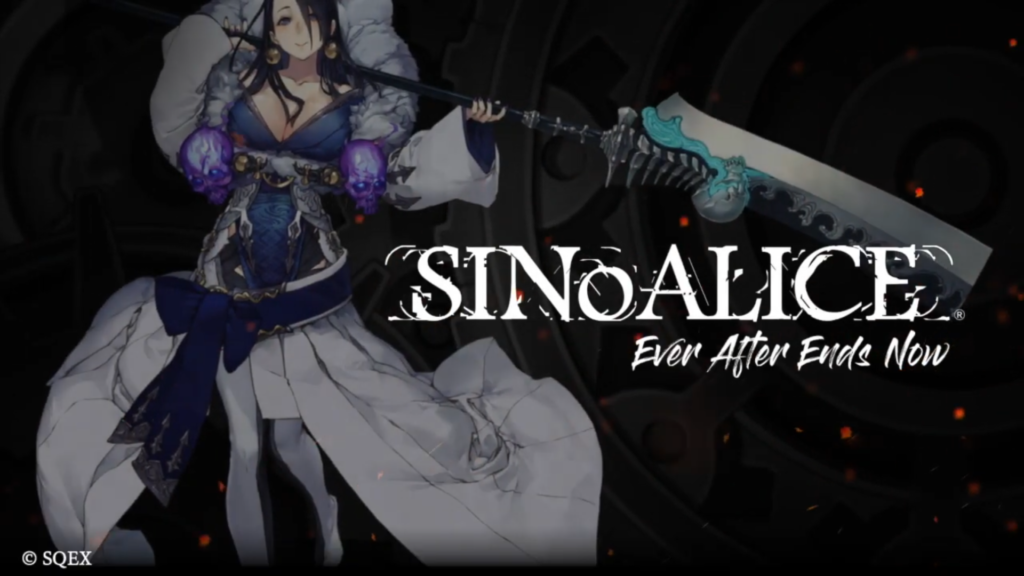 When I got the notification yesterday that SINoALICE, which I pre-registered for, was finally available for download, a small anticipation grew inside of me. I’ve never been able to fully sink myself into a Mobile Game for any prolonged period of time and I haven’t tried since the Kingdom Hearts mobile game first hit. Also published by Square Enix, a big reason I’ve had my eye on SINoALICE is the fact that it comes out of Yoko Taro’s brilliant, idiosyncratic well of creativity. Firing up the application, I gave myself a stupid name and hoped this would be the mobage to win me over.

One thing apparent from the first few minutes you spend in the game that SINoALICE has going for it is how it sounds. Yoko Taro enlisted Keiichi Okabe, who also did all the haunting and beautiful music on Nier, Nier Automata, and Drakengard 3, to craft the soundtrack. Every time you launch the application, the game recommends you use Headphones for the optimal experience and let us tell you they aren’t just saying that. Not just for mobage standards, this game has music truly comparable to all of Taro’s best works. It’s a nice touch that makes you feel like you’re not just playing another Gatcha game, and it’s not the only one.

You can find Yoko Taro’s fingerprints all over the writing in this game, which we would argue is its main selling point. Even as early as the download screen, you have these creepy little marionette chiming in with ‘The Download Just Won’t End?’ SINoALICE at least puts on a self-aware face when it asks you to plunge your cash and time into getting the best weapons, the best armor, and eventually the best girls, as any mobage does. Obviously you can find Taro doing his thing in its story mode too.

Unfortunately, the music and occasional flourishes in the script are where SINoALICE and any other mobage end. Even the game’s concept, which pairs together all sorts of class characters like Cinderella, Pinocchio, Little Red Riding Hood, and others seems a bit too on the Fate / Grand Order mobage nose that even Taro’s writing doesn’t make it interesting enough. The gameplay’s also like any other mobile experience; tap the screen to attack, equip and upgrade different weapons, and pick the right cute anime girl for the situation.

Maybe if I put hours into the game and saw more of the story and more of the Yoko Taro touches I crave, I’d feel differently about SINoALICE. What I will say is that if you enjoy the mobage genre and are looking for a new one to pass the time and sink tens, hundreds, of thousands of dollars into, there’s no reason it shouldn’t be SINoALICE, as it does have the music and some Taro payoff. However, NieR Re[in]carnation is also on the way which looks more like a game you play on your phone than a strict ‘mobage’, so I’ll wait for that instead.

You can play SINoALICE for free on iOS and Android, home of all mobage, now.