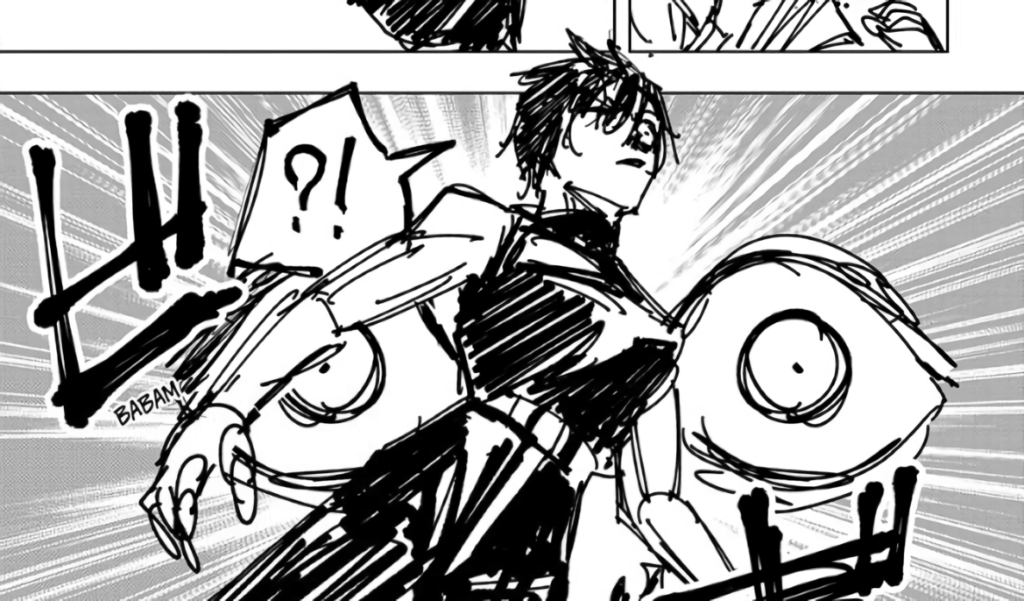 If you’ve checked out this week’s chapter 150 of Jujutsu Kaisen, then you’re probably already aware that there’s some pretty sketchy art on pages 18 and 19.

To be honest, it’s quite hard not to notice: right in the middle of Maki’s fight with the Hei (the strongest sorcerers in the Zenin clan), things suddenly break down to line art that looks like it has been taken directly from the original storyboards. It’s quite bad. Making matters worse is the fact that it is surrounded by otherwise excellent compositions, with the fight against the Kukuru Unit in particular driving home the point that Maki has essentially become the new Toji Fushiguro.

Stemming from such a drop in quality, much of the conversation surrounding Jujutsu Kaisen chapter 150 has been dominated by calls for series author Gege Akutami to take a break. Many have also pointed out the fact that Hunter x Hunter suffered from something similar towards the end of the Chimera Ant arc: one viral tweet from @monstokaka16 on Twitter drew the similarities.

With this in mind, why did some of the art in Jujutsu Kaisen chapter 150 turn out so badly? Both Gege Akutami and Yoshihiro Togashi suffer under the strain of weekly publication, but Togashi was suffering with intense back pain when the Chimera Ant arc was coming to a close in Hunter x Hunter’s serialization. He went on hiatus more or less straight after this.

If Akutami has any such similar health problems, he’s never made them public, so the most likely explanation behind the art in Jujutsu Kaisen chapter 150 is the fact that he drew not one, but two color illustrations for this week’s issue of Weekly Shonen Jump: the third anniversary front cover and an insert page featuring the Zenin sisters. His schedule may also still be out of whack from helping out with the anime, although he took a two-week break towards the end of April to try to rectify this.

Luckily, the sketchy art in Jujutsu Kaisen chapter 150 will be fixed in the collected volume release: that’s what happened in Hunter x Hunter, as well as the climax of the School Festival arc in My Hero Academia. Still, it shines a light on just how tough weekly serialization can be, as well as how an added workload can easily let some things slip through the cracks.

You can read Jujutsu Kaisen chapter 150 for free via VIZ Media. It won’t be fixed on there, unfortunately!