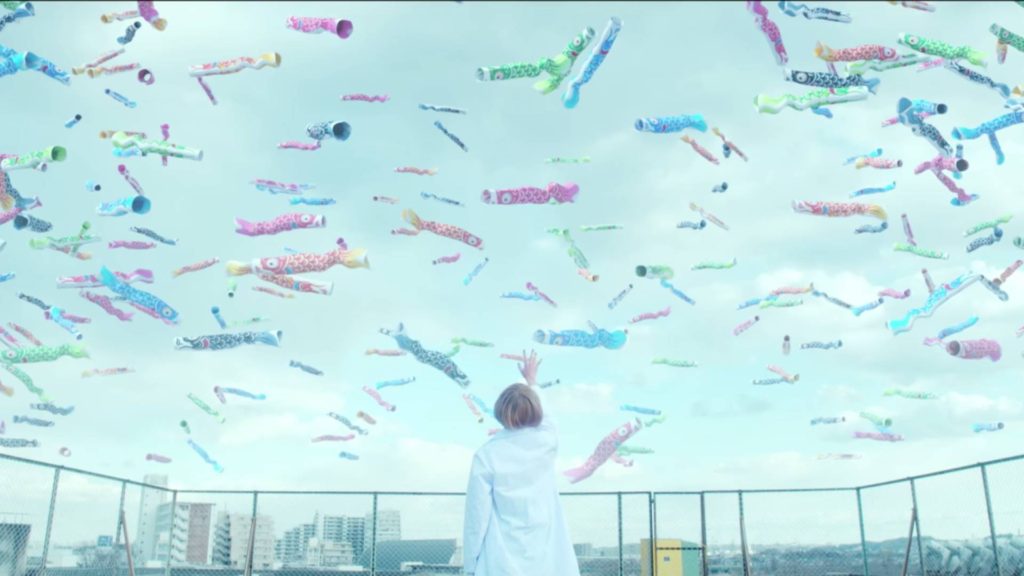 It’s been about five years now since I first heard the lyrical-stylings of Tokyo-based rapper SKY-HI when he collaborated with Japanese trackmaker Tofubeats on the mind-melting “Fresh Salad” from his Lost Decade album. Ove those five years, we’ve seen the growth and progression of SKY-HI in his solo career outside of his usual work with Japanese pop unit AAA. Today we see the next step in that progression with the release of “Nani Sama feat. Boku no Ririkku no Bouyomi,” a hard-hitting track featuring incredible production value and lyrics.

Released ahead of his upcoming “Best Catalyst” album which is set to release digitally on March 21, the track was shared alongside an extraordinary Atsunori Toushi-directed music video. Those watching the music video might be surprised to spot Moga Mogami in there, playing the focus character in this unbelievably gorgeous music video. I’m not quite sure whether it’s a crime to write about Dempagumi.inc, or in this case Dempagumi.inc affiliated artists three days in a row, but I’m doing it anyway.

If you’re interested in checking out SKY-HI’s upcoming album, you can pick it up for digital pre-order here.

Moga Mogami is Leaving Dempagumi.inc to Focus on Solo Career