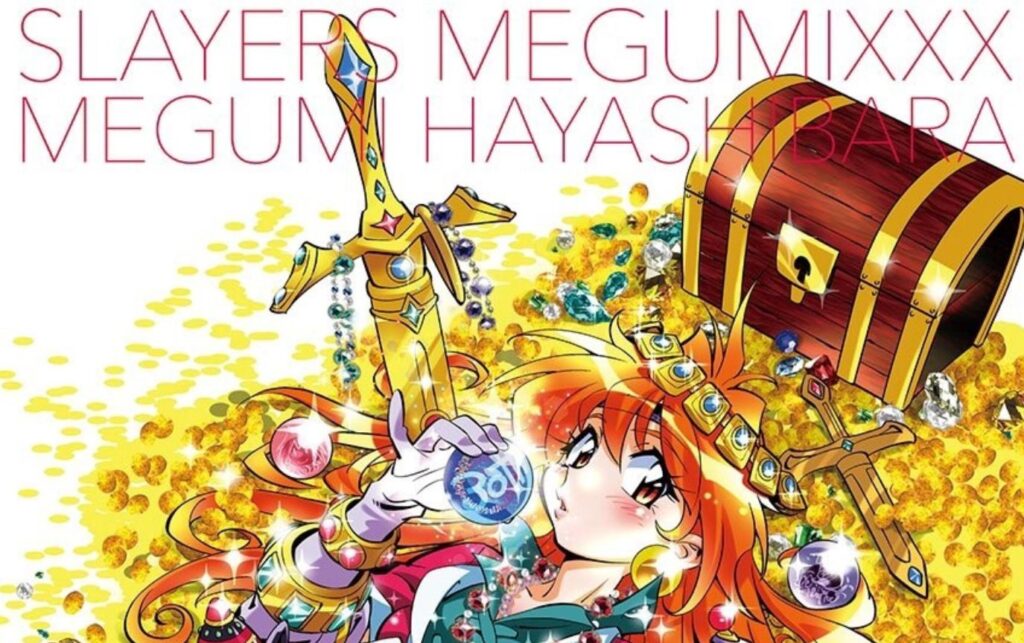 2020 has marked the 30th anniversary of the original light novel release of the beloved classic fantasy anime series The Slayers. With literally a dozen different anime adaptations created between 1995 and 2009, it used its sorcery to blast its way into fan’s hearts time and time again over those years. While there hasn’t been a new animated entry in years, with the novels getting rereleased in English now, it’s clear people still love this comedic take on swords and sorcery for good reasons. When talking about the anime specifically though, one of the biggest reasons people kept coming back over and over was for all the dang Slayers music.

Perhaps the greatest of all time, Rei Ayanami and Faye Valentine’s Megumi Hayashibara provided the voice for The Slayers lead Lina Inverse and also performed the vast majority of its myriad openings and endings. There’s something so eternal and consistent about the sound crafted for these tracks, you could argue they defined the sound of anime music in the 90s. With synthesizers and computer production software cheaper and easier to use than ever, the ‘sub-genre’ of Slayers music was filmed to the brim with all kinds of addictive synth melodies, endearingly cheesy rhythm guitar, and Megumi Hayashibara’s unmistakable voice. There’s a real magic to it all whose allure still endures to this day! Even 25 years after the original anime debuted, we got a new compilation, with a brand new track, of Slayers music, endearingly titled ‘Slayers Megumixxx’, just this year.

While Megumi Hayashibara was of course integral to The Slayers and the most recognizable part of Slayers music, it’s not often a pop singer crafts, produces, and records an entire song themselves. If Hayashibara was the face of this sub-genre, a man named Hidetoshi Satou was the body. His best-known composition was a little 90s song called ‘A Cruel Angel’s Thesis’, but perhaps this behind the scenes anime song god hit his biggest stride with his work on this franchise. Between the five different TV series, the two OVAs, and handful of films, about thirty Slayers songs were recorded and he produced the lion’s share of them. We’ll also give credit to a production group called Vink whose members handled many of the arrangements of these songs, and fellow voice actress / singer Masami Okui who appeared on a fair amount of these songs with Megumi and now sings in the supergroup Jam Project.

Just as LiSA is an inseparable part of Demon Slayer’s legacy, so too is Megumi Hayashibara and The Slayers. Sure, she voiced the lead character of this dungeons and dragons inspired 90s anime institution but, more than most shows, Slayers music was a whole world unto itself. It’s perhaps most evidenced by the fact that when Slayers Revolution came out in the late 2000s, the first tv entry in the franchise in about a decade, it’s theme ‘Plenty Of Grit’ sounded straight of the 90s soundtracks. While it was a given Hayashibara would once again perform the opening and ending themes to the new entry, the extra mile was taken with Hidetoshi Satou once again writing the song.

Why Faye Valentine Is A Cosplay Classic Of Yesteryear