Smile Down the Runway Episode 10 Impressions: An Emotional High Papering Over the Cracks 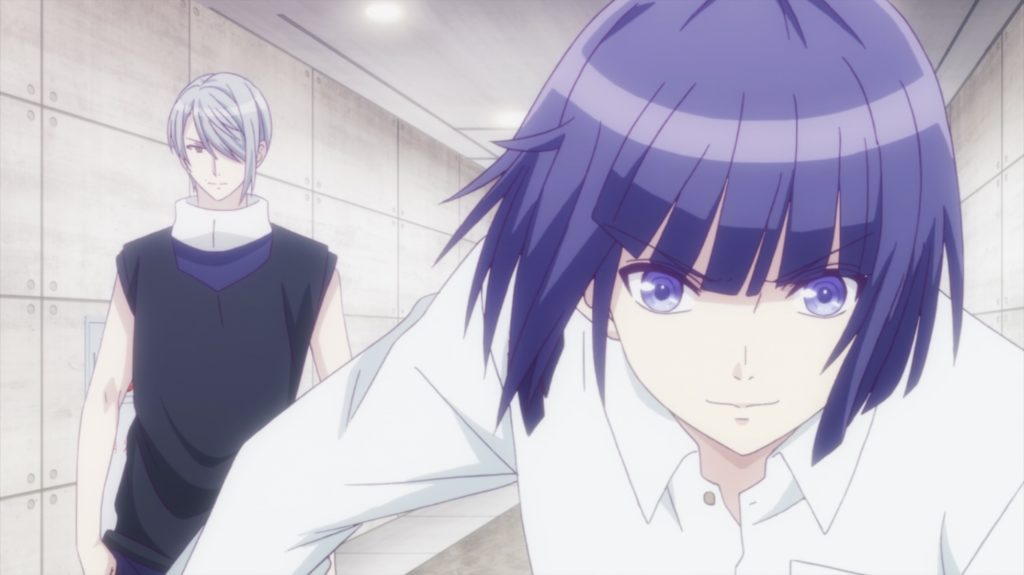 When the focus is on the fashion and the love of the industry and process behind making clothing, as seen in Smile Down the Runway episode 10, these are the moments when the anime shines brightest.

This anime is flawed in many ways, and the strengths of this episode mostly gloss over rather than address the shows inherent issues in its handling of drama and character development, as the focus of this week’s entry is mostly on the show itself with the consequences of the event and everything leading up to it mostly pushed to one side. In many ways, while some of the impacts would be dulled as a result, it’s an episode devoid of so much context that anyone could jump in regardless of prior involvement in the series and most likely enjoy the episode if the synopsis intrigues them. Although I’m not sure whether I can praise the episode for this fact.

However, there’s one thing this episode has in abundance which some recent episodes have lacked which sells the concept of this week’s entry: passion. 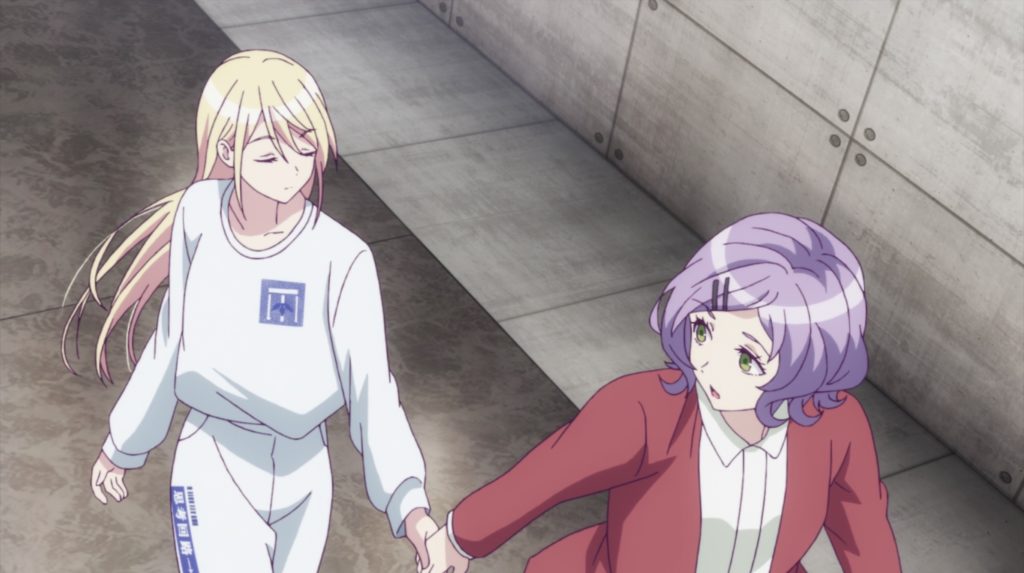 After many episodes of build-up and treading water without any forward momentum in the series’ overall story, an issue most pronounced in episodes 7 and 8, episode 10 of Smile Down the Runway brings with it the event we’ve all been anticipating for well over a month. Now, all eyes are on the Geika Fashion School fashion show and the outfits which the finalists for the event have created.

Given a theme to create a clothing line based around the Japanese hiragana character ‘wa’ (わ), the finalists of the competition (which conveniently consist of many of the show’s either recurring of main characters) are tasked with showcasing the clothes they designed around this vague idea.

One issue I’ve had with the handling of the competitions in the weeks leading up to the competition is the relative lack of focus on the creation of the clothes featured despite being such a central goal and endpoint for many of the characters we’re intently following. We’ve handled the personal issues of our characters which have got in the way of their creations, such as Chiyuki’s modeling issues and Kokoro’s obstacles when it comes to following her designing dreams, as well as Ikuto’s family illness and money issues, but these have rarely been fully explored and seemed resolution. 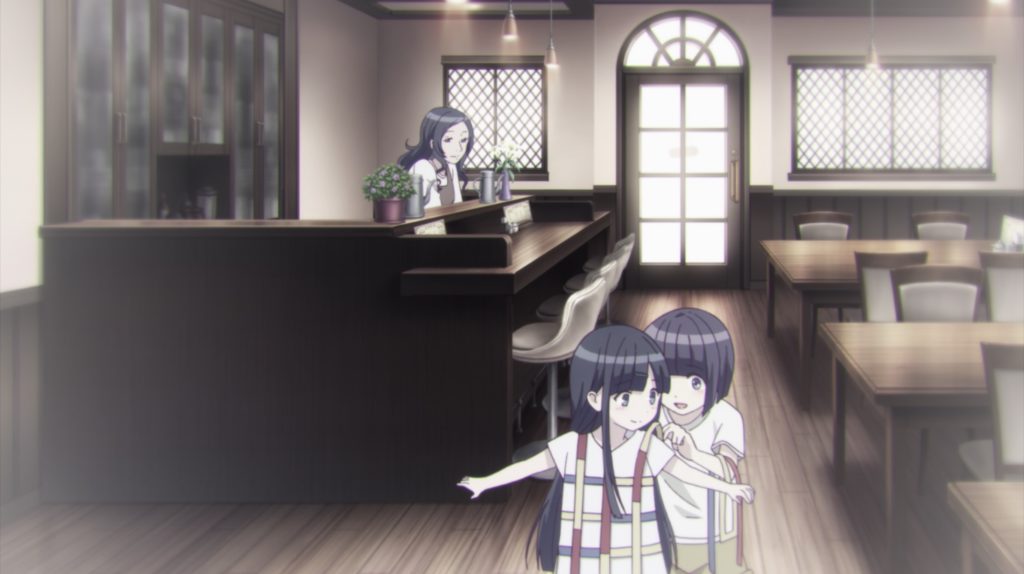 Had these last few weeks consisted of interesting and conclusive character conflicts that advanced our story forwards it would be less of an issue. Instead, these issues have impeded our ability to focus on how our character’s approach this unique challenge.

The result is that the day of the fashion show has mostly crept up on audiences and we enter the event as unaware of what the characters are going to showcase as many of the audience members attending the show. In reality, the imminence of the event only really became clear last week. A sense of surprise is obviously welcome, yet this can still be achieved while we see the clothing design and production process and explore our character’s emotions through their work. While we saw the creative process during the preliminaries, here we go in blind.

These issues mostly relate to the series more broadly, however. When settling in to watch this week’s episode, most of these can be ignored. The episode begins by showing our characters backstage for the show finding out the running order they’ll be taking part in the event in, as well as introducing our judges before the event can begin. 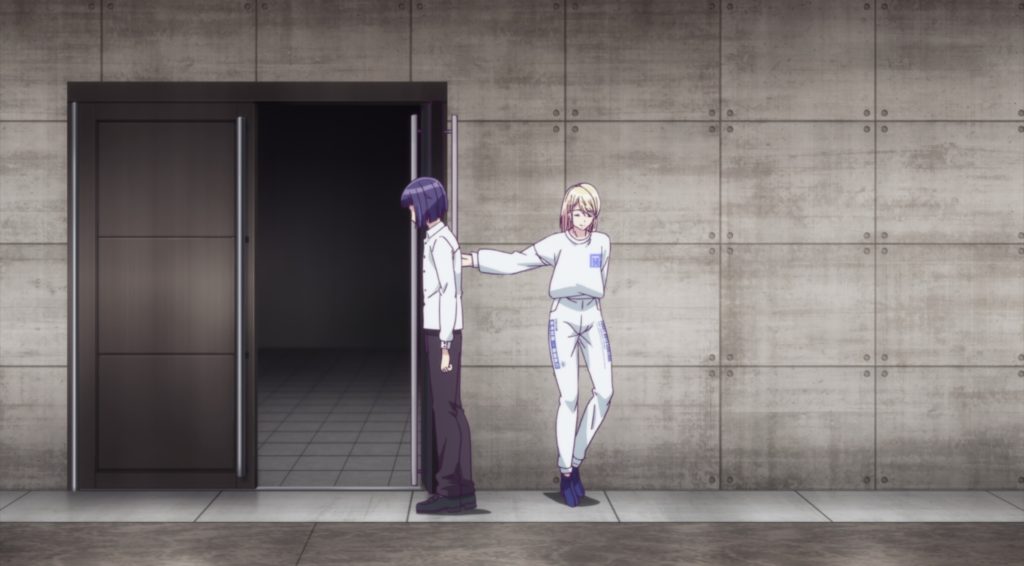 Further making the episode accessible, rivalries are re-introduced. We see Chiyuki enter the venue with Kokoro, the two working together as a model-designer duo for the show and acting as rivals to Ikuto, who has to prove to his family and those around him, including fellow designer Ayano Toh. Within the opening moments of Smile Down the Runway episode 10, these rivalries are all re-established and solidified to ensure they never leave the back of your mind once the event gets underway.

From there, all that matters is the show itself. First up is Kaoru Kizaki. Although not a major character in the show, they’ve made brief appearances throughout the preliminaries while also scolding Ikuto’s celebration after the impressive salvation of the catwalk show back in episode 3. The readjustment of the dress for Chiyuki’s smaller frame which stole the limelight made her angry because she felt she’d lost, and now she wants to show him up.

If I have a complaint with the episode, it’s probably here. Their show is impressive, and I quite enjoyed seeing the different designs going down the catwalk and the way the scene was structured. The thing is, it felt a bit unnecessary. We as an audience aren’t familiar enough with her, and despite their later appearances, I forgot this woman in the preliminaries was the same one from the fashion show in episode 3. As a result, a lot of time was being given to a fashion show which we had very little reason to care about, and though it was carried by some impressive fashion designs, it still felt lacking in various places. 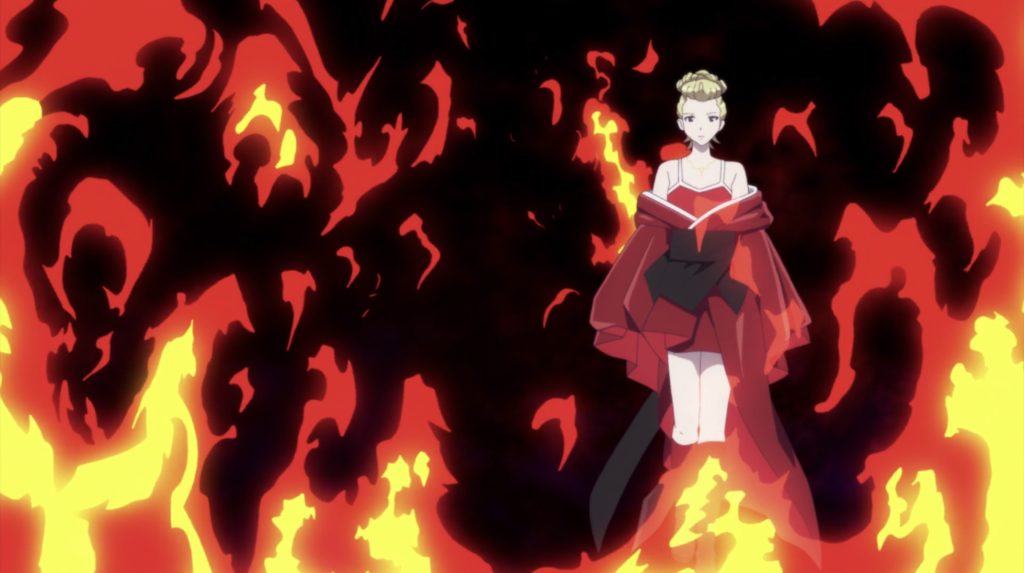 This immediately changed once it was Ikuto’s turn to take the stage. While I would agree with anyone who argued that this moment of payoff for the various relationships and conflicts Ikuto had with family had taken too long to resolve, finally having a moment of resolution for the hardships Ikuto had with his family felt immensely satisfying. We’ve spent many weeks seeing the illness of Ikuto’s mother, the arguments he’s had with siblings and the struggles he’s had to even make it to the day of the event. Now, the show can begin, and all of his family are there to watch as we see their reactions to every new outfit.

My main issue with the family’s involvement is that, despite spending multiple weeks building up conflict and deepening the relationships between the close-knit family, the most effective moments of emotional pay-off come through flashbacks which introduce new elements to their relationship that then receive immediate pay-off due to how the fashion show is structured. For example, we learn of his sister’s favorite song once she uses it to calm down, a song then used in the event. We learn that Ikuto made some poorly-sewn trousers for his mother that she treasured and even wore to the event, a moment paid off by the pristine trousers made in a similar style that features as part of the final outfit.

They’re effective moments, yet I can’t help but wish that, after spending so much time on their relationship, more of the payoff for the show’s overly long build-up to Smile Down the Runway episode 10 came about as a result of the various hurdles our characters had to overcome to get to this moment. It’s well-done, but it’s frustrating to essentially ignore what’s happened over the past few weeks. 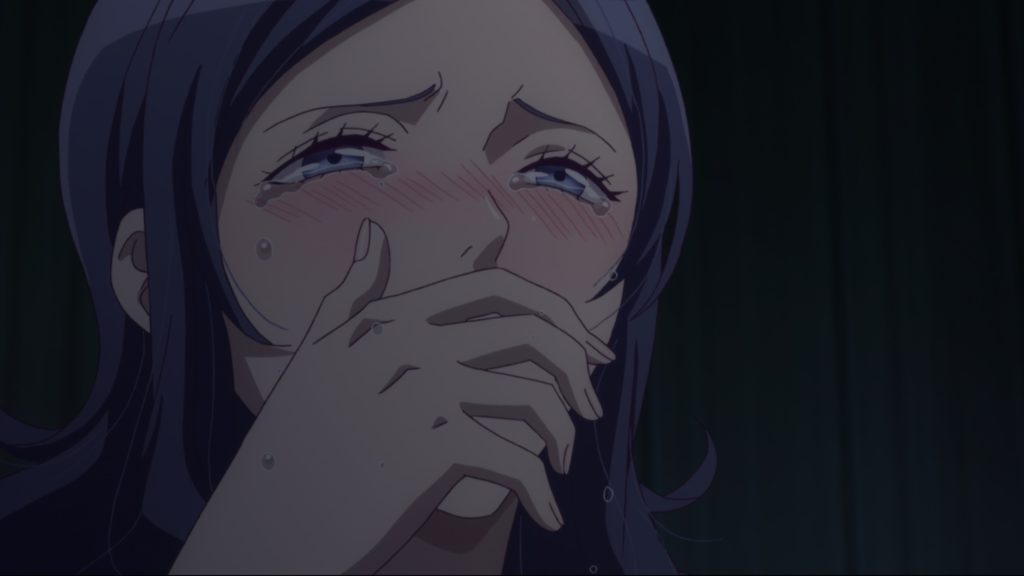 Giving the fashion show a chance to breathe is the correct decision, though. Despite featuring prominently at the beginning of the episode, the catwalk shows for the collections created by Kokoro and Toh are not featured in this week’s episode, giving us another week to wait before seeing the results of their labor. Cramming all these shows into a single episode would have been the wrong move, leaving the event feeling rushed. Considering how long we’ve waited for this moment to arrive, this would have intensified the disappointment that would have been felt by such a disappointing decision had it occurred. I’m fine to wait, and we’ve been given enough of a teaser of what’s to come to make the wait exciting yet bearable.

Smile Down the Runway Episode 10

Smile Down the Runway episode 10, as the series always does when it gets down to business in the fashion industry, shines bright after the sea of mediocre episodes that came before it. As seen with episode 3, when the series is focused on exaggerating the beauty of the fashion it creates and the emotions it inspires in people, the show rarely misses a beat. 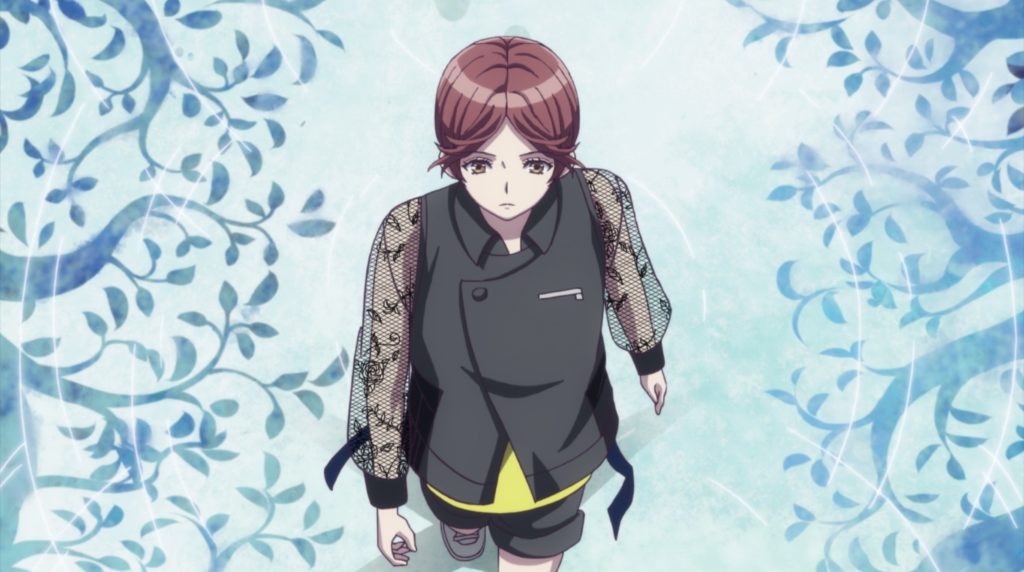 By focusing entirely on the fashion show and ignoring many of the narrative issues the series has suffered from in recent weeks, a sincere and heartfelt episode about overcoming hardship and showcasing work you’re proud of was able to shine through. Although a simplistic episode in many respects, time flew by and I was never bored, and surely the show must be doing something right if I come away feeling like that.