Smile Down the Runway Episode 12 (Season Finale) – A Frustrating End to An Interesting, Frustrating Anime 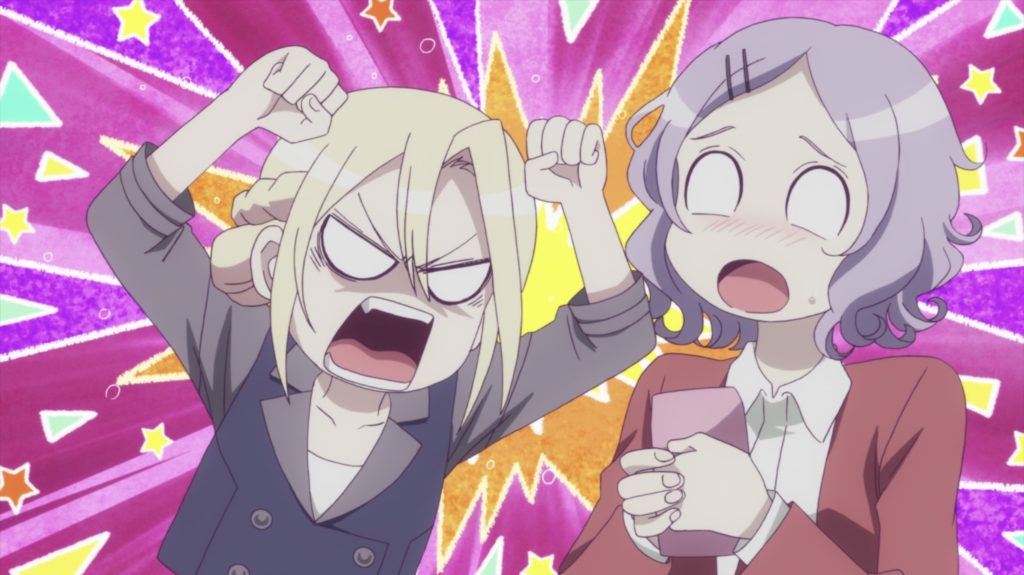 I’m annoyed. Smile Down the Runway has had its ups and downs over its runtime, and at times had struggled to find a direction and focus, but in this final few weeks leading up to episode 12 appeared to have found a way forward.

Why, then, does this episode feel so disappointing?

Let me be clear, I don’t think this is a bad episode. Last week I noted my fears that, without much of a reason being given to care about Toh’s narcissistic crusade to beat their mother at the Geika Fashion Show and start their own brand, this episode closing out the fashion show arc would prove to be a little underwhelming. This turned out to be true. Perhaps what’s most frustrating, however, is the fact that, even as an anime determined to leave the door open for future series considering its origins as an ongoing manga series, this episode fails to offer even the modicum of closure an incomplete adaptation such as this usually provides. 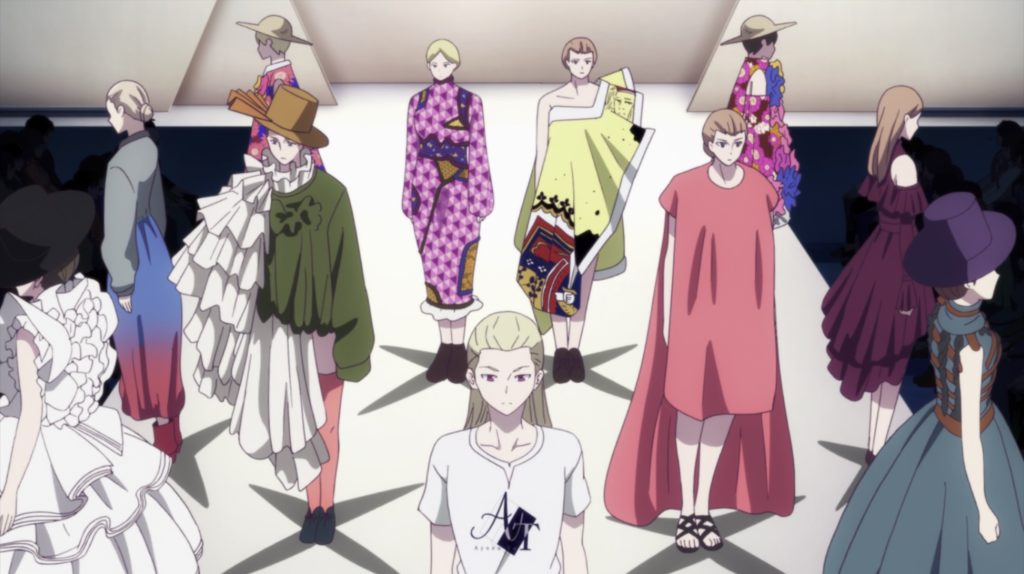 Two weeks ago we saw Ikuto’s first solo fashion show, a showcase of his talents despite his young age. Last week, we saw Kokoro’s show with Chiyuki as a designer, the best episode of the series to date where the passion of the creators and the models shone through, complemented by the stunning designs and the insight into the creative process the anime provided alongside it.

What helped both of these shows succeed was a connection to these three characters built up over many weeks. Although it was frustrating that the anime before this point had failed to commit to resolution on any of the disparate plot points the show decided to set up without resolution, finding closure in Ikuto’s family issues or Kokoro’s designs through this showcase of their talent was intoxicating and fulfilling in equal measure.

This is where episode 12 of Smile Down the Runway failed. It’s the season finale! You supposedly have the young talented genius up on stage showcasing their designs! While the shows of Kokoro and Ikuto were impressive, this was supposed to be the event where we got to see what true mastery of the world of fashion looked like. For a closing episode that was required to leave the door open for future adaptation or for fans of the series to continue the story through the manga, it also had to bring finality while setting up an exciting future that we want to explore, either through a future adaptation or through the source material. 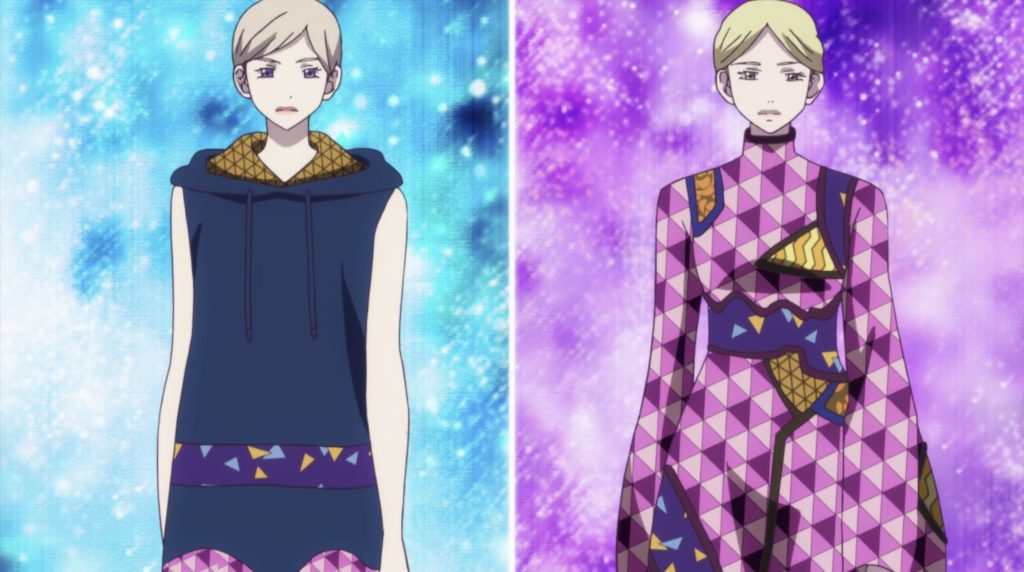 The issue is that we just don’t care about Toh. He’s arrogant and bossy, and his lack of respect for others makes him immature. Perhaps worst of all, after seeing the impressive shows of Kokoro and Ikuto, alongside glimpses of other students, Toh’s fashion designs felt rather, well, ordinary. Plain, even.

The entire premise of the show falls apart here. We’re supposed to view Toh as a genius, a master of the craft, an unbeatable talent we want to see Ikuto knock down to size no matter how low the chances of success are. Not only do we not know Toh enough for anything other than his attitude to care about his achievements, with this show, but we’re also yet to see his talents match his reputation. His bark is worse than his bite. 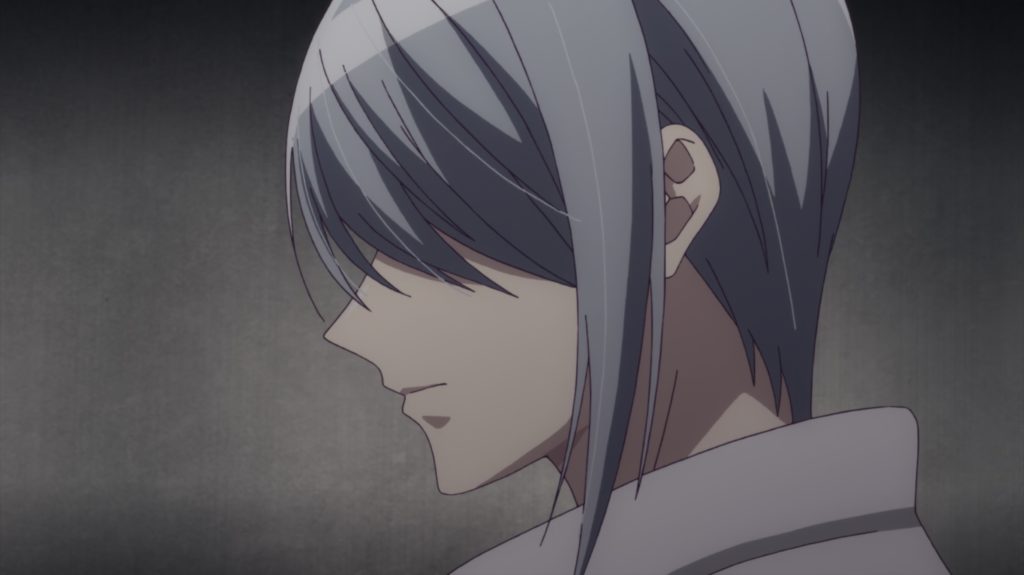 This is compounded by the adoration from an audience at the runway which betrayed my own indifference to the outfits being displayed. We’re supposed to believe that so many interested buyers for major retailers had come to see the show and were floored by the results, yet the designs themselves probably wouldn’t stand out on a crowded high street, never mind on a runway. The stitching and craftwork on the outfits are impressive, sure, but the designs weren’t appealing.

He’s a sure-fire winner, according to buyers and the judges. He blew everyone out of the water. But on the evidence of what we saw in this episode, it felt average. Smile Down the Runway episode 12 falls apart because of this disconnect. 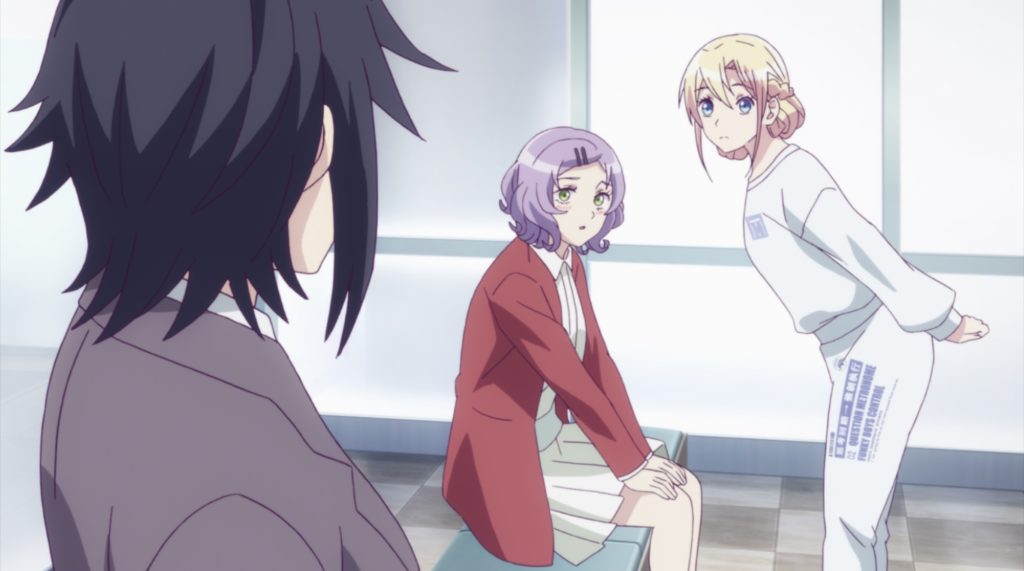 Luckily, Smile Down the Runway episode 12 is somewhat able to recover by shifting gears from the show onto the results and aftermath of the event. From here, we get to see the characters react to the fruits of their labor over the last few weeks, and the positive and negative feedback they received as a result of their work. Although this, again, suffers from a disassociation from what actually happened over the past weeks to manufacture a state of play it views as ideal regardless of the events which took place before it.

Ikuto is young, inexperienced. It’s easy to forget at times, but he’s still in high school and only 17. Even despite his age, he put on an impressive show. Most of all, we saw the audience impressed by the creativity, while the judges were rather pleased with how it went.

Despite this, Ikuto finished last. Out of the 12 competitors, Ikuto finished 11th, with the 12th place going to Toh by his decision to pull out after receiving 52 offers to buy his collection following his show, not enough to beat his grandmother’s record of 53 and therefore not being a show worthy of victory, in his view. Rather than saying he was 12th, he withdrew, making 11 competitors and placing him last. 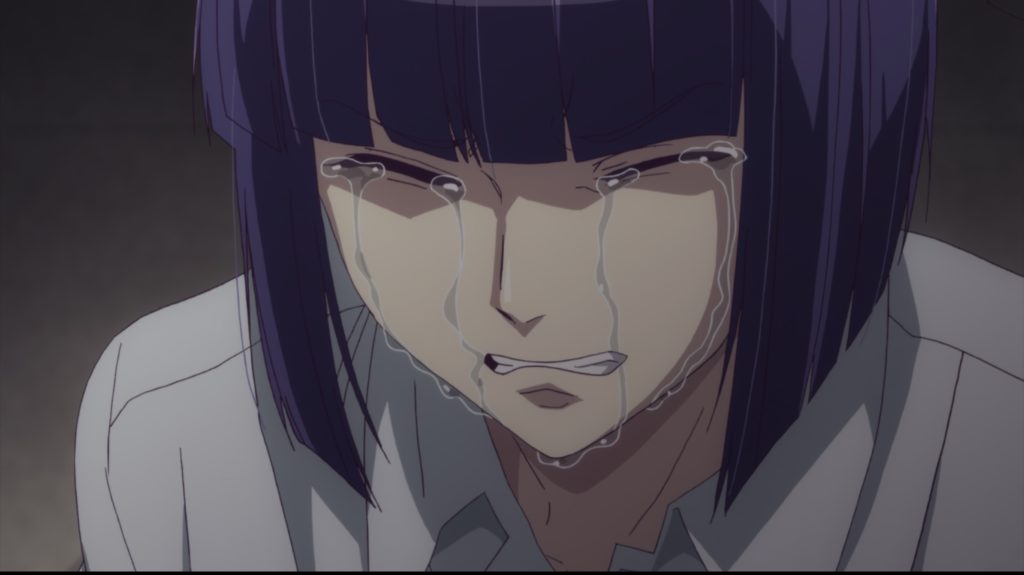 The point of his low finish is obvious. As an audience, we want to be impressed by his work while recognizing he still has far to go, and the olive branch of an offer to purchase some of his collection from a buyer who passed on Toh alongside a scholarship offer is supposed to make up for the low finish for the audience by showing he still achieved something impressive. However, for such a low finish, it should be justified by an error in the show itself. Lauding his show with praise two weeks ago before placing him last for a lack of excitement and originality leaves me with a massive disconnect. It’s like I’m watching two different anime.

The handling of the results for Chiyuki and Kokoro is much better in this regard. The whole point of their teaming up, their show, their entire story arcs, have been fueled by their desires to prove people wrong. In the show they did together, they more than achieved this. Kokoro put her face on the map with a strong fashion collection, while Chiyuki proved to an entire audience that she could impress as a model in spite of her height. To see Kokoro get her manager’s approval and for Chiyuki to be offered a job as a model for a magazine both realize their dreams and gives us a look into her future if we decide to continue the series in either animated or manga form.

Smile Down the Runway Episode 12 (Season Finale): A Weird Finale For an Inspiring, Frustrating Anime 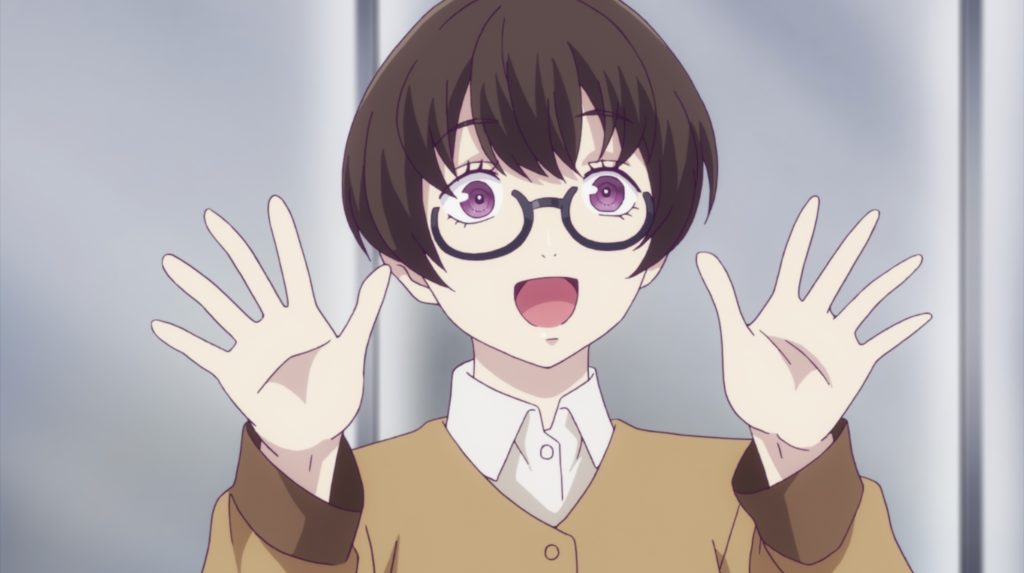 Smile Down the Runway ends on a mixed note with episode 12. To manufacture a future path that the series can tease audiences with so they continue the story of these characters in either a second season of the anime (if it is put into production) or through the manga. In order to do so, we get a messy final episode which betrays the expectations of what came before it and introduces new elements of the series at the final hurdle to confuse audiences.

Having spent most of the series following Ikuto, not Chiyuki, it’s frustrating to see his story veer so far from everything the anime had set up until this point and leave the episode with Ikuto working under Toh’s wing. With so much crammed into the episode, it was difficult to find a place to cover the buyer who became interested in Ikuto’s collection who appears to be more important in the series going forward based on the way they’re introduced, nor did I have time to mention how one of Toh’s assistants on the show confronted Ikuto about his decision not to work with him that felt solely motivated by the grievance of a character we barely know. It’s messy and, in an effort to cram everything in so he can start this new journey before the closing credits, feels unfinished. 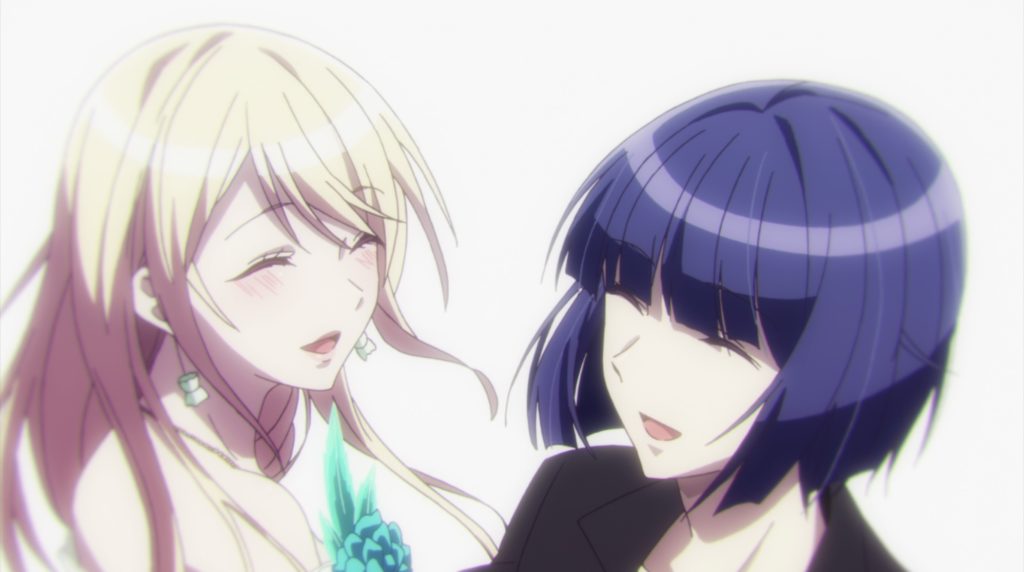 While resolutions and future projections for our other characters are brighter and more understandable considering what came before it, it still feels let down by how Ikuto’s story was handled.

I never expected complete closure within 12 episodes since the anime is adapting an ongoing series, to end in such a manner is disappointing. I can still, on the whole, recommend this anime, as it provides an interesting insight into the fashion industry which is incredibly inspiring at its peak. You’ll just have to sit through a lot of unfortunately-paced, unresolved melodrama to reach it.