Smile Down the Runway Episode 3 Impressions: An Emotionally Gripping Episode, If You Can Suspend Your Disbelief 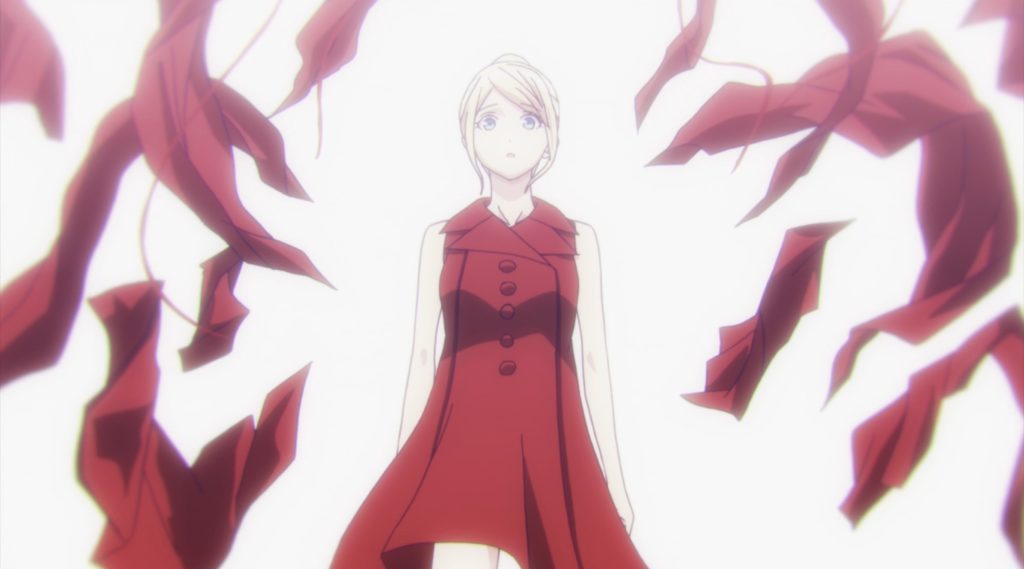 I have to be honest here, I’m still not 100% sure how I feel about this series. I held conflicted feelings for the series heading into episode 3 of Smile Down the Runway due to how the previous episode mixed gripping and well-written drama with an intentional-or-not endorsement of some of the exploitative practices and mannerisms which are unfortunately common within the fashion industry. 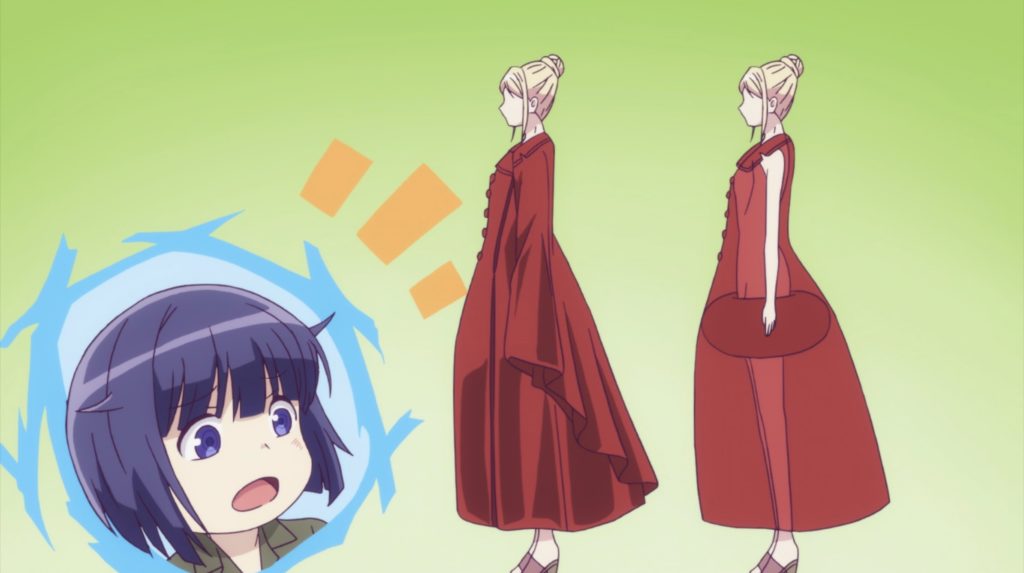 I have been engrossed by the stories of Chiyuki and Ikuto since episode 1, yet I was reluctant to fully hand myself over to the anime while it ignored such issues. A character-driven drama should be led not just by a character’s personal development but their views and opinions on the work they do, and it left a sour taste in my mouth when a character who vows to change the industry for the better fails to address the industry’s problems when it doesn’t directly relate to their own career path.

This episode doesn’t help, in that regard. However, with an almost-real-time story chronicling the frantic last-minute changes necessary to make an outfit not designed for Chiyuki fit her for the fashion show, the result is an inspirationally-beautiful, condensed tale about belonging, passion and overcoming odds which hits all the emotional beats necessary for a stunning episode of anime. 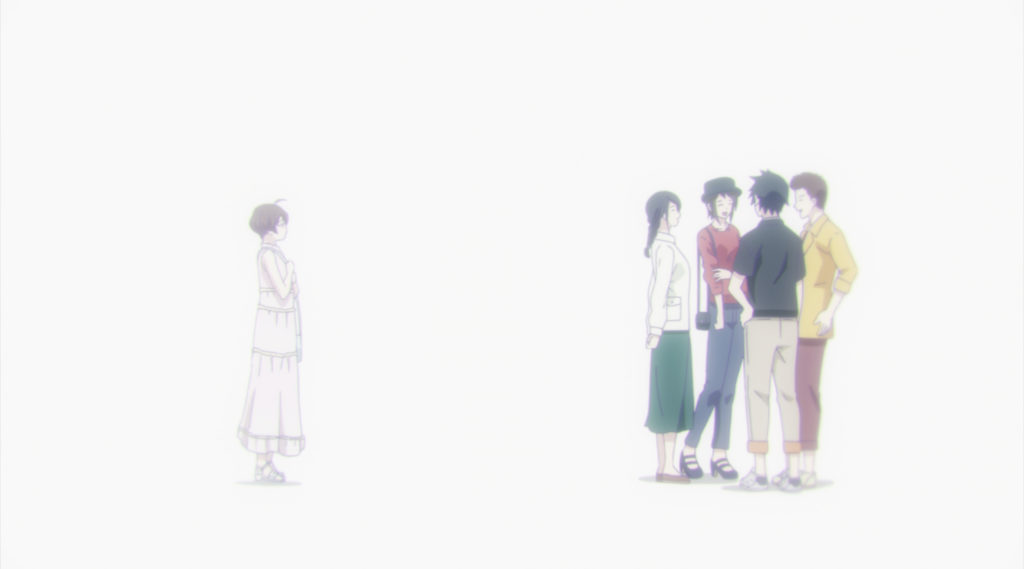 I cried at episode 3 of Smile Down the Runway, or at least shed a tear. Which genuinely surprised me.

I related to the character of Niinuma quite a bit during this week’s episode. Introduced last week as a shy, timid bookworm who entered the fashion industry not by choice as a writer for a magazine when she’d originally longed for a place in the literature division, the world of the runway was not a place where she felt she belonged. Sat in the most anticipated runway event of the entire show, she was left not just bored and confused by the expressionless models and this alien world, but isolated from a world that didn’t represent her. 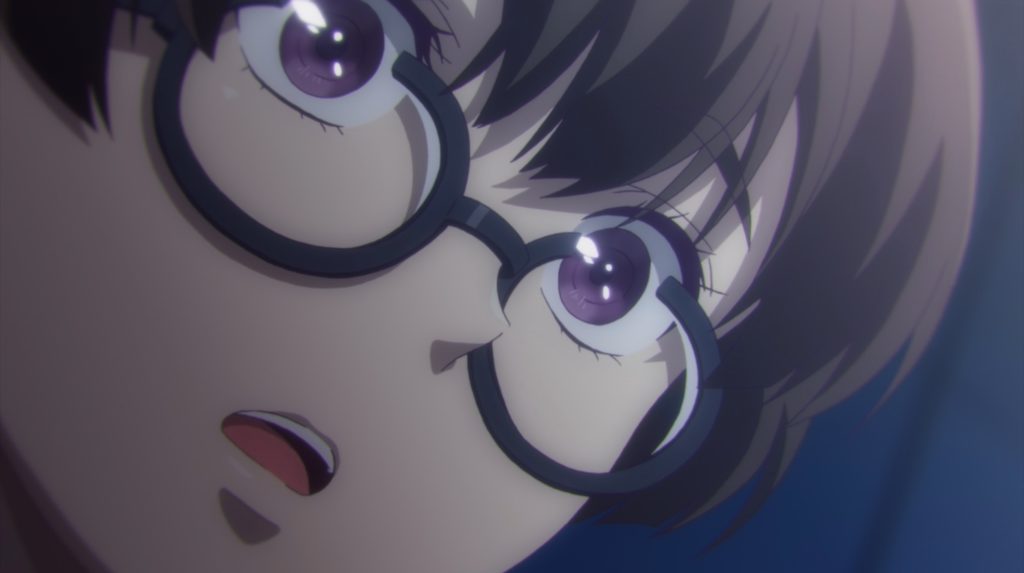 While it’s easy to find a place to exist, it’s difficult to find a place to belong, and it’s not necessarily easy to tell the difference between the two without having experienced both emotions firsthand. Until about a year ago, I felt like I looked upon the world with this approach. I never felt like I consciously made a single decision, even for supposedly life-altering decisions like going to university. Over time, I felt like the people I cared for were drifting away, moving forward in their lives as they went abroad or met new people, leaving me isolated and alone as my own life stalled, either through risks I chose not to take or forces outside my control holding me back. For Niinuma, she felt the same, as attempts to fit in with those she saw as her friends and equals were ignored, barriers between her and the world around her leaving her isolated and alone without people she could confide in or people who could accept her for who she was.

It was one day while wandering almost aimlessly down the busy streets of Tokyo where I began to notice the isolation I once felt had left me not just unable to express myself but mimicking the expressions of others. I felt like almost everything, down to the words which came out of my mouth, was an imitation of another person, layered one on top of the other till they morphed into their own existence and smothered the real me. I felt I needed to change, as the decisions I made were representative of the things others expected of me, not what I saw in myself, and found a purpose and belonging for the very first time. Over time, the layers I once held closely begun to fade away, and even the fashion world, which once seemed alien and confusing, was finally a weapon I could wield in my own, unique way. Having once viewed it as a tool to change oneself, an unnatural form of self-modification, I now saw it as a form of self-expression and used it to my advantage. 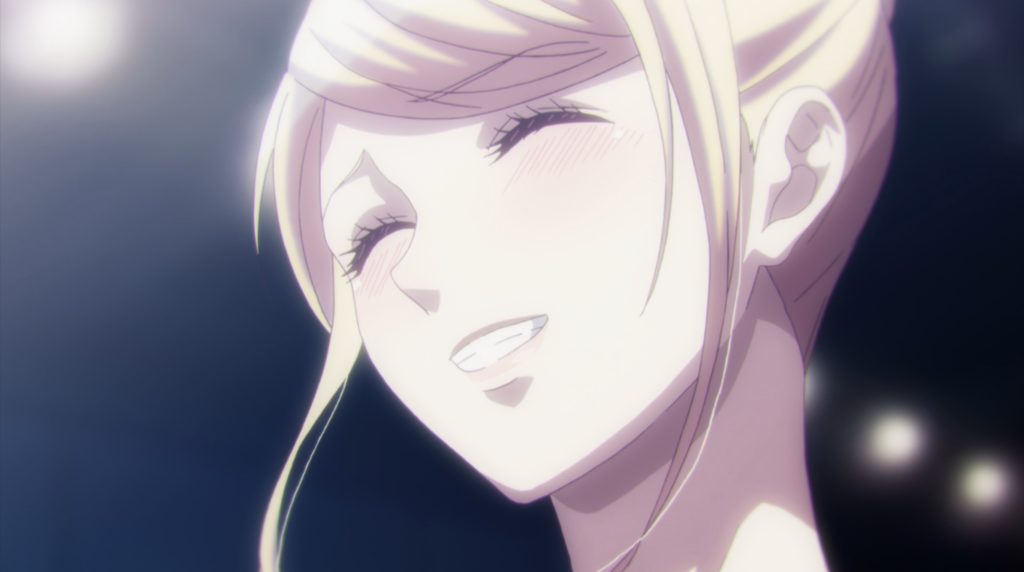 This sense of self-discovery was condensed into episode 3 of Smile Down the Runway, as much through the onlooking reaction of Niinuma as it was through the attempts made by Ikuto and Chiyuki to move forward with their dreams. A show which had mostly met her expectations, much to her boredom, was sparked into life by Chiyuki’s entrance, a model unlike any other, an outsider just like her.

Niinuma’s character is sold as an audience surrogate, a character unable to relate to an industry built on high fashion which doesn’t express who she is, as well as being a person unsure of her calling and a place where she can belong. An outfit and model closer to her allows her to understand an industry that once passed her by, and her joy brings her to tears. It’s perhaps not a moment worthy of such a similar reaction from its audience, yet its relatability did bring a single tear to my eye.

Too Good to be True

Away from Niinuma’s character, however, episode 3 of Smile Down the Runway requires a lot of suspension of disbelief in order to completely sell its concept to the audience. Even with Ikuto’s personal experience outside of the industry, this is his first runway show, and to believe he can completely redesign a dress, never mind as drastic a redesign as Ikuto implements which sees the dress’ inner padding and extensive volume chopped apart in the space of 10 minutes, is a little hard to swallow. Perhaps because of this, the anime chooses not to linger too much on this fact, instead interplaying comedic moments of questionable nature (Ikuto stuffing his head under Chiyuki’s dress to remove the padding just about works when she’d been naked moments earlier as is expected for a runway model, but still feels awkward) with heartwarming interplay between the characters as they reassure the other everything will be fine. 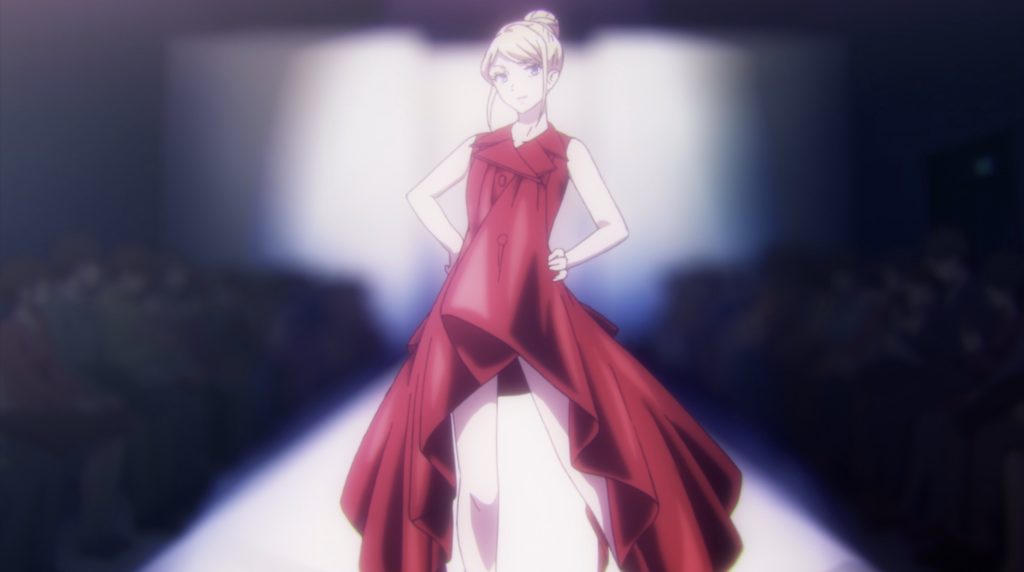 Not only that, the unlikely circumstances of Chiyuki’s broken heel and the creative flair of Ikuto to have the dress ‘transform’ at just the right moment feels impossible to correctly time without complete control over every step of the process. Had anything happened differently it would have looked like the poorly-prepared show and rushed dress design it actually was, and Ikuto would definitely not be receiving the plaudits he was given by the standing ovation of the crowd.

Meanwhile, the closing moments of the previous episode of Smile Down the Runway, with the collapse of Yanagida Hajime‘s assistant from overwork, are left entirely unaddressed by episode 3. This is something I feel the series can just about get away with by focusing the entire episode on just the runway show itself. In saying that, none of the characters seem to be in any rush to check on them now after the show is over, and the fact it was represented as a completely-natural occurrence neither good or bad is a worrying precedent when not addressed quickly.

Smile Down the Runway Episode 3: The Power of Transformation

Even if the fashion industry is questionable and the storytelling requires the audience to accept the unlikely circumstances happening in front of them, Smile Down the Runway episode 3 is still responsible for some of the strongest character development and emotional peaks of the entire Winter anime season so far.

‘Clothes have the power to transform someone’s life.’ 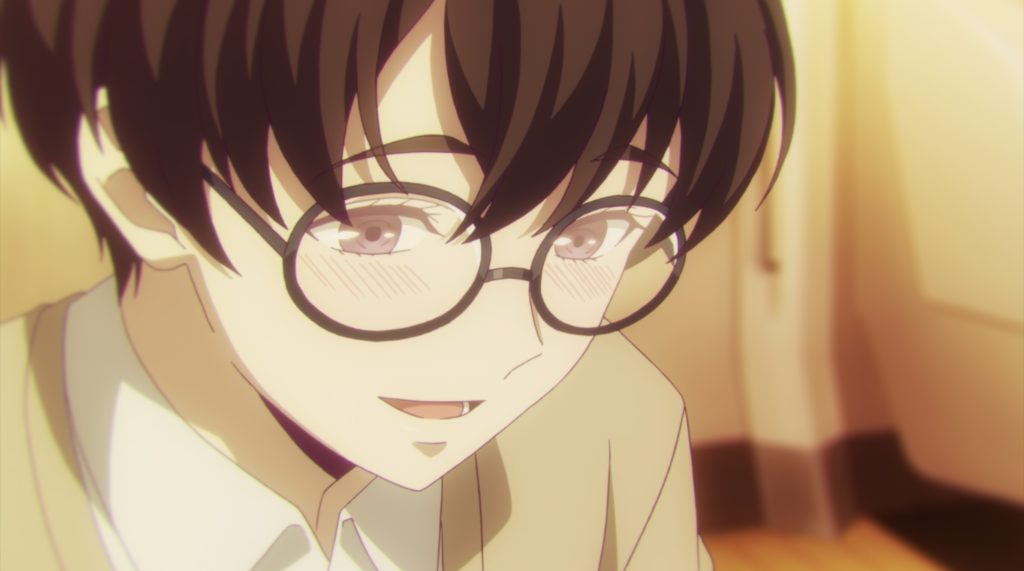 Fashion is not just a form of high art but self-expression, a view which each of our main characters holds in opposition to many of the figures who they come across throughout the industry. Niinuma decides to continue as a fashion writer in order to explore this idea, Chiyuki wants to transform preconceived notions of models, and Ikuto wants to allow people to express themselves through the clothes he designs.

The show has flaws, and it has questions it needs to answer regarding how it wants to represent an at-times controversial industry. However, as a human drama, it’s becoming a strong contender for anime of the season.