Smile Down the Runway Episode 4 Impressions: An Episode Stumbling Down the Catwalk 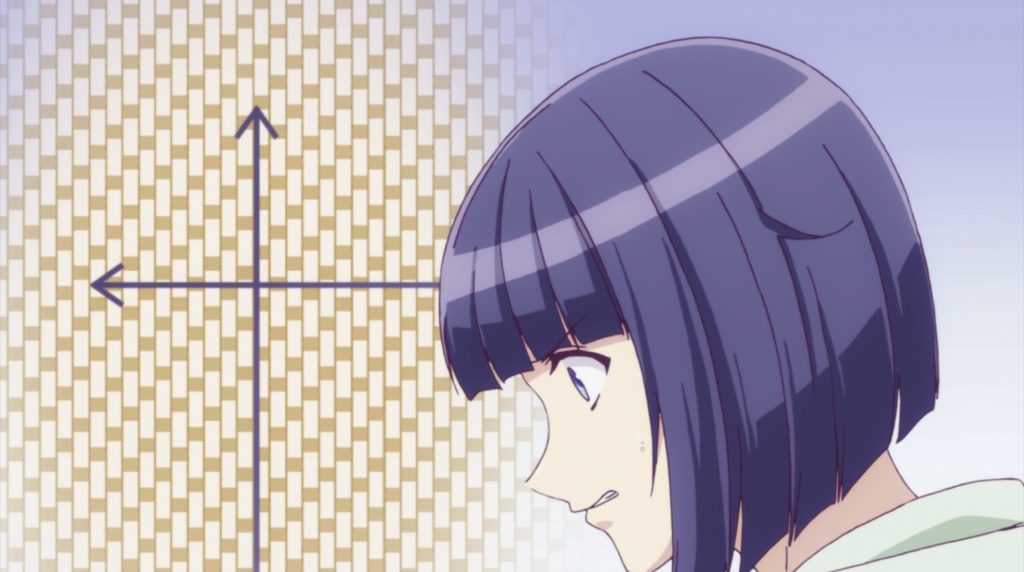 The runway show was a success! On the brink of its collapse, Ikuto and Chiyuki saved the show from certain ruin and the end of new designer Hajime’s independent brand before it had been able to truly get going following a model’s sudden illness and a need to rework a dress designed for them in order to fir the much shorter Chiyuki. Both may be inexperienced in the industry, but they made their presence known. Now, Smile Down the Runway episode 4 needed to deal with the aftermath.

See, for all the show was a success, there were a lot of issues left unresolved. Way back in episode 2 one of Hajime’s junior designers collapsed from overwork, while the direction the characters would go from here in terms of their modeling and design careers remained uncertain. Furthermore, the series was yet to address the problematic connotations of glorifying such debilitating work conditions which partially soured my mood on last week’s episode and, if I’m honest, only worsened my opinion of the episode the more time passed.

This left Smile Down the Runway episode 4 with a lot to do at this crucial juncture of the show’s existence. With its premise firmly established and its characters introduced, could it turn this interest into investment into the world of fashion, lifting the so-far-strong set-up of the series into a powerful drama which not only told an engaging story but embodied the world these characters existed in with the character’s almost-rebellious desire to transform the industry they seek to enter?

Home is Where the Heart Is

This week’s episode begins with an address to the people caught in the crossfire by the harsh working conditions of the industry. The long hours of the industry kept Ikuto from his family despite being their main means of support. Admittedly my obsession with how this show addresses the working conditions associated with the fashion industry can appear harsh, and my desire to see this condemned could be seen as ideological, even though I see it as necessary to avoid perpetuating the idea that long hours at the sake of your health should be glorified.

Although I feel it came later than it should have, and I also don’t feel it goes far enough to state how poor these conditions are (it tackles things from Ikuto’s perspective, yet Moriyama, who collapsed in episode 2, quits at the instruction of her family and is never seen again), it is welcome to see this scene tackle these issues first-hand.

The work may be helping Ikuto to improve, bringing invaluable money for the family when they’re struggling, but it’s costing him his relationships with the people around him. His little sister Ichika is angry when he returns so late after leaving her alone for so long, and it forces him to reconsider things, and in turn, forces the audience to consider the ethics of such working environments within the context of the narrative itself. 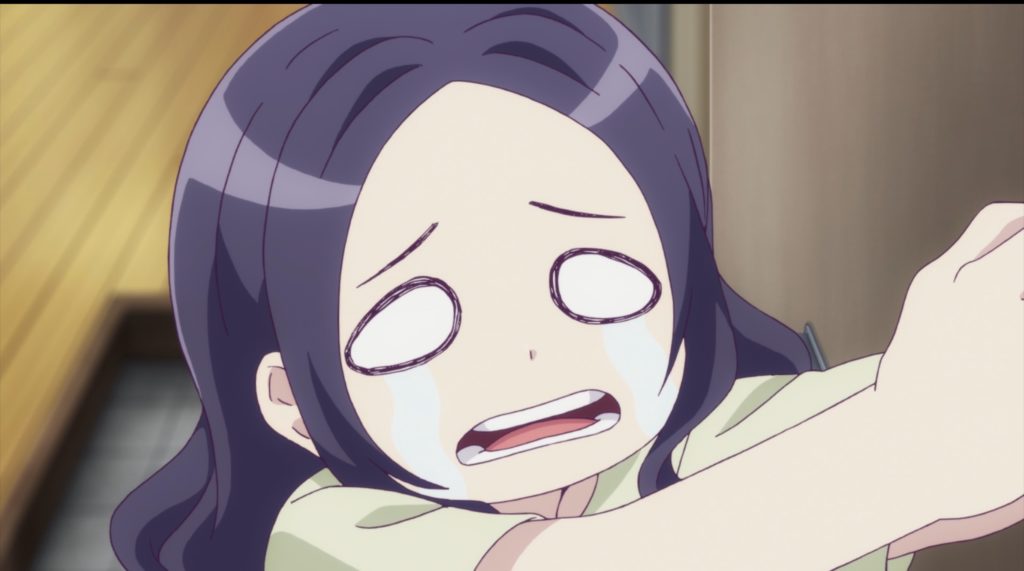 This isn’t all he has to keep in mind, either. His father is nowhere to be seen and his mother is ill in hospital (all issues previously established), meanwhile his sister’s grades are struggling by taking on more responsibilities and has to attend summer school, and Ikuto has to juggle all of these issues while working as an assistant and learning what it takes to become a designer. It’s a large amount not just for Ikuto to have to tackle but for the audience to consider in such a short amount of time.

Smile Down the Runway episode 4 tries to juggle a few too many issues within just 22 minutes of screen time, and this isn’t helped by how much the episode frontloads the introduction to many of the ideas it chooses to tackle. Everything mentioned above all occurs within the first 5 minutes of the episode, and that includes 90 seconds being taken up by the show’s opening theme song. Even if parts of this are a refresher and reminder in the context of Ikuto’s new situation, it’s an overload of information that’s almost too much to handle, and discussing Ikuto’s situation while simultaneously bringing the feelings and characters of his siblings to the forefront for the first time only compounds this further. 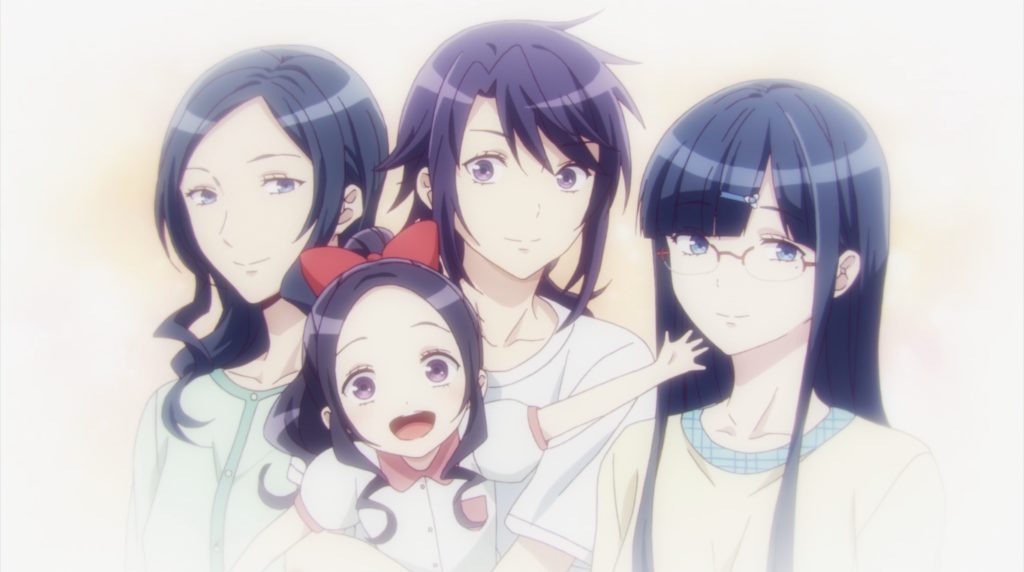 It blunts the impact of the drama within the series as well. When all of this content concludes at the series’ halfway point, the emotional climax upon Ikuto’s realization and his feelings getting through to his family feels rushed and underdeveloped as the majority of the episode until that point wasn’t focused on building up the connections necessary to feel the effects of the scene and more on dumping information on the audience so they could understand what was happening.

From Drama to Process, A Tonal Shift

The second half of the episode shifts the focus to a fashion design expo, where Ikuto helps out with the brand’s attempts to sell their clothes to other companies and showcase their work. Different from a runway show (and much less public), it’s nice to see the show engage in the industry from more than just a public perspective, and I found that I learned a lot from how the expo was showcased. This is how the clothes get into the major department stores and how brands become known within the industry, almost more so than the public displays on the runway which mostly serve as a public exhibition for established companies with few exceptions. 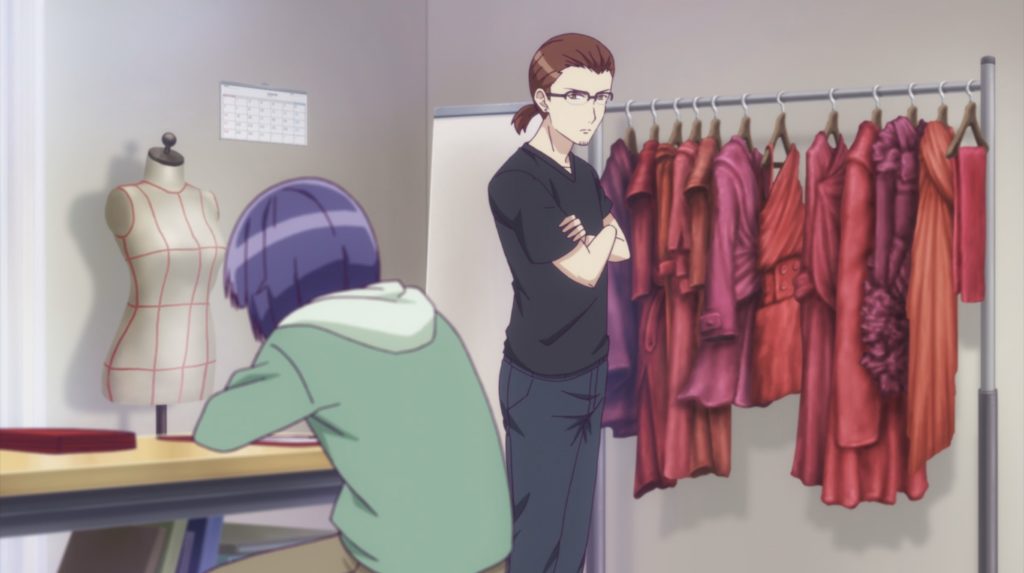 If I’m honest, Smile Down the Runway episode 4 partially saves itself from a messy and overstuffed episode thanks to how the expo is handled and its place as a plot-driving event. We also see the passion and desire which comes with successfully selling your work to a store and the hectic schedules necessary to run an expo, which is interesting even when the characters are stripped away.

Admittedly, even this isn’t perfect. We don’t stay here long before the show deviates from the expo to go to Geika Fashion School where Ikuto is roped in to participate in exchange for some of the students helping produce the 400 pieces needed by the department store they were sold to in just 2 weeks time. The new character introduced here, Ayano Toh, is an off-putting addition to the series, grabbing people without permission while whispering their sizes.

What doesn’t help is the character’s reliance on the overplayed genius trope where they can understand everything about a person on sight (‘you’re wearing a school uniform button up but the vest is handmade, and it looks like it used to be worn by a girl regularly’) which doesn’t grow my affections to the character one bit. 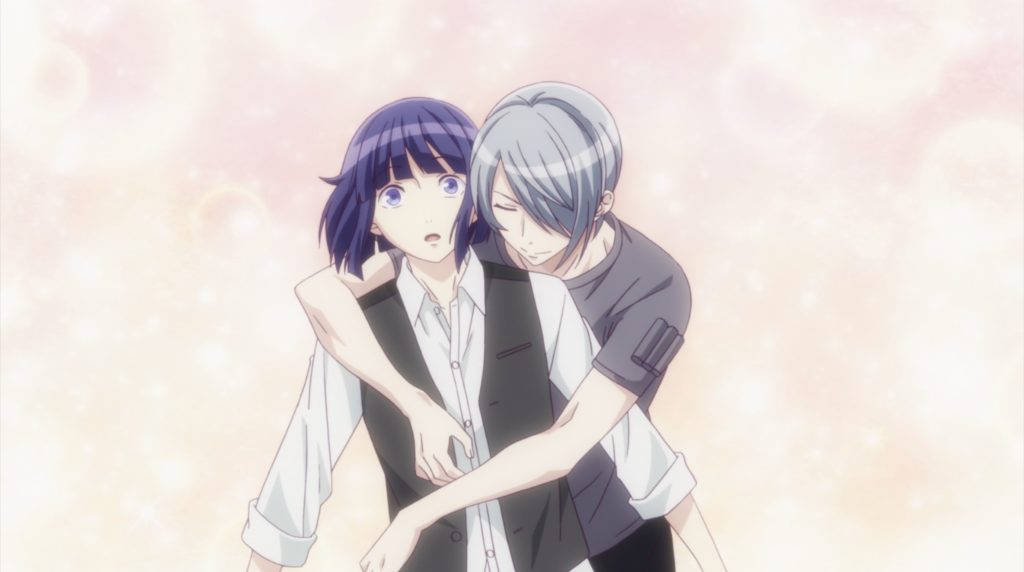 The show jumps from place to place at a pace almost too quick to keep up, as we still have the new assistants joining to help the brand and their intentions going forward to introduce in just the final few minutes. In an attempt to set up the remainder of the series, Smile Down the Runway episode 4 does too much at once and ultimately suffers as a result.

Smile Down the Runway Episode 4: An Episode So Fast, It’s Running Away From the Audience

While episode 4 of Smile Down the Runway addressed some of my concerns with the framing of the series, the episode can feel a bit much at times. More than any review before it, I finished the episode unsure where to start writing, or even the details of every event which occurred within the episode’s short runtime. Because it attempted to do so much at once, I’d forgotten key pieces of information that clarified some of the confusion I felt on my first viewing. 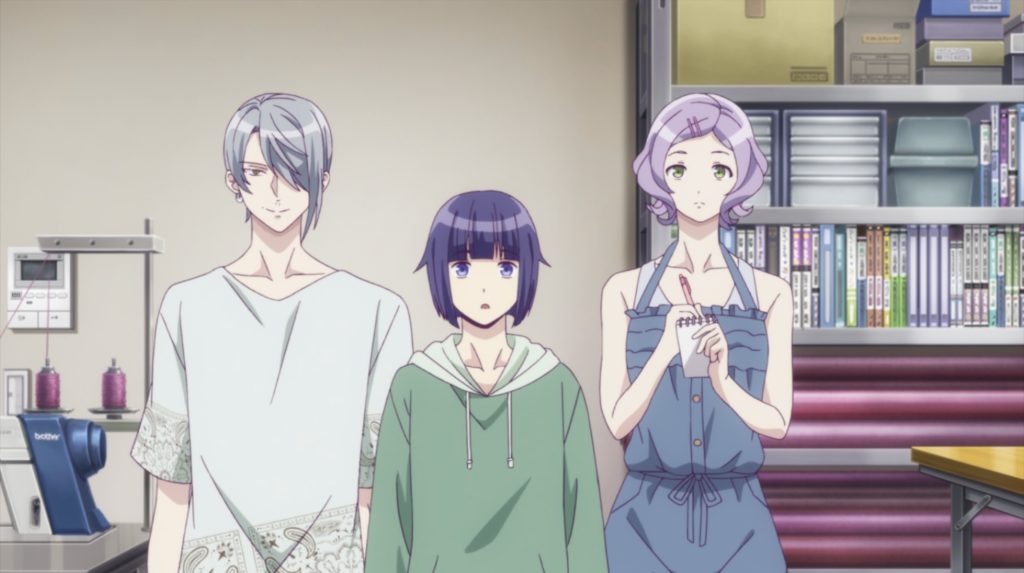 Hopefully, now that many key ideas were established this week, the next few episodes can be an improvement on this one as they’re explored and given time to flourish. I’d also like to see more character development, as aside from moments at the beginning of the episode Ikuto’s development was lacking as everything happened around him, and Chiyuki was an absent figure despite making a major runway debut.

Personally, while it had its moments, I feel that episode 4 of Smile Down the Runway was a little too hectic for its own good.