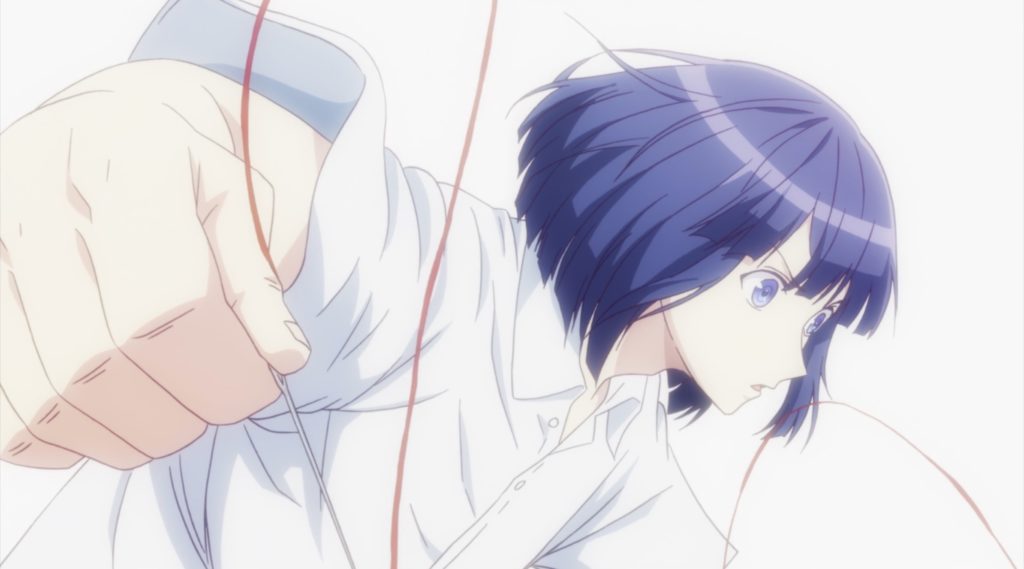 Contrary to the pre-release promotional imagery, the main character of Smile Down the Runway, and once again the central focus for at least the first half of episode 6, is Ikuto Tsuruma. Luckily, this is a decision which I feel has worked out for the better for the anime. While not free from missteps, the series has been able to tell a more interesting story about both of our main characters, as well as the industry at large, by focusing on Ikuto and the design process and getting behind the runway.

This is obvious in this most recent set of episodes. In the midst of the preliminary competition for the Geika Fashion School fashion show which Ikuto has entered as a guest, we’ve been able to see emotions and passions flare up as he attempts to finish and complete his design while showcasing how independent fashion brands function. This week, we see both this story and a return of focus to Chiyuki and her rough start at Mille Neige covered in detail. Attempts to focus on both these stories allows for an engaging, if unfocused, episode.

On the Cusp of Glory 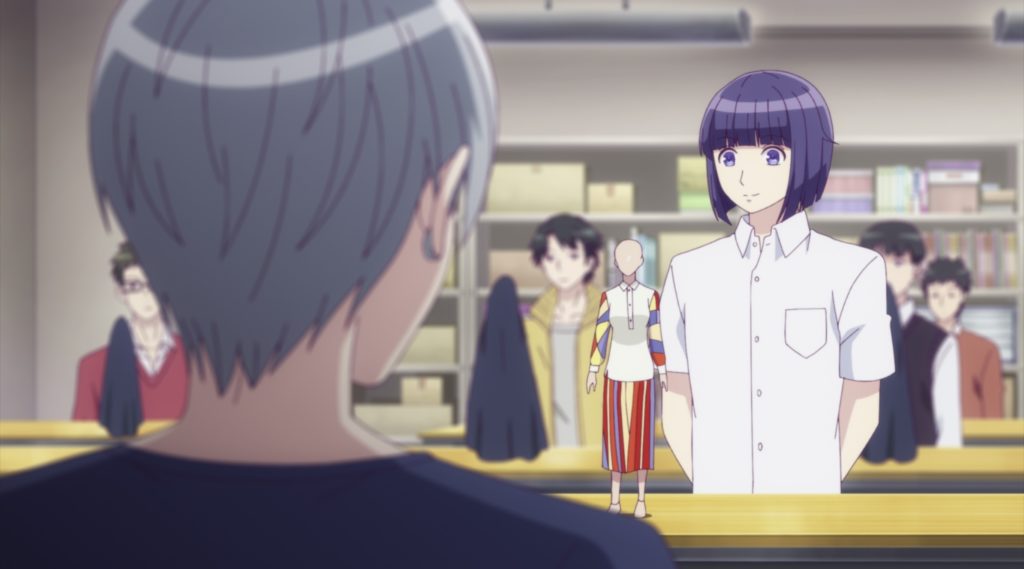 My main critique of this week’s episode is a lack of focus. By splitting our focus on two different storylines with both of our main characters, storylines which don’t really overlap with one another, the episode ends up feeling disjointed, while key emotional high points miss the mark as a result. The most obvious example of this within Smile Down the Runway episode 6 comes during the first half, as Ikuto receives his results.

The first of these involves the results of Geika Fashion School preliminary competition. The events of this episode, despite continuing exactly from where last week’s episode left off, feel disconnected from what happened before and confusing to follow as a result. While the episode ended with Ikuto finding a breakthrough in his design for Sara’s outfit after seeing her on TV, we’d witnessed him reach breaking point while slaving at this design just before this breakthrough. His design wasn’t going as planned, he made a mess of the materials, and he was running low on cash. He may have had a flash of inspiration, but he was otherwise backed into a corner.

This week, the tension and concern for his ability to complete any outfit whatsoever, never mind a prize-winning outfit, was completely overlooked. It feels like a section of the story was cut as we go from this moment of clarity to Ikuto discussing the design he’s made with Chiyuki and presenting it to the other students during the preliminaries. We don’t see the creation of the outfit, and we don’t see even see the completed outfit until it’s shown off to his fellow students. 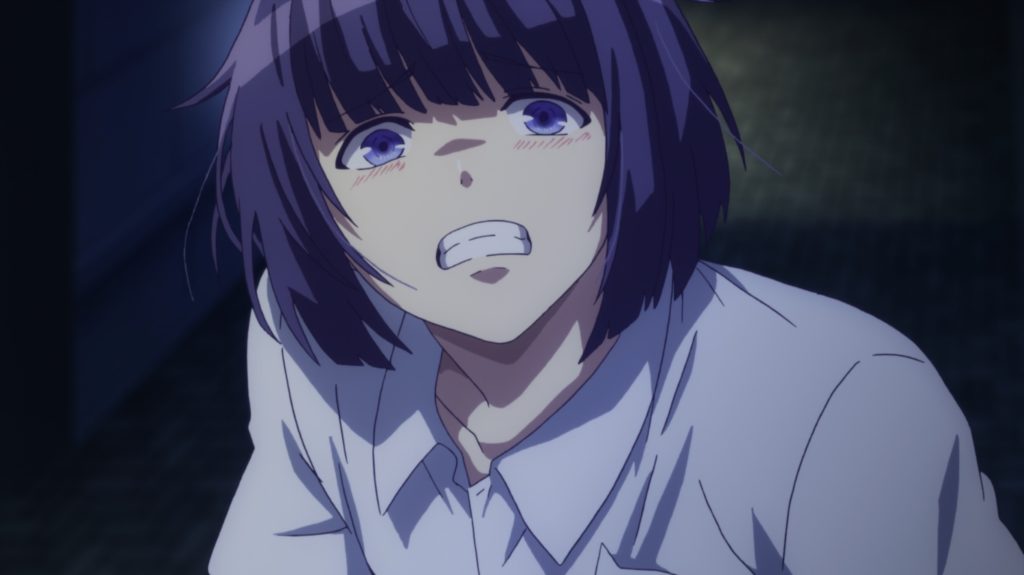 For a show that at every stage of the process has endeavored to showcase to the audience not just the character’s personal struggles but the process and efforts which go into every aspect of the fashion industry, the pacing here threw me for a loop. It felt like shortcuts were taken either to appease the runtime or to avoid animating more complex scenes such as the sewing of the clothing. It feels like something is missing.

The animation point is an even more pressing concern, as the grueling weekly schedule of TV animation is beginning to show and exacerbated by pacing which emphasizes these cut corners. The animation of Smile Down the Runway episode 6 is rough to the point of distraction, while certain still scenes look unfinished. Key animation cuts, such as a scene featuring Ikuto emotionally declaring his frustration with only placing 3rd, were given the priority and look far better than the rough, janky animation of the rest of the episode. It helps key scenes retain their desired impact, with the unfortunate impact of shining a light on a production which is beginning to show signs of strain.

It’s a concern, yet also one easy to overlook with better pacing. Spending an entire episode building up these preliminary competitions just to cut away so quickly while major steps of the process were cut is frustrating. Waiting a week to see these cuts makes it worse. 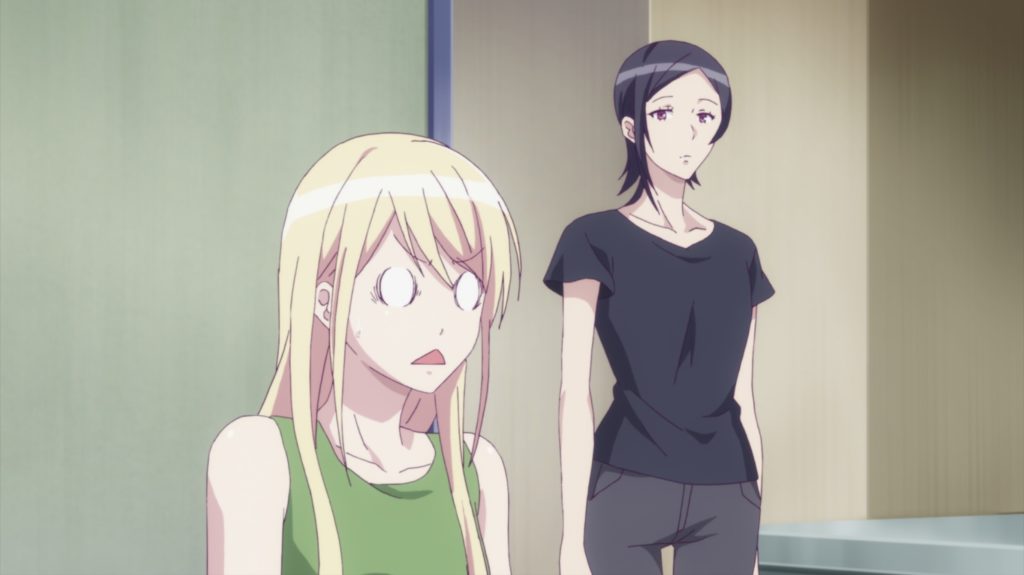 Chiyuki’s story in Smile Down the Runway episode 6 should have been pushed out another week in order to let Ikuto’s work on the fashion show conclude more naturally. That line of thinking shouldn’t take away from what we receive in this second half of the episode, however, as it’s a pleasant re-introduction to her world of modeling and a much stronger half of the episode overall.

We’ve checked in with Chiyuki at various times over the last few weeks. We learned of her plans to go to Paris in the previous episode and saw her at the runway show before that, as she begins her uphill fight to model in spite of her height. We never truly ‘left’ her, yet we barely explored her situation since joining Mille Neige, so it’s nice to see the mix of character development and knowledge of the industry intersect in a way the first half of this week failed to achieve.

Being a model isn’t solely looking pretty and waiting for the offers to roll in, unless you’re famous enough to be sought out by major brands. Creating a portfolio of your modeling work, an impressions board of styles and image and incessant pitching of your name and work to every magazine and brand you can find is just step one of what’s necessary to land a gig, and is showcased in detail here. Got to love that freelancer lifestyle. 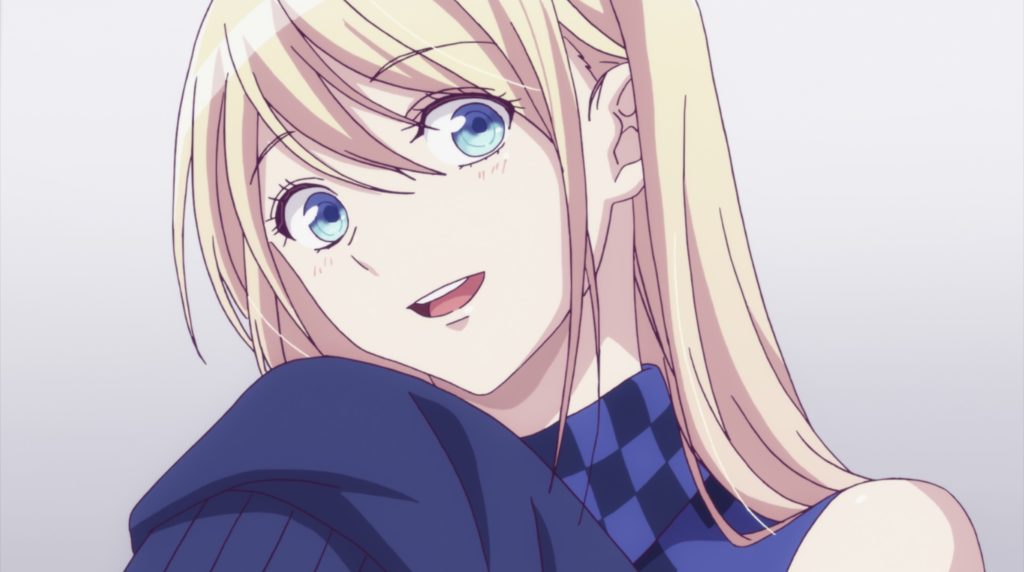 It’s rather low on drama, but I didn’t really mind all that much. Seeing this work was interesting, and I can’t say I’m surprised that, even when contracted to an agency like Mille Neige, a model still needs to pay out of pocket for personal shoots for a portfolio, even though without it she won’t get work. It’s industry standard, and they’re happy to move you on and hire elsewhere if you don’t work elsewhere. Seems fair (it’s not).

All that being said, I have to be honest, it’s not just a desire to see Ikuto’s fashion show work expanded upon which makes me sad this wasn’t pushed out to next week. Just as I feel we’re getting ingrained into a daily routine for Chiyuki and understanding her current work process, the episode is over frustratingly soon. The section has no time to breathe, and the need for a cliffhanger to make audiences come back leads to a rather forced moment of drama in the final seconds which comes without warning and barely processes by the time the credits are rolling.

Smile Down the Runway Episode 6: Grueling Schedules Take Their Toll 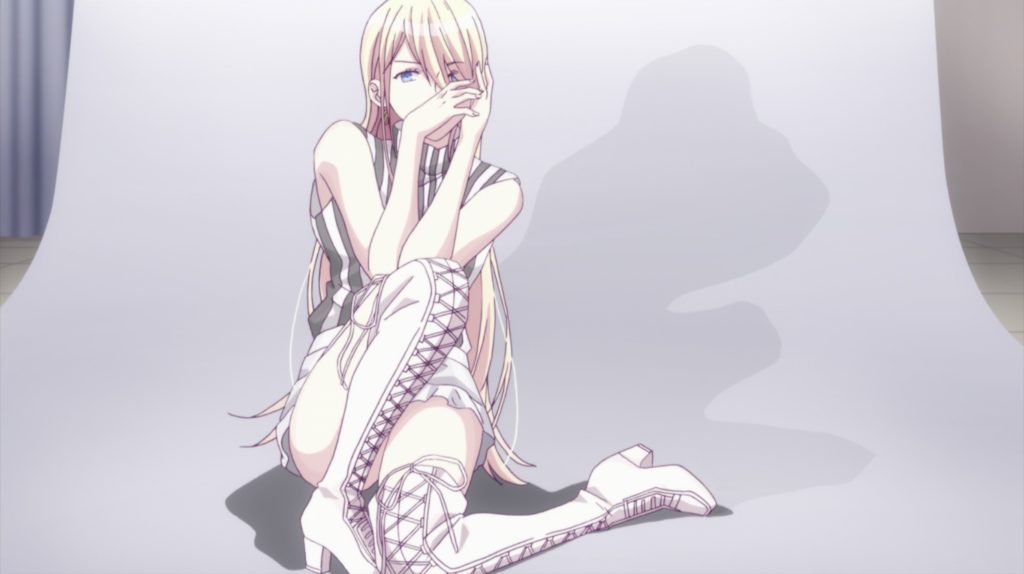 Smile Down the Runway episode 6 feels messy, and almost all my issues with the episode are, at the end of the day, entirely preventable. Pacing issues are found within the original source material and are transported across wholesale here, yet an adaptation is always able to add additional scenes and expand on the original series if desired, and I wish they’d taken this opportunity. Less easy to fix are the animation issues, an inevitable structural problem industry-wide when timescales are short and studios are overworked. To show up as the show barely reaches the halfway point, however, I can’t help but feel nervous about the episodes to come.

Although an unfocused episode, I can’t say I was exactly bored at any point, and I did enjoy myself on the whole while watching the episode. I was thrown off by its pacing but I wasn’t taken out of the episode by it. The show is becoming more assured in its content and confident in the audience’s understanding of the world of fashion now they’ve been acclimatized to it for over a month, and this turns even educational segments into moments of character introspection as the director can assume the audience is now able to understand certain aspects without explanation.

My only hope for next week’s episode is that it can choose one of these storylines (each character has their own cliffhanger, however, so I am doubtful about this) and give it the full episode’s runtime to develop and breathe. We’ll have to wait and see in that regard, however.