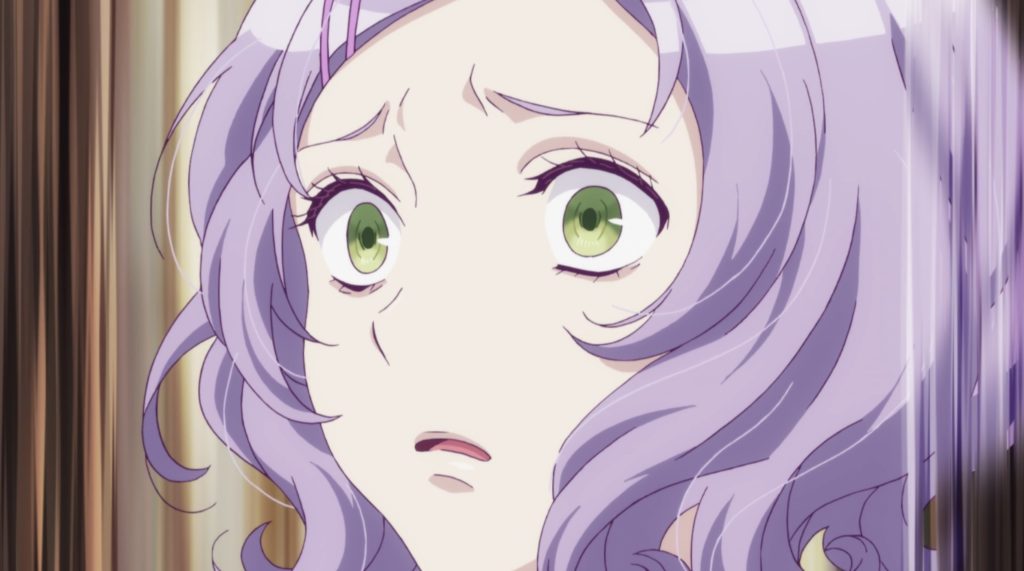 Episode 7 of Smile Down the Runway focuses on one key character trait necessary to succeed in any area of the fashion business: passion. Well, technically the episode is called ‘Aura’, but this is referring to the powerful, confident aura that comes from wanting to do the best, a state of mind that requires passion in the field.

For an episode about passion and a focus on success, the result is anything but. The episode sets out a thesis statement to explore over the upcoming moments, yet I couldn’t feel the character’s passion or even understand their point of view due to a messy structure, and it’s difficult to argue the episode succeeded at what it set out to achieve in such circumstances. 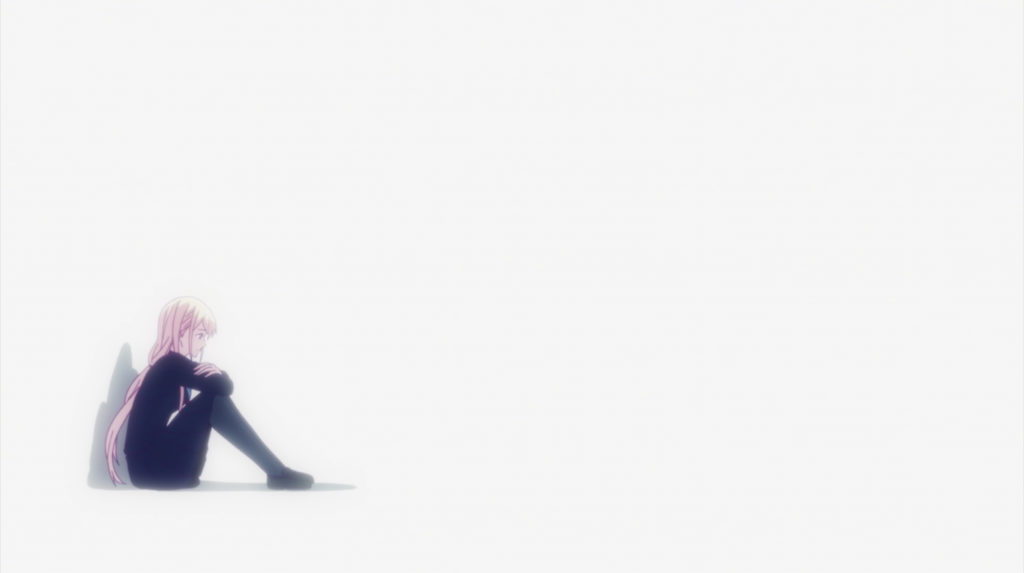 The episode begins by repeating the edict told to audiences at the very beginning of the series: Chiyuki can’t be a model because she’s too short. She lacks an extra 10-15cm that she requires in order to reach the ideal height for a professional in the field, so it’s impossible for her to stand on her own in such a competitive field.

However, events don’t play out the same as always. If you can’t make it through genetic advantage, you need something else: aura. If you have the right mindset and are able to showcase your talents, height won’t be an issue. Sure, it may be easier if you hold the desired attributes, but it’s possible to jump past such barriers with the right mindset.

To put this to the test, we see Kokoro, the tall model who also wants to be a designer we met earlier in the series, turn up with a negative mindset and unprepared for a photoshoot. Kokoro doesn’t want to be here but has no choice, and Chiyuki wants to show her up through the passion she holds. 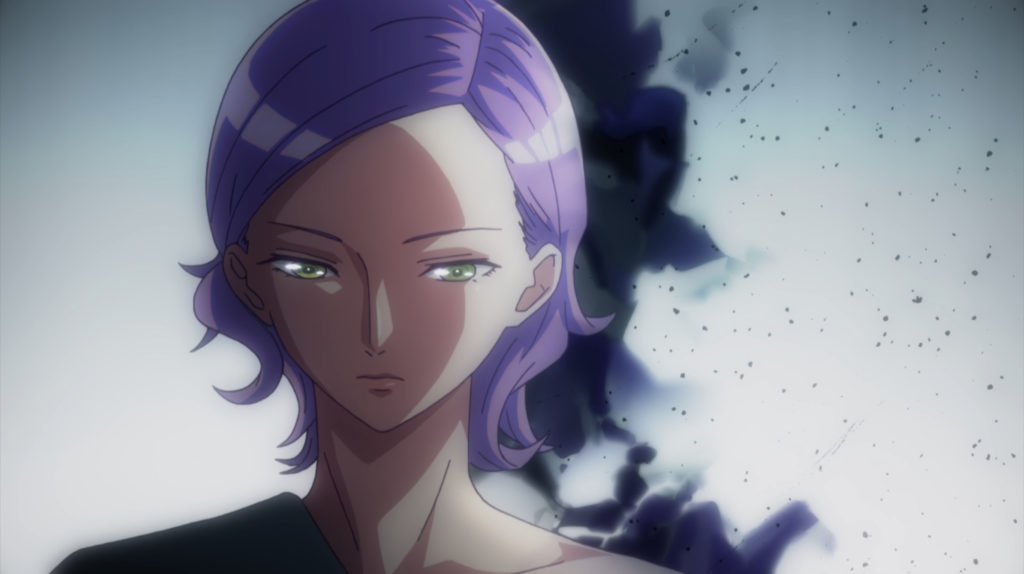 This is a compelling concept to explore, building on what’s come before it. We have a series following two characters without the ‘desired’ characteristics to achieve in their respective fields worming their way into the industry on their own terms, regardless of what others think or expect. They prove people wrong.

While it’s arguably more realistic for the series to slowly pull Chiyuki from the shoot, first by having her berated by Kokoro’s manager for her height before then being told to leave even because she makes the photo off-balance, yet it makes this first half of episode 7 of Smile Down the Runway unbalanced as a result. Why bother spending so much time emphasizing how attitude and not genetic advantages are what you need to be successful, only to completely disregard it over the course of a few minutes?

If you look at these events from the perspective of the negative aura of Kokoro, you could say that Chiyuki’s passion influences Kokoro to stand up for herself more. She doesn’t want to be at the fashion shoot and sees a person who wants her role far more than she does in Chiyuki. In spite of that, she gets all the praise while the other is pushed out the door, making her feel worse in the process. Chiyuki’s aura causes Kokoro to stand up to her manager and tell her enough is enough, and that she wants to work as a designer. 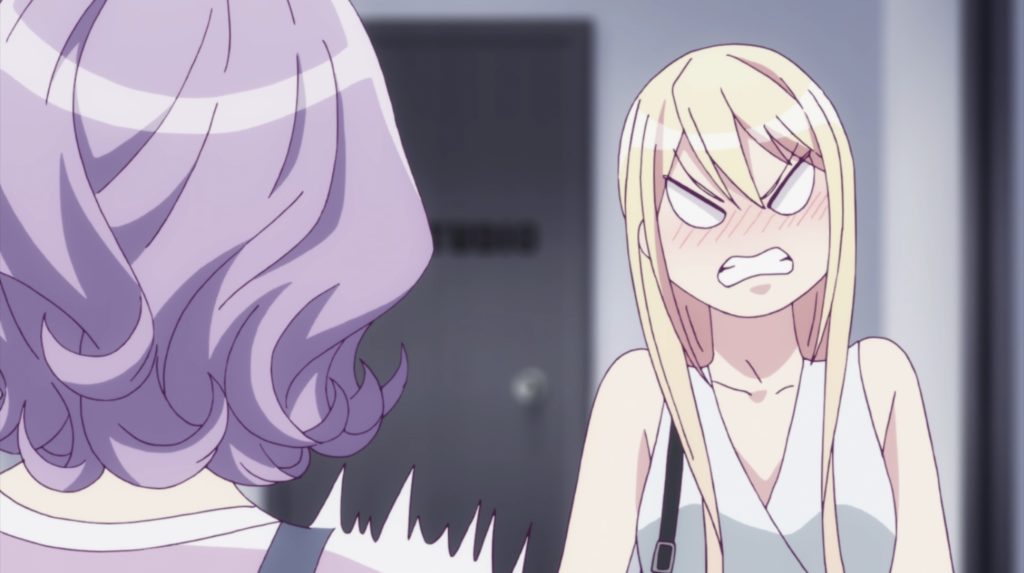 Considering it from this viewpoint, you could say showed how important passion is in order to follow your dream, as that’s what causes Kokoro to speak out. But then, why start with such large emphasis on Chiyuki, only for the lesson to be learned by Kokoro? Why leave Chiyuki’s passion and aura unresolved? While this may be more realistic, striving for realism shouldn’t come at the cost of the story being told. Either a rewrite of this first half of the episode to shift the focus more directly onto Kokoro or a different resolution where Chiyuki is able to shine through her passion is necessary to make the set-up and pay-off work.

Too Much to Say

The rest of the episode holds similar problems. Discussed briefly in relation to Kokoro’s outburst to her overbearing manager is the manager’s own past as a model. We learn that she used to be a model and achieved her dreams of walking the runway for her favorite brand, yet this success failed to make her happy because of the illicit methods she used to achieve it.

This backstory is told via a flashback when in reality I feel we need an entire episode exploring the manager’s past to help us to understand why she’s so strict and insistent with Kokoro about needing to be a model. Even then, it feels like she’s pushing her own dreams onto Kokoro regardless of whether she wants to achieve them or not, and we don’t know enough about her to for us to hold anything other than an unfavorable view on them. Considering much of this flashback is framed as sympathetic, the intended emotional impact of the scene fails because we don’t hold a connection to the manager as a character. 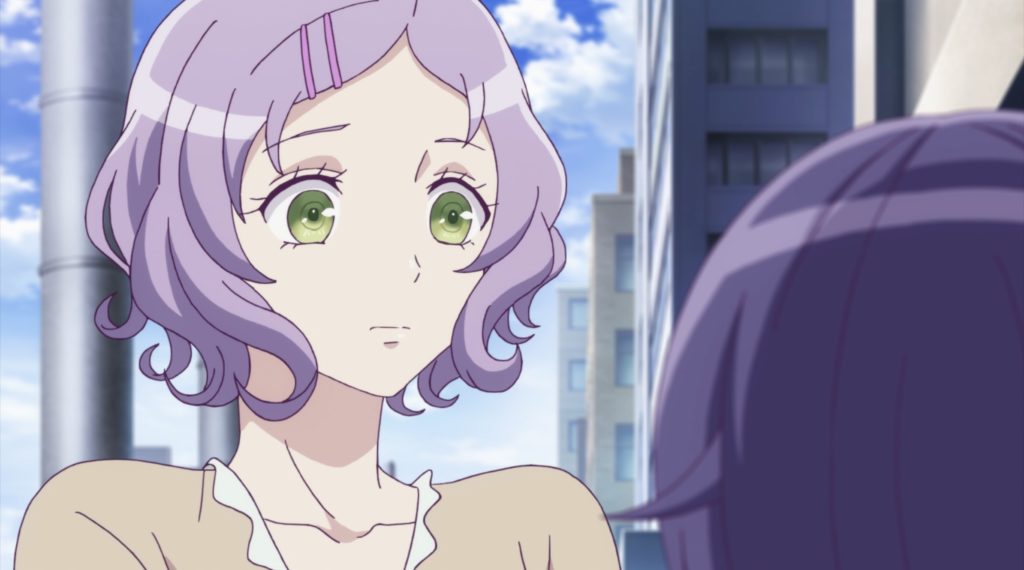 Episode 7 of Smile Down the Runway also sees the resolution of the Geika Fashion School fashion show preliminary tournament. This is another black mark against the episode, as the competition which was once the be-all-and-end-all for our characters has diminished to the point of near-irrelevance.

When it was first introduced in episode 5, the show was a big deal. We see Ikuto slaving away and struggling to finish a design, ending the episode on a cliffhanger when he has a breakthrough but limited time to turn his idea into reality. Last week, we returned to see the design finished and a victory strong enough to immediately send him to the fashion show without even needing to enter the second round, all concluded within the first half of the episode.

This week, the second round, which still features one of our supporting cast members, Kokoro, fighting for a spot in the show, is completely ignored. The fashion show has become such an irrelevance that the conclusion of the preliminaries and Kokoro’s success occurs off-screen, and we just have to accept what happened without any fuss. 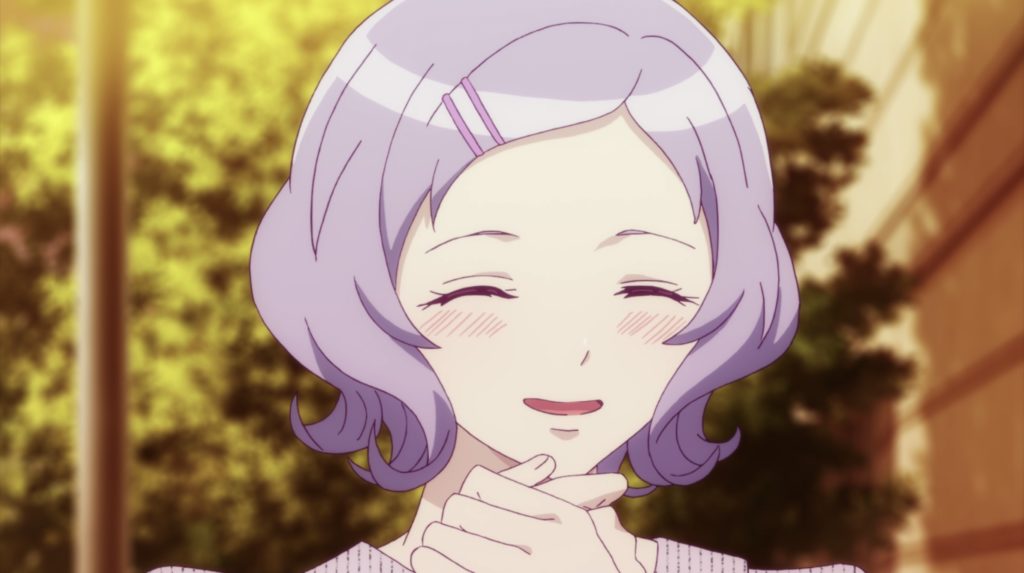 While the show may have lacked as much importance without Ikuto’s participation, it doesn’t mean that it isn’t worth showing, especially since it promised to show a new skill in pattern making. In the end, this feels like another misstep in an episode that doesn’t know what story it wants to tell or how it wants to tell it.

This is all ignoring the health problems for Ikuto’s mother, an event which unnecessarily closes the episode with unneeded drama for the sake of a cliffhanger.

Smile Down the Runway Episode 7: Tackling Too Much at Once 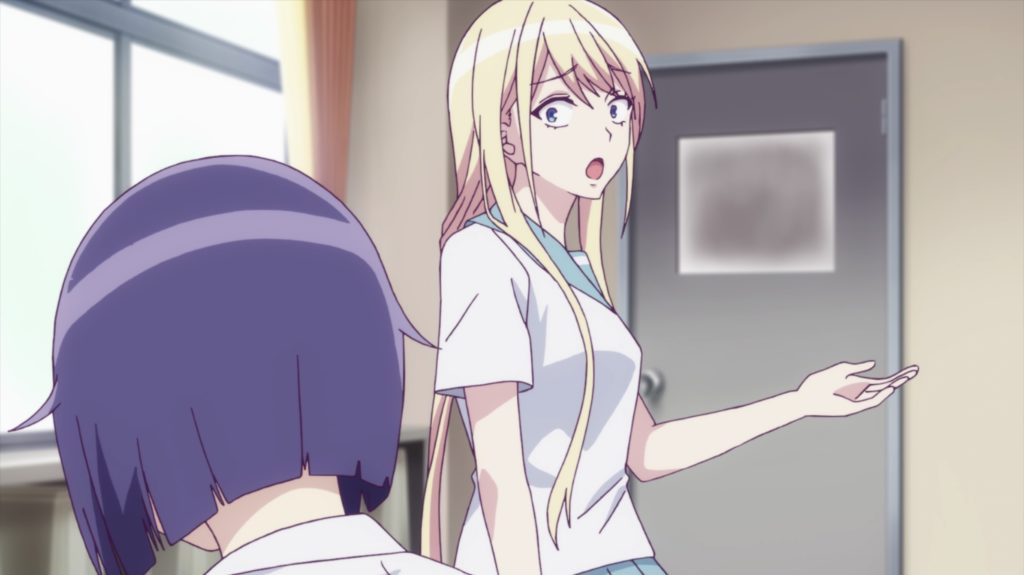 Episode 7 of Smile Down the Runway feels emblematic of the issues plaguing the series up until this point. At its core, there’s a strong, character-driven drama about two underdogs trying to enter the fashion industry against all odds which is accessible regardless of prior knowledge of the industry at large.

However, this core is hidden under layers of unnecessary drama, messy story developments and an overabundance of open plot threads without a focus on resolving any particular one of them. Chiyuki is working at Mille Neige, trying to show her height isn’t an issue and is preparing for a trip to Paris. Ikuto is in the middle of a fashion competition while working for a fashion designer, planning to leave said designer to work with Toh Ayano’s brand, all while dealing with family health issues. Then you have Kokoro, and the fashion reporter who saw herself in Chiyuki’s performance, and more threads which remain unresolved on top of that.

The series is more than happy to throw new ideas at the audience but less interested in seeing them through to their conclusion. The series needs some tangible resolution to long-running issues before this indecisiveness in terms of the story it wants to tell becomes an issue in and of itself. It’s already making events feel unfocused, and I fear the series’ strong points are beginning to be lost in the show’s endless attempts to tell every story at once.