Smile Down the Runway Episode 8 Impressions: A Family Crisis Without Family Connection 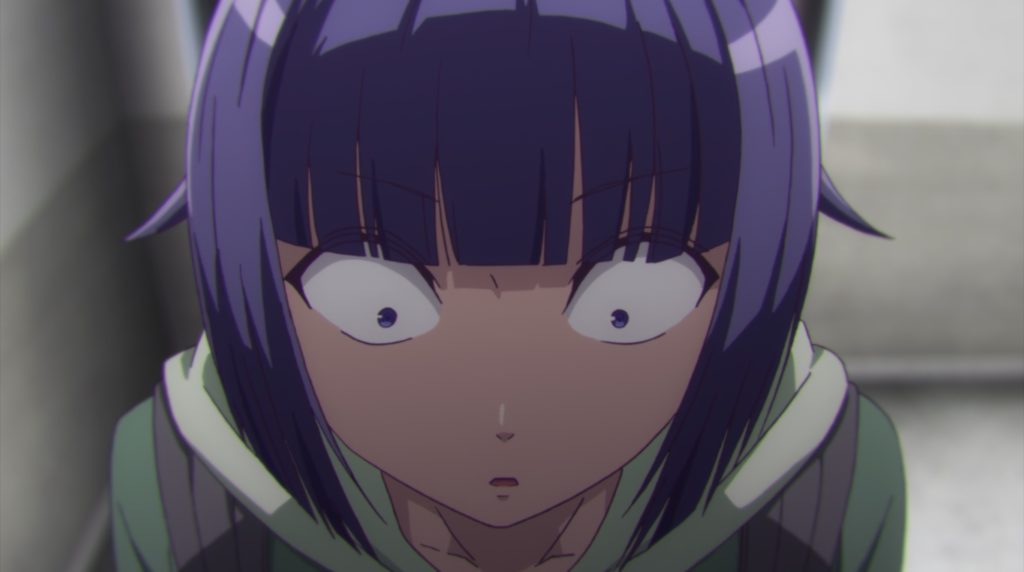 Smile Down the Runway’s has a variety of issues heading into episode 8 of the series. Last week I complained that, though the series is happy to constantly introduce new characters and problems into the lives of our protagonists, it never explores them and the impacts they have on the people involved beyond immediate, surface-level observations. This, alongside a failure to find resolution or follow up on these ideas, leaves many of them unfinished and hinders the shows forward momentum even when the lives of our characters are in a constant state of flux.

After the closing credits of episode 7, we learn that Ikuto’s sick mother saw her health take a turn for the worst as he learns details about his objective for the fashion show grand finals. While the show intends to use this week’s installment to explore the relationship between Ikuto and his mother through the illness and monetary crisis that follows, familiar pitfalls blunt the emotional impact this family tragedy is supposed to have, ruining the episode in the progress. 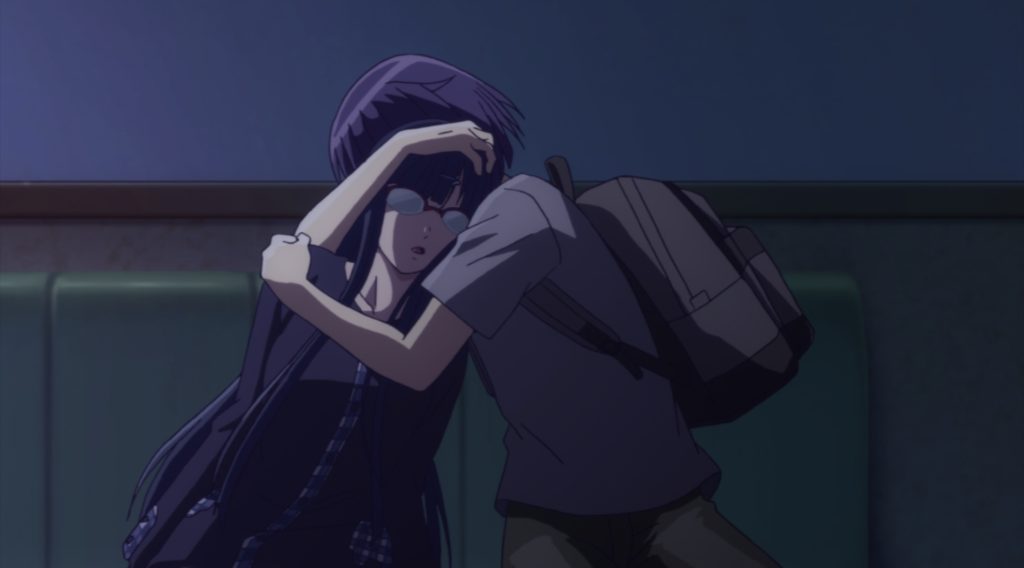 Continuing right where we left off, Smile Down the Runway episode 8 sets up what is designed to be the episode’s emotional peak and the conflict explored over the next 22 minutes. Upon arriving at the hospital, Ikuto is attacked by his sister about his mother’s condition: her health was worse than she let on, and that she’s in dangerously poor health going into surgery. The stress of the condition was taking its toll.

We see the siblings quarrel under the stress of their mother being in surgery before they calm and we see them talk about the issues they face. We have flashbacks to Ikuto’s childhood where we see how he was inspired by his mother to make clothes and become a designer, setting him on his current career path, showing how much she means to him as more than just a paternal figure.

The issue is, the flashbacks, the framing of the scene, the argument, it’s designed to bring out strong emotions in its audience as we sympathize with what Ikuto’s going through and the possibility of him losing someone important to him. Where this fails is simple: we simply don’t know enough about their relationship and how close they are to truly understand the impact this could have 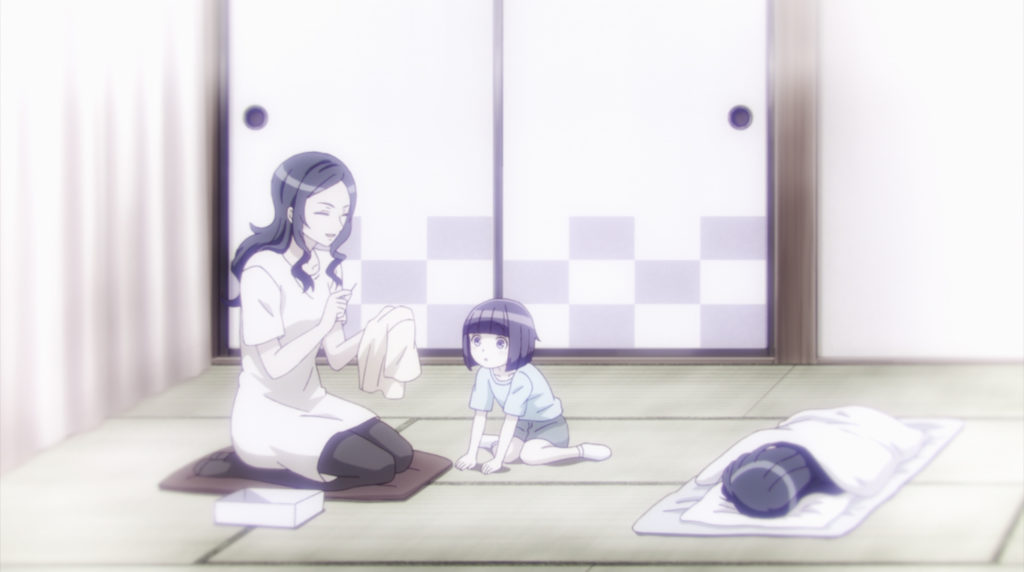 While the mother has made fleeting appearances in the show so far, as an audience we’re yet to invest ourselves in their relationship; we’ve only become invested in Ikuto. Each of their siblings has had far more screentime than their mother, and not only have they rarely discussed her wellbeing, their conflicts have been completely divorced from their mother’s physical health. Even now, the full details of the illness she is suffering from are unknown.

Without enough investment into her as a character or the relationship she has with our protagonist, this key emotional apex of Smile Down the Runway episode 8 falls flat. We learn more about the mother and Ikuto in the flashbacks that accompany this news than we have in the entirety of the show so far. Had we learned this information gradually over a number of episodes leading up to this point, would this scene have succeeded in what it set out to achieve? 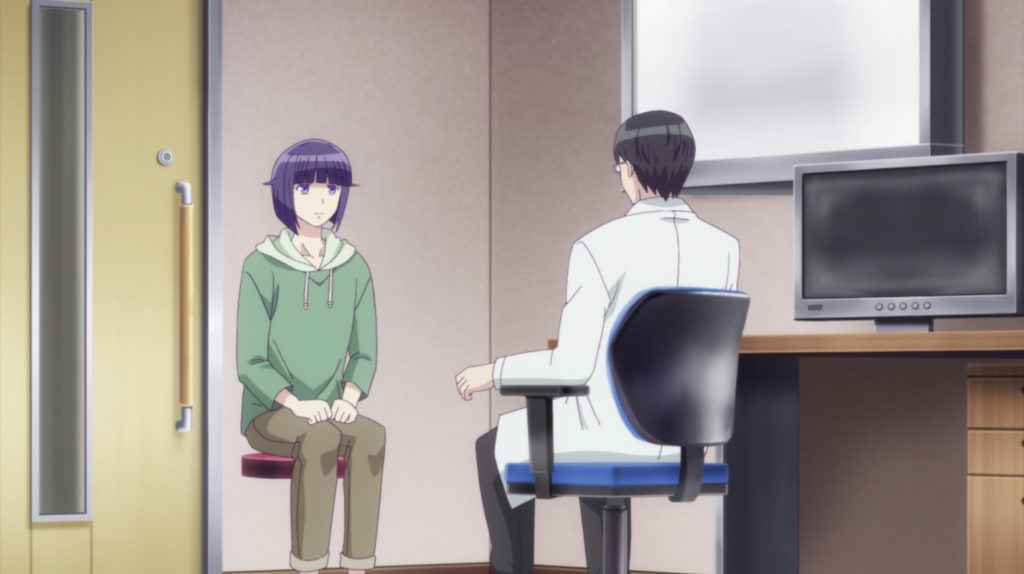 Compounding this issue of emotional investment, the recurring problem of the constant introduction of new plot threads without resolution only further dilutes what this episode is trying to say. The mother’s illness now takes a sudden backseat for a focus on the financial cost of her treatment on Ikuto.

For the surgeries and hospital stay, she has received a 460,000yen medical bill (about $4600) due for payment once she’s discharged, without the savings necessary to pay it off. Even with the money that Ikuto has been able to save from working, he’s still just under 400,000yen short, and this is ignoring the fact he still needs money to pay for the materials to create clothes for the fashion show finals.

This causes the focus of the episode to shift in multiple different directions under the umbrella of Ikuto trying to raise the money he needs to pay for his mother’s treatment, losing itself as the episode morphs into a discussion of the impact of wealth and class to fashion.

To make it in fashion you need money, and with the series more than happy to tackle the business side of the industry it’s nice to see a light being shone on the inequality structurally built into how the industry functions. Want to make clothes? You need to join a fashion brand. Want to join a prestigious fashion brand? You need to have a degree from a well-known fashion school, which is easier said than done. 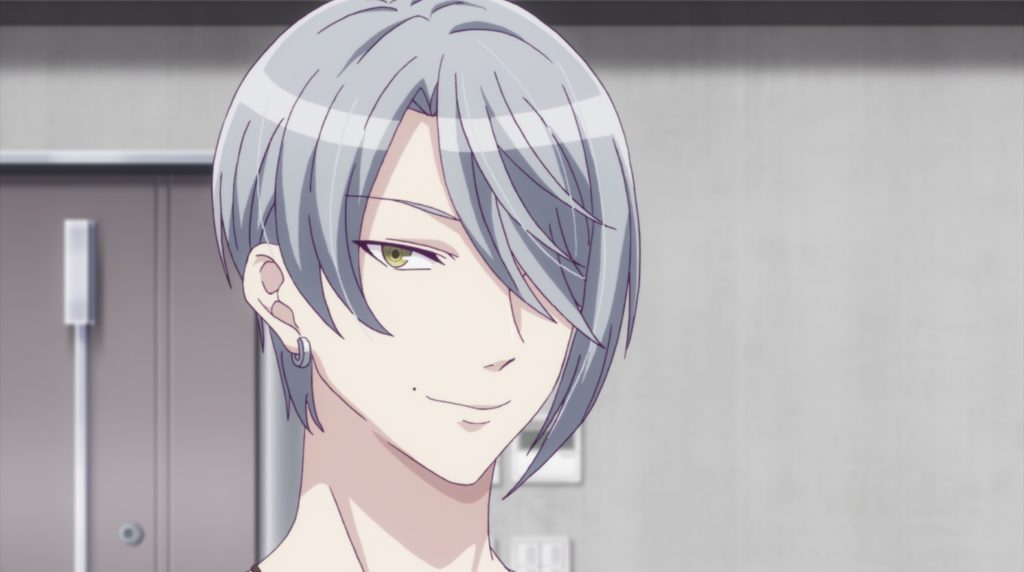 If you want to start your own brand or work in this industry, you need the cash. You’re going to need a lot of money to establish a company, and it’s difficult to make people care about the clothes you create or have the opportunity to promote it at the largest fashion shows without either connections or fame, both of which require a flush bank account. Money talks.

Every episode has made it clear Ikuto doesn’t belong in the industry. He was laughed at during the fashion show preliminaries for struggling to scrape the entry fee together, and he’s from a poor family without a fashion degree. He lucked out through connections through Chiyuki and holding a natural talent for the craft, but many with similar talents wouldn’t stand a chance of getting as far as he has.

Here, multiple existing plot threads are suddenly re-introduced within episode 8 of Smile Down the Runway in the form of offers made to Ikuto to alleviate his situation, cluttering the episode and diluting the focus from Ikuto’s mother’s illness. A business offer from Toh with money to pay for the treatment comes back alongside the introduction of two new characters, while the conflict over Kokoro‘s career also returns with an offer for cash in exchange for encouraging her to quit and focus on modeling. Meanwhile, we see Chiyuki’s efforts in Paris intersected within this frantic search for money. Finally, the solution to Ikuto’s problems come from the return of his clothing design from the series premiere. 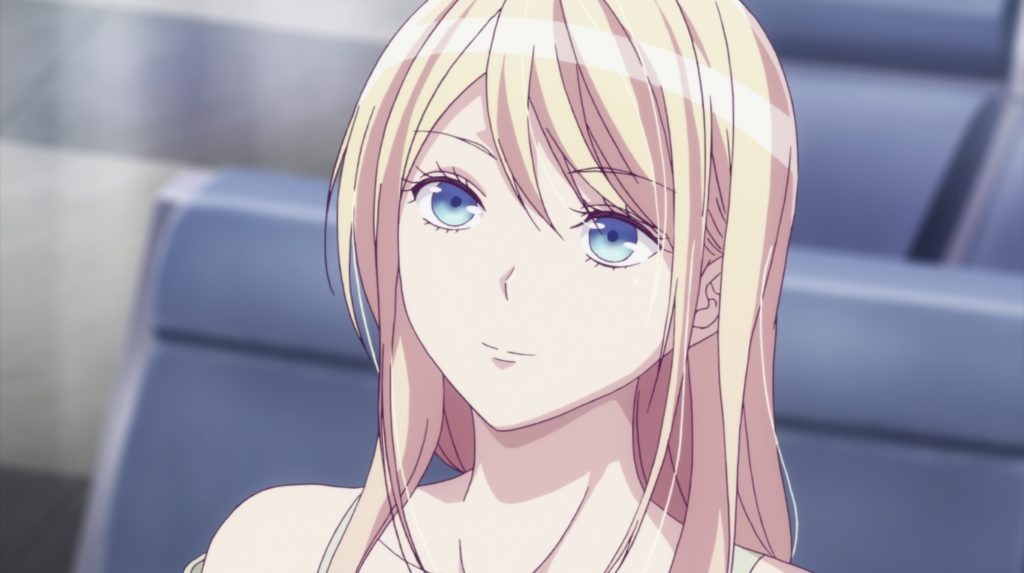 Despite all these threads coming in and new characters being introduced, aside from the failure of Chiyuki’s Paris escapade bringing an end to her plans, none of these story threads come to a conclusion in this week’s episode. Instead, more plot threads are introduced into the mixing pot of unfinished ideas that is this anime. We don’t even get to see Ikuto’s mother recovering from the successful surgery, so we can’t find out more about the note she wrote or her condition.

Considering the numerous plot threads and the fact that the resolution to Ikuto’s problems occurs rather abruptly in the final 30 seconds of the episode, it’s a messy viewing experience. Poor animation showcasing the strain on series production only compounds this.

Smile Down the Runway Episode 8: Falling Apart at the Seams 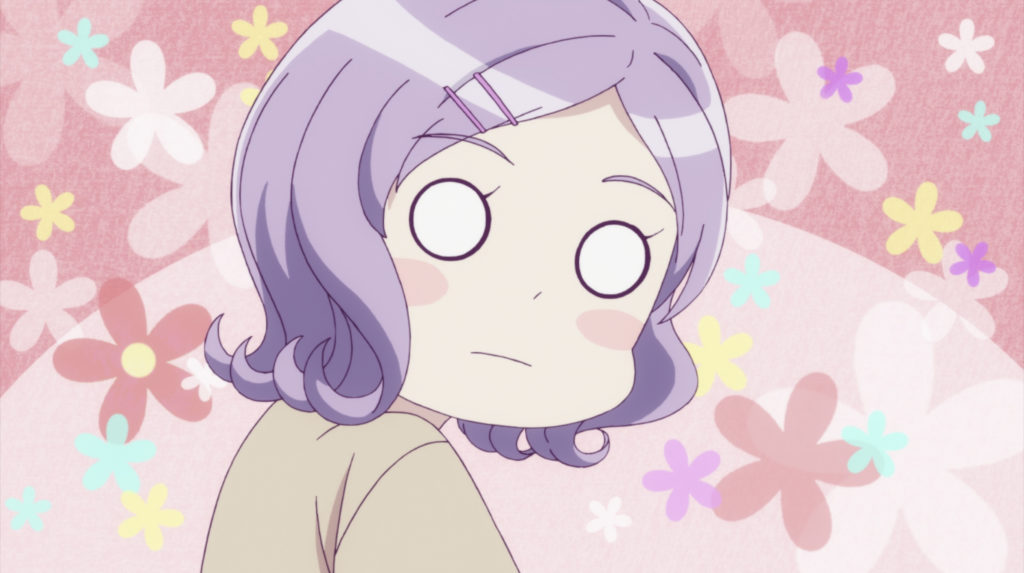 If it was a nuisance last week, Smile Down the Runway’s inability to see any storyline through to its conclusion and lack of cohesion in episode 8 escalate this problem into a full-blown crisis. By trying to focus on doing everything, what could have been an emotional high-point and strong episode for the series has been ruined by a lack of focus and direction.

It’s difficult to know where the series should go to resolve these issues, either. The story needs to bring some of the plot threads it juggles to a conclusion in order to regain focus, yet many are now so confusingly interwoven with each other that the possibility of doing so grows smaller by the week.

I’m worried about the series going forward. And though I’ve had my concerns in the past, this is the first time I’ve felt like the show has dug itself a hole too deep to escape from.