Smile Down the Runway Episode 9 Impressions: A Series Revival at a Crucial Time 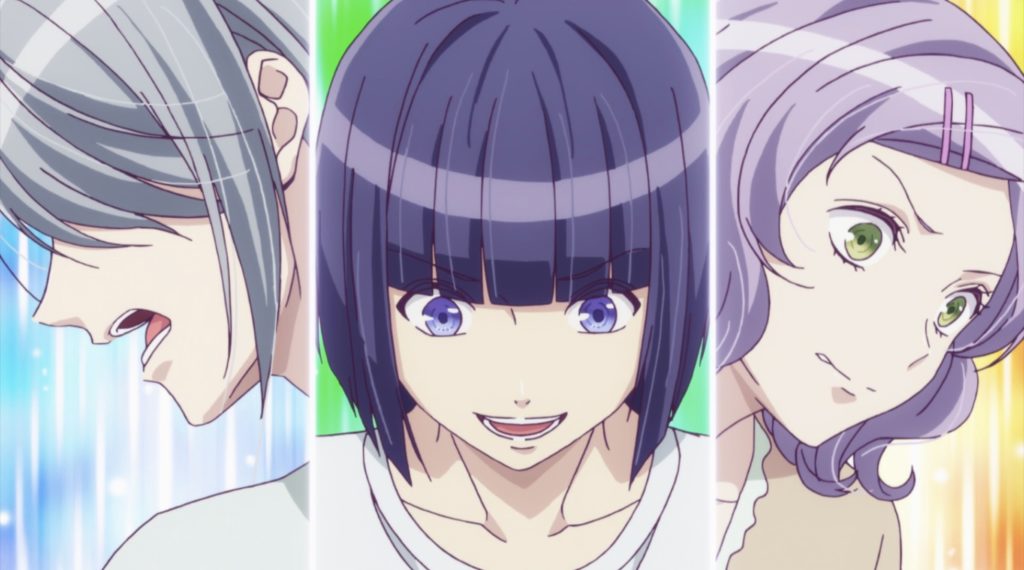 I was worried about whether Smile Down the Runway would be able to recovery from rather poor episodes in recent weeks heading into episode 9. The last few weeks have intended to focus on the Geika Festival but thrown unrelated issues into the mix along with it, shifting our focus constantly between Ikuto’s mother’s illness, Chiyuki’s trip to Paris, Kokoro’s feud with her manager and Toh’s designing without advancing or developing any story element in a major way.

My largest complaint has been the constant introduction of new characters and story elements without resolving older ones, moving forwards while feeling static and unable to develop many of its ideas. It was treading water and suffering for it, but it could almost get away with this while the series was still preparing for the Geika Festival. It can’t do that forever, however, and with the show now bringing the arc towards its conclusion, how the series decided to handle this finale and bring about true change and resolution for the issues found in the lives of our characters would be the thing that would make or break this anime.

This week’s episode is still rough, especially on the animation front, with ideas still left unfinished. However, for the first time, I feel as though the series is considering its current trajectory and devising a path forward that feels impactful and acts upon the overload of ideas it has introduced. If the series has hit rock bottom these past few weeks, this could be the light at the end of the tunnel. 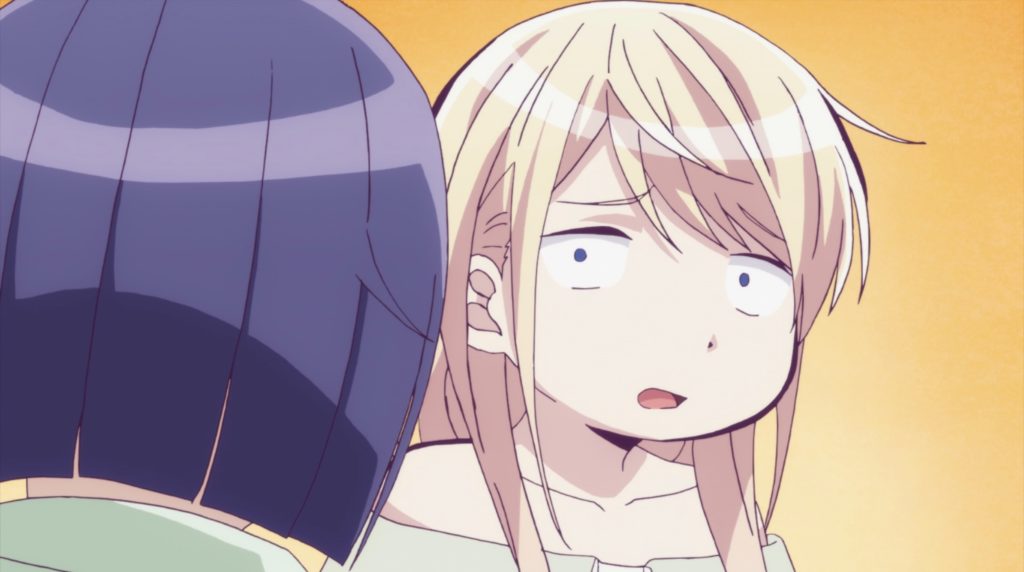 Smile Down the Runway episode 9 finds success by going back to the basics of storytelling and developing its ideas around a basic but effective story structure. First off: motivation.

Back in episode 1, our characters had simple-to-understand motivations to follow their dreams that made their actions simple-to-understand. Chiyuki wanted to prove her doubters wrong by becoming a model despite her small stature. She auditioned at every opportunity for precisely this reason. For Ikuto, he wanted to design clothes to make people happy, hence the outfit which turned heads and Chiyuki’s career around and his desire to become a designer.

Since then, however, that’s felt lost. Actions to abandon the work of the designer Yanagida, despite his strict teaching, made little sense, while Chiyuki was thrown out the picture for quite a few episodes to the point where her decisions on modeling or what she needed to do to find success was unexplained. Newer characters, like Toh, were confused from the start, spouting their dream and their motivation as though it was an insurmountable hurdle despite nothing standing in their way of it becoming a reality. 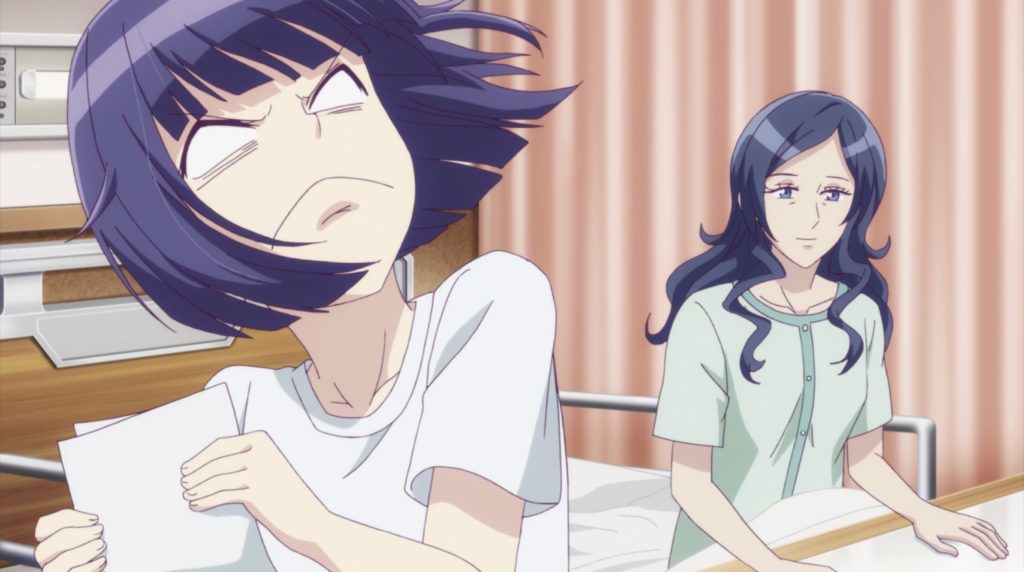 Last week, in particular, saw this issue magnified as the way in which he is inundated with helpful offers from all sides to pay for his mother’s medical bills felt unmotivated for many who offered their aid. The offer of money from Toh in exchange for support made no sense when he had so many more helpers, the decision by Chiyuki’s father to buy his design making no sense when we haven’t even seen the outfit since episode 1.

This week, however, Smile Down the Runway episode 9 made the motivations for Ikuto and all those around them clear: they want to rise against the authority figures which hold them back from their dreams.

For Ikuto, this means making a design that makes his family proud while showing to Toh he has the ability to become a designer. For Chiyuki, it’s showing to Kokoro’s manager that a ‘shorty’ like her can be a model and not a burden (a nice continuation of their feud from last week). For Kokoro, it’s finally following her dream as a designer against the pleading of her manager. Even for Toh, it’s to show his grandmother he can step out of her shadow. 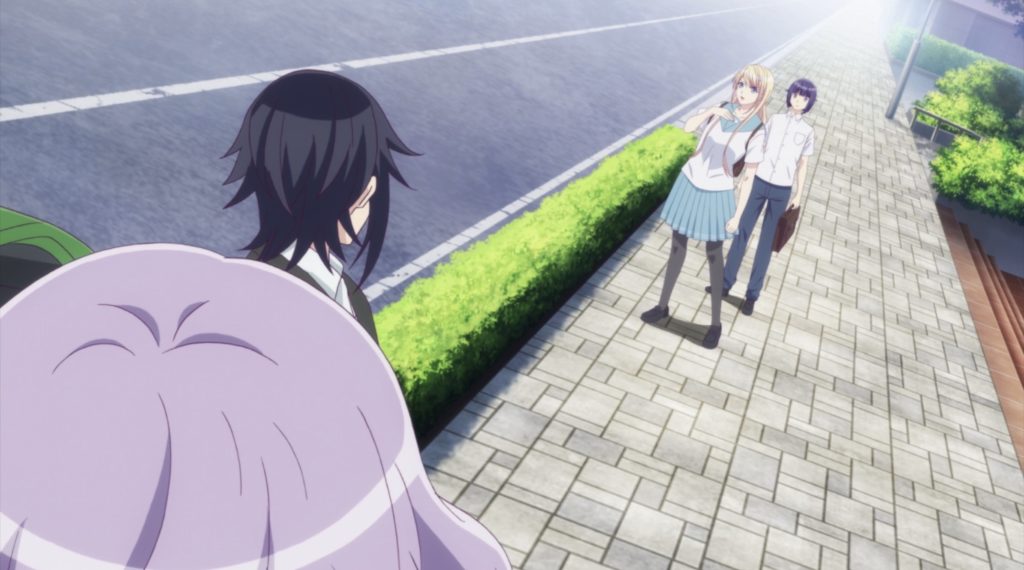 While some of these motivations, particularly Toh’s, were already established, they became lost in other events or were given little focus. This episode entirely centers upon their desires for success, their individuality shining through. It gives the series a renewed focus which has been lacking for some time as it spent more time juggling its many plot points, without giving the characters a reason to act for any reason other than the overhanging plot dictating them to do so.

The other thing episode 9 of Smile Down the Runway achieves is a refocusing of its many ideas.

This is less successful, but at least acts as a positive first step. The series has constantly introduced viewers to new ideas about the industry and its characters ever since its inception, to the point that many in our cast have multiple issues hovering over them. For Ikuto alone, he has to juggle designing with work for Yanagida, his family, his sick mother, his lack of money and more. His core goals became lost in these other issues and took the focus away from what the show wanted to say. 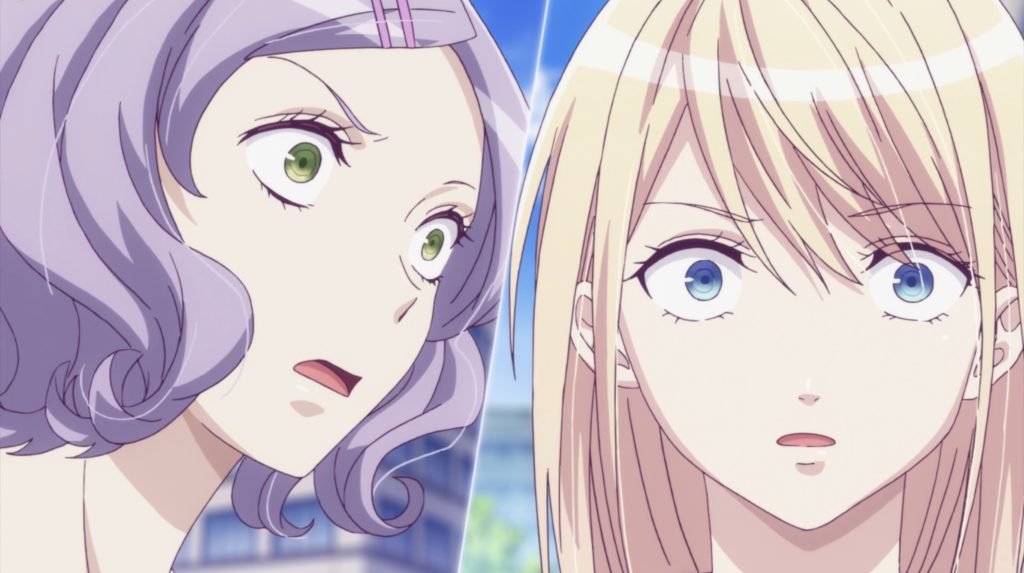 What the show needed to do was to take the ideas of money in the fashion industry, the lack of access to the industry for poorer people and those without prior connections, the elitism, the overwork and more, and do more than simply throw them into the mix without any discussion. Episode 3, for example, introduced the idea that the strict work schedule the industry needed to function was unhealthy, yet never did anything other than note its existence. It introduced the money problem with Ikuto and showed the unfair advantage upper-class people had in the industry he wanted to enter and how money could be used to manipulate odds in your favor. Yet when it became a focus last week, they never tackled the issue head-on.

The focus the series has lacked can be found in this episode, helped by the decision to lock on to a single idea rather than trying to discuss many at once. The contestants need to find a theme and design the necessary clothes for the fashion show, and that’s all that matters. Other topics are only introduced when it serves this core idea, not in addition to it. To once again compare to last week, money was the focus, yet Kokoro’s modeling and more were introduced and diluted the attention away from it. Here, when Kokoro’s modeling is introduced, when Chiyuki offers to help Kokoro and more, it’s all focused around the desire to follow your dreams and to participate in the show above all else. For once, the show knew what it wanted to say and the message it had to share was much more impactful because of it. 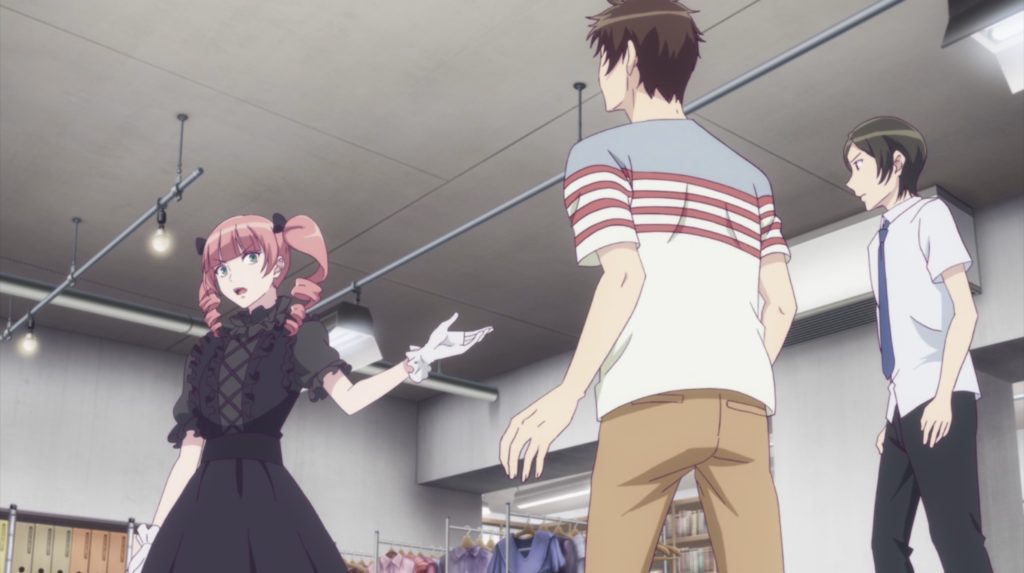 This helps the anime reach a crescendo by the end of the episode when the series has often fallen flat in more recent episodes. Where an ending would feel more like a damp squib than the powerful emotional climax or cliffhanger in weeks prior, seeing everyone prepped for the show to begin is a genuinely exciting moment. Not only that, because this preparation has been driven by the desire to follow their dreams felt by all of our main protagonists, inevitably tying itself into conflicts such as those involving Kokoro and her manager, but the end of the Geika Festival arc may also finally bring some resolution and momentum to the series. For the first time, the series may be able to step beyond the cool concept it introduced at the series’ opening into new pastures which can allow the series and its characters to finally evolve.

Smile Down the Runway Episode 9: A Series Finding Its Feet

Despite all these positive comments, I can’t pretend this episode was perfect. In particular, the production quality, something I’ve noticed enough to find worthy of bringing up in my episodic reviews in recent weeks since episode 6, has taken a nosedive, with animation rough to the point of distraction. Also, for all I can praise this episode’s focus, the episode does meander a little in the first half before it reaches the turning point of Kokoro standing up to her manager. 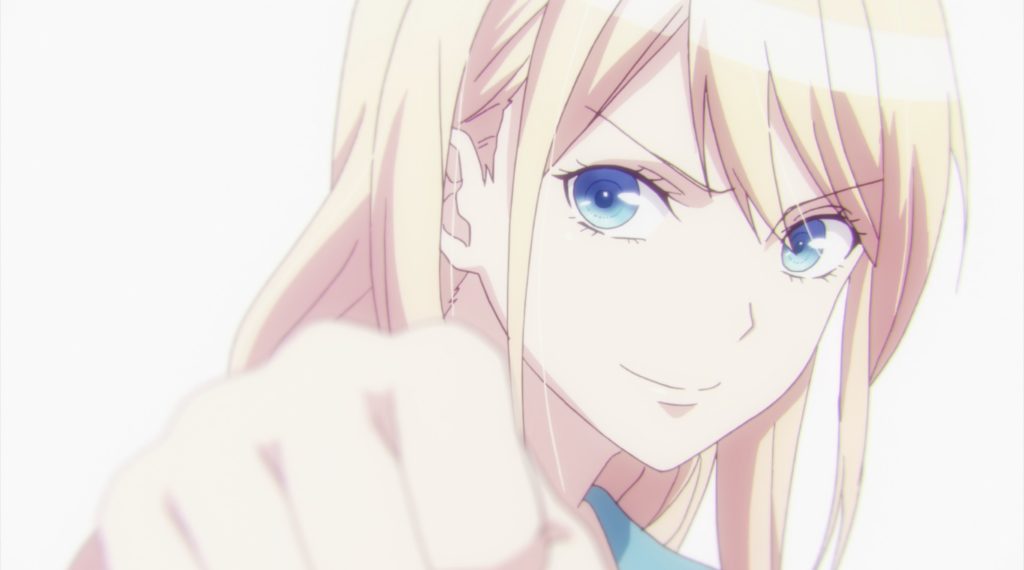 At this point, however, I’m nitpicking. Episode 9 of Smile Down the Runway is the strongest episode in weeks and a welcome rejuvenation of a series that just last week I said may have dug itself into a hole too deep to escape from.

This revival won’t mean anything if episode 10 and the end of the Geika Festival arc fails to deliver. Until then, I’ll hold back my final judgment to see how this all pans out.