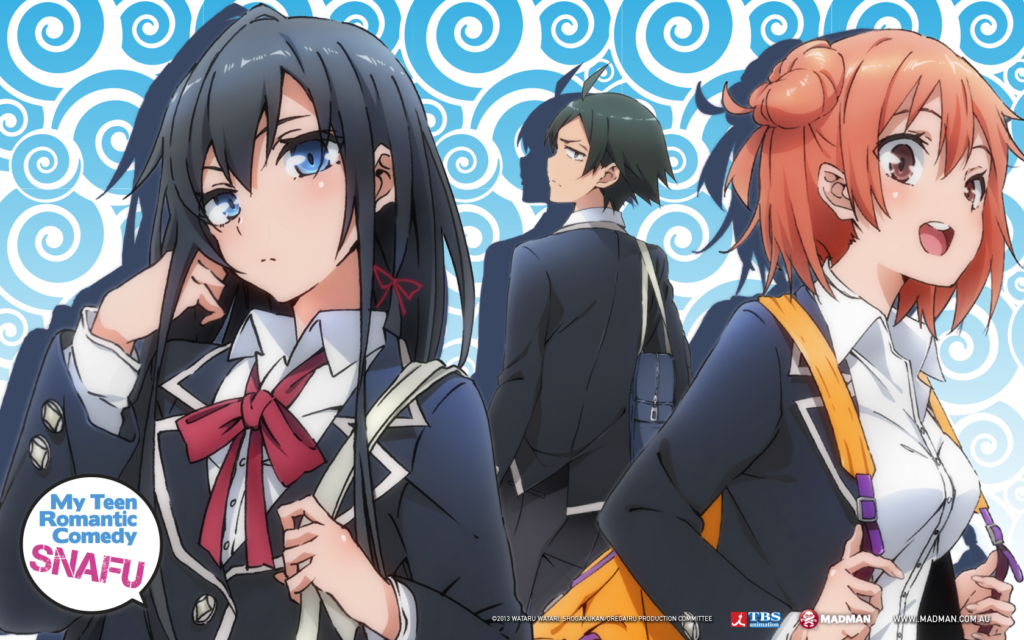 SNAFU fans rejoice! Four whole years later, the third season of My Teen Romantic Comedy SNAFU has finally been announced! It’s probably no coincidence that the 14th and final volume of the original light novel series comes out a few weeks in Japan, after a half-year delay. Details as to whether or not the same animation studio, director, or voice actors will be making the show are not yet available so stay tuned for that. The news comes from April’s edition of Monthly Sunday GX by Shogakukan. 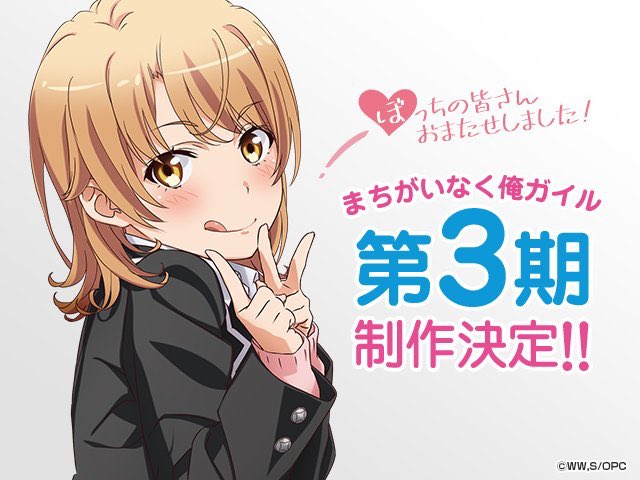 SNAFU’s something of a sleeper hit. One amusingly named Watari Wataru penned the original light novels, which feature illustrations by Ponkan 8, who also served as character designer for Shirobako. The original novels exist in English under the title My Youth Romantic Comedy Is Wrong, As I Expected. They’re available digitally and in print by Yen Press if you want to familiarize yourself with the story ahead of time.

The general gist; a group of high school students come together and form a club dedicated to improving the lives of other students. Of course, the lead character is something of a loser with a very pessimistic view of life. That is until he joins the club. Stop us if you’ve heard this before. Despite some previously trodden territory, the franchise has its fans.

Whether you’re a long time fan, or someone new to the franchise, you have time to watch those first two seasons before the third comes out. No release date or trailer yet, but you can watch the original via Crunchyroll or Sentai Filmworks.