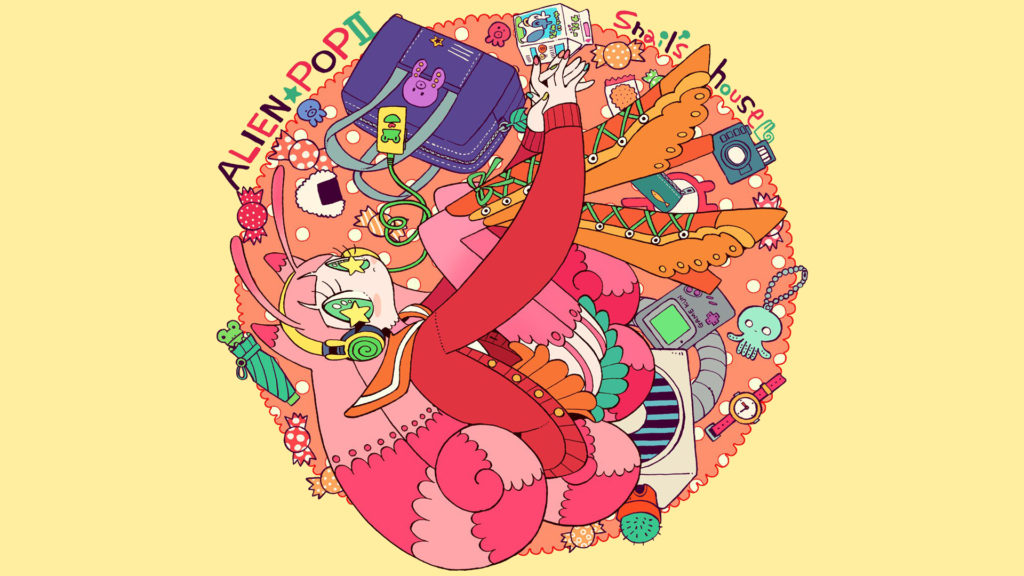 While I’m generally pretty excited about everything Japan’s music scene has to offer in 2019, there are few artists that I’ve got more faith in than Snail’s House. Everything the Tokyo-based producer managed to achieve in 2018 felt like a leap in the right direction, with a slew of massively-successful releases only constituting the start of the year that was. So what better way to start the new year than by announcing a follow-up to one of your biggest releases, with “Alien☆Pop 2” set to release on January 18, 2019.

Accompanying the massive announcement, Snail’s House began streaming one of his grooviest tracks to date, “Cosmo Funk”. It’s an infectious Snail’s House-infused sound that could very well become one of his biggest releases without any complaints here. We’re again seeing the return of illustrator Kanekoshake to handle the album’s gorgeous new cover art, featuring the now-iconic Snail-chan surrounded by a number of Winter-essentials.

I'm posting a song "Cosmo Funk" from the album today!

While Snail’s House shares that the album is set to release digitally from January 18, he did make mention that the album will be released slightly earlier on his Bandcamp, though no specific date has been shared. With that being said, there’s just over ten days until the actual release of the album, so here’s hoping we’ll be able to sink our teeth into “Alien☆Pop 2” within the week.

Currently, details surrounding the album are quite secretive, so it’ll be interesting to see just how many tracks are actually on it. While the original 2017 “Alien☆Pop” contained a total of five tracks, I’d personally love to see even more on the followup album.

With just a few more days until release, we’re sure to see even more information release relatively soon. Until then, be sure to check out Snail’s House’s official Twitter account for all of his latest updates, here.