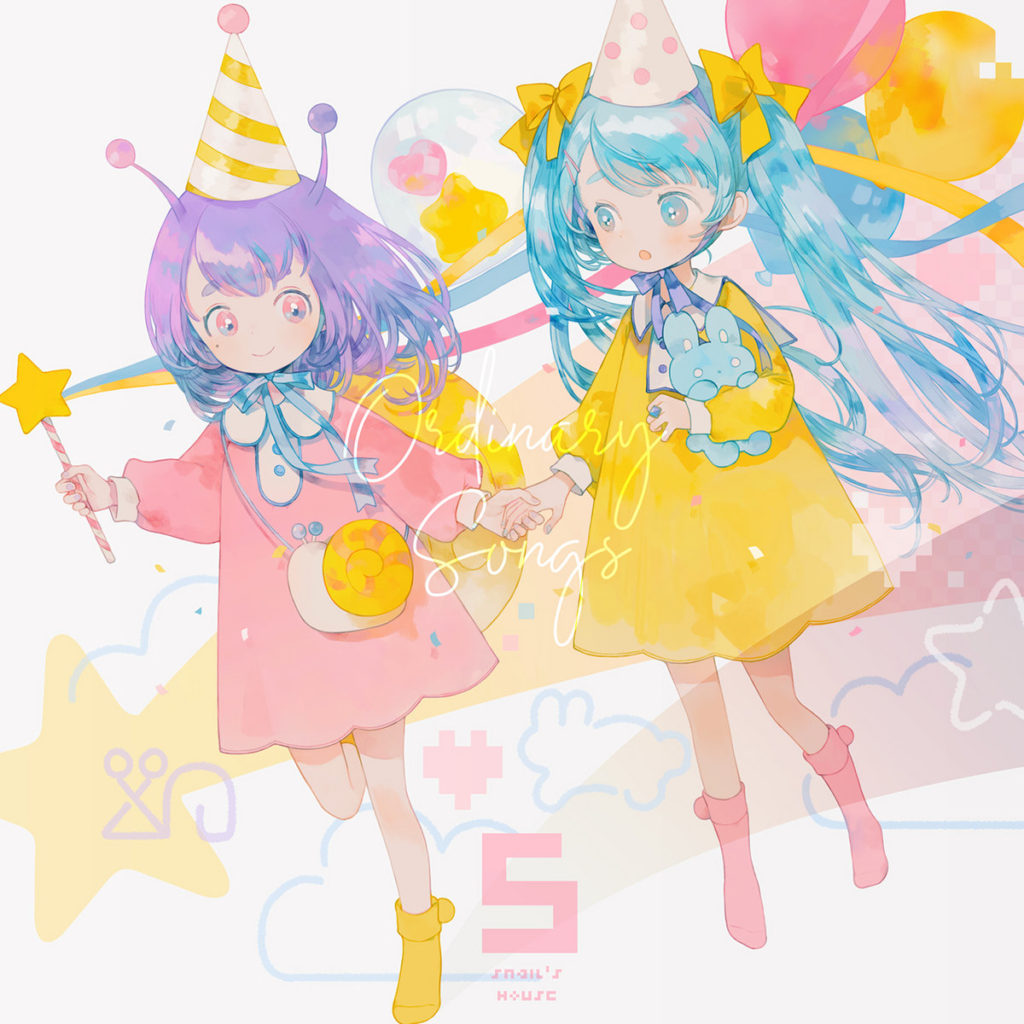 Snail’s House’s Ordinary Songs series works as the big-tent project from the Tokyo electronic creator. Although Keitaro Ujiie uses a variety of monikers and concepts to create a wide range of music, Ordinary Songs tends to string all those disparate ideas together into something resembling the Snail’s House sound. The electro-pop jitters of his Alien Pop albums meets the more wistful piano arrangements of his seasonally inspired releases, with dashes of the harder-edged Ujico tracks popping up as well. Whatever he dabbles in, it also flexes a lot of attention to detail.

Over the weekend, he released Ordinary Songs 5, featuring eight new numbers that blend the Snail’s House song together into one cohesive whole. Get it here, or take a listen below.

A lot of the smaller details spread across here make Ordinary Songs 5 an especially strong entry in this series. “Jack In The Box” fizzes up with synthesizer melodies, but it’s the piano lines zipping by just underneath and little sample touches — like a brief blast of children cheering for half a second — that adds to the jubilant mood. Recordings captured from everyday life have always helped give Ujiie’s works a sense of location (specifically, the quieter outskirts of Tokyo), and here the sounds of birds and other nature appear frequently, further helping ground these creations in a place. Yet flights of fancy also do well here, with plenty of chirpy electronics and jazz-inspired twists giving this the feel of magical realism.

There are even some nice glances forward for the project, such as with “Puppy’s” cheerful take on sonic explosion, or the swooping sounds of “Hoshizora.” Ordinary Songs might serve to offer a concise summary of Snail’s House and the sound the project specializes in, but it also gives a hint of what’s possibly come.