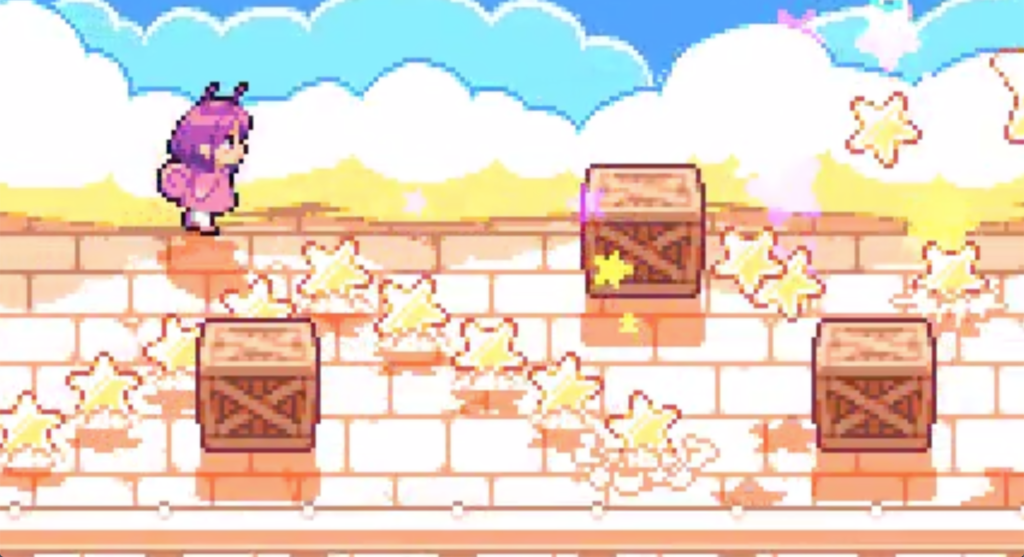 While I might be getting a little ahead of myself, I can’t help but be blown away by the smoothness and detail of this interface. From the vibrant colors to the gorgeous art and simply incredible transitions, if the game can be half as good as the interface then we really might be onto something.

Outside of that, however, there are a few things we can take away from this preview. For one, it appears the game will contain a total of four levels — a relatively short game, but that’s not necessarily a bad thing. It could be assumed that the game will contain a different song for each level, with the game also containing a bonus section that may have even more to listen to.

Initial previews of the game’s first level seem simplistic, but that’s not too surprising that the game is largely tied-in to Snail’s House’ music rather than being the other way around. From everything we’ve seen so far, it’s looking like Snailchan Adventure is being directly tied into the world of Snail’s House’ song of the same name, featuring a music video extremely reminiscent of what we can expect from the actual game.

While there’s no official release date just yet, it has been suggested by the developer that he’s hoping to see it released within the first half of 2019. Until then, however, Snail’s House has been releasing some seriously incredible music (to the surprise of nobody) which is absolutely worth checking out. Those interested in further updates on the game, be sure to visit developer SaKo’s official Twitter, here.