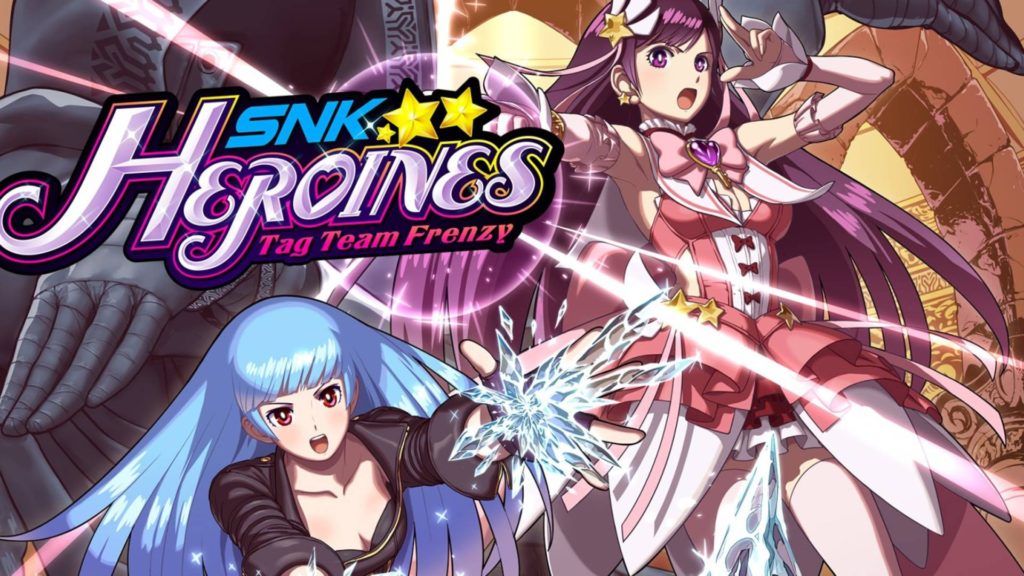 Earlier this week SNK began streaming the second trailer for their upcoming Nintendo Switch and PlayStation 4 exclusive fighting title SNK Heroines: Tag Team Frenzy in Japan. Set to receive a Japanese release on September 6, 2018, and an international release on September 7, 2018, the game has been long-anticipated since its initial announcement back at the start of the year. Focusing entirely on the dynamic female cast of SNK’s long-history of arcade and console fighting titles, the latest trailer for SNK Heroines: Tag Team Frenzy can be streamed below:

The latest trailer gives us all a closer glimpse at the newly revealed character, Love Heart, as well as a more in-depth look at the title’s customizability functions. Adding to this, we’re also given some new footage for both Zarina and Sylvie who were announced earlier this month and a look at two of the game’s modes, “Room Match” and “Quick Match.”

Developed and published by the team at SNK in Japan, and published by NIS America internationally, SNK Heroines: Tag Team Frenzy invites players to bring their favorite two fighters into the battle with both “Attackers” and “Supporters” making the foundation of the game. Filled to the brim with quirks unique to the title’s in-game fighting experience, I’ll definitely be keeping my eyes on this one when it releases on both Nintendo Switch and PlayStation 4 – though the obvious choice for me here is taking this one on the road with the Switch for that sweet portable multiplayer action.

Further information on the upcoming title can be found via the official website.