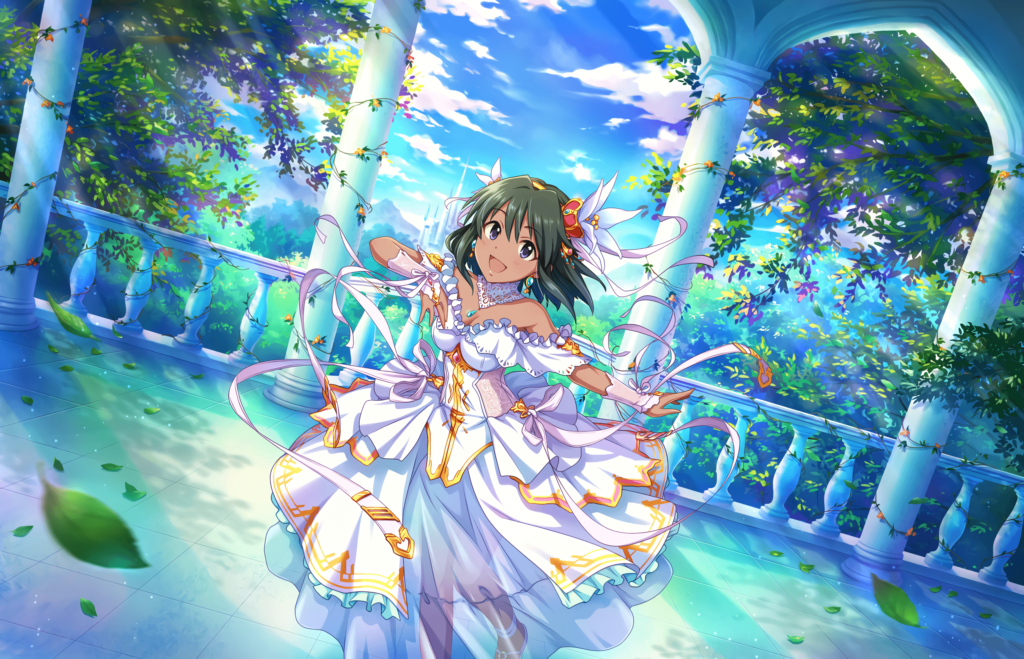 Here are the top 50 idols for this election! Good job to all producers for the 8th election! pic.twitter.com/f79iVTKCge

Here are the top 5 idols for each type + the number of votes they got! pic.twitter.com/Gsiry5lGKl

Natalia ended up placing 9th overall and 3rd out of all the idols in her ‘Passion’ category. This is an incredible improvement on her previous rankings, which usually hover around the 40 mark – in fact, she came in 41st place overall last year. Such an incredible increase in popularity is almost definitely linked to Solid Snake’s support, which ended up becoming a fully fledged international fandom phenomenon.

What’s even better about Natalia’s excellent ranking in the eighth Cinderella Girls General Election is that she will finally be getting a voice – something which Natalia fans have been pining for since forever. We know this as the game’s developers had previously announced that the top three ranking idols in each category would be getting a special trio song, to participate in which Natalia will need a voice.

There may be some who are perhaps disappointed that Natalia didn’t break the top five, or even that she didn’t become the top ranking ‘Cinderella Girl’ this year, but she was up against considerable competition. Mio Honda, who won this year’s election to become the ‘Cinderella Girl,’ has been a fan favorite from day one with a charismatic voice actor to boot. Much the same can be said for the second-ranking Karen Hojo.

But what’s far more interesting about Natalia’s rivals is that she was beaten by another, much newer unvoiced idol – Riamu Yumemi. Riamu was only introduced to the series last year, along with some other new idols to mark the original Cinderella Girls card game’s seventh anniversary.

If you’ve been around social media for the past couple of months, then you’ve probably already seen Riamu around. Her unique design, as well as depressive personality that puts her in stark contrast to her more positive peers, has made her a smash hit in the Cinderella Girls fan community. Her strong placing at number three during this year’s Cinderella Girls General Election despite only just being added to the series is only a testament to this.

Riamu will join Natalia, as well as other high-ranking unvoiced idols Kozue Yusa and Yukimi Sajo in becoming voiced over the next couple of months. But for now, Natalia fans – as well as Solid Snake himself – can pat themselves on their back for a job truly well done.