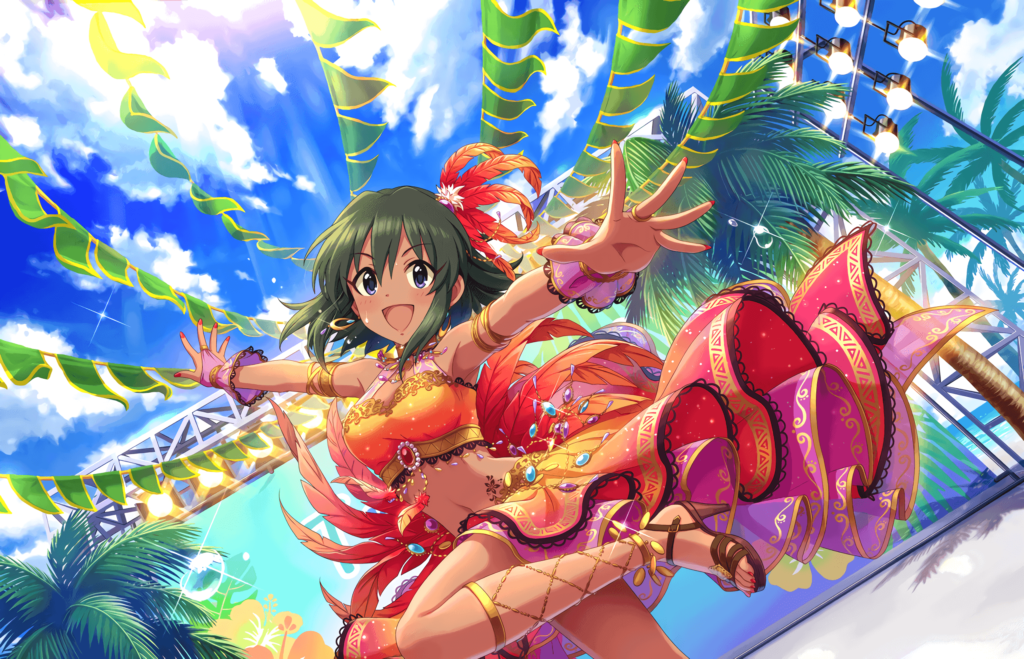 Every year, The [email protected] subseries Cinderella Girls holds an election where fans vote for their favorite idols. The top ranking idol in the election then becomes the ‘Cinderella Girl’ for that year and usually has some kind of special song or outfit put into the series’ two mobile games. As you’d expect, competition between fans during this period is intense, but this year’s election has seen the entrance of an unlikely figure – Solid Snake.

It’s hard to trace the origins of the trend, but Western fans on Twitter began to make various memes depicting Solid Snake from Hideo Kojima’s iconic Metal Gear Solid series with the Brazilian-born idol Natalia for some reason.

THANK YOU NATALIAPS!!!! WE'RE ON OUR WAY TO GETTING TO HEAR OUR LOVELY GIRL ☀️ let's aim for cinderella girl number 8! #第8回シンデレラガール総選挙 #ナターリアを世界でイチバンに pic.twitter.com/qL48WwIMNY

Natalia is currently unvoiced, meaning that she is playable in the series’ rhythm game Starlight Stage but does not speak and does not have a voice actor assigned to her. Nevertheless, she is fairly popular, and fans of her have been gunning for years to get her elected as the Cinderella Girl.

This is because unvoiced idols that rank highly in the election are much more likely to get voiced, as this tells the developers over at Bandai Namco that it will be worth the investment of them finding and employing a voice actor. Other unvoiced idols have succeeded in doing so in the past, such as Mirei Hayasaka and Haru Yuuki.

Bandai Namco doesn’t do much work during the election other than hosting it, and as a result, popular fan creations during the election period can have a large effect on the outcome of the election. Perhaps it was a good investment, then, for a certain Natalia fan to invest $65 in the campaign to get Natalia to #1 by paying David Hayer (voice actor for Solid Snake and Big Boss) to voice his support for the Brazilian idol.

Solid Snake wants you to vote for Natalia for this year's Cinderella's Election! pic.twitter.com/rGLlkue1x4

The involvement of Solid Snake’s actual voice actor brought the meme to new heights, and within hours the words “Natalia” and “Snake” were both top trending on Twitter. Furthermore, the meme seemed to cross over into Japanese Twitter with this video, as Japanese [email protected] fan artists began to create Solid Snake x Natalia memes of their own.

Depending on when you read this article, you’ll see that the last artist in this list has also changed their icon to a picture of Snake. Amazingly, this is not an isolated case – Japanese Natalia fans actually began to change their icons to Metal Gear Solid characters in response to the meme, as well as to show their solidarity with fellow Natalia fans who were doing their best in the west as well.

That’s certainly a brilliant piece of cultural exchange, and I can only hope that the hard work of Natalia fans in the west and east pays off with a strong placing this time around. Voting for the 8th Cinderella Girls election is open until May 14, with the results set to be announced at a later result. We’ll almost certainly be bringing you news on what is shaping up to be the most exciting event in mobage this year as it comes in.