‘Soloist in a Cage’ Hiatus May End Soon, Author Has Eight Chapters Prepared 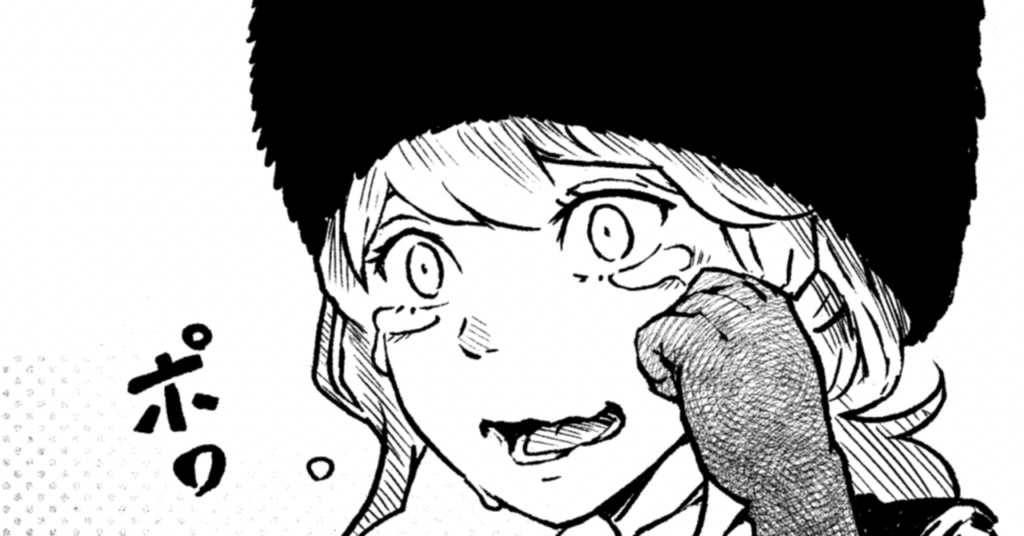 It has been a long time since we last covered Soloist in a Cage. This Jump Plus rising star unfortunately went on hiatus in March of last year due to the author’s health problems, but that hiatus may be coming to an end sometime soon. Author Shiro Moriya recently updated his personal blog, discussing – among other things – the fact that his health has gotten much better and that he has eight more chapters of the series already prepared.

All of the information pertaining to Soloist in a Cage’s hiatus can be found at the very bottom of the post, as the majority of it consists of an essay talking about something Moriya said to his sister. We’ll talk about that a little bit later on, but for now, here is the relevant translation:

I’m currently writing the manga. I’ve inked up to about chapter 18. The amount of medicine I’ve been taking has also decreased lately, so I think it’s good to keep going bit by bit.

The comments I received on my last blog post were also a good source of encouragement. Truly, thank you very much.

While this blog post does not say that Soloist in a Cage will be coming out of hiatus any time soon, it is worth noting that each ‘season’ of the manga has been composed of five chapters. So, if Moriya has completed eight of them (the last chapter published was chapter 10), we can assume that up to nearly two seasons are close to being completed. 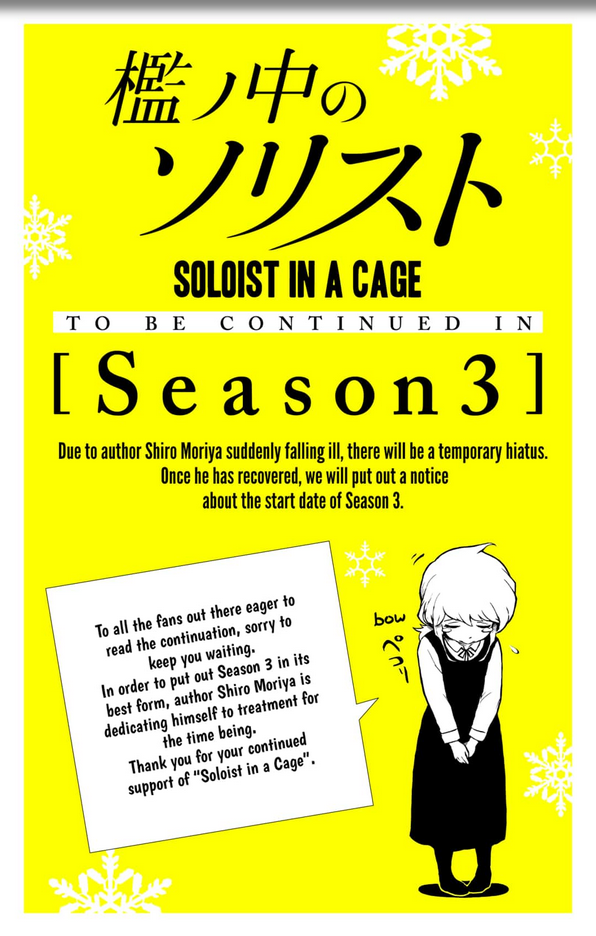 As to why Moriya doesn’t just publish them and come back to serialization, there are undoubtedly health problems that still remain. This is despite the fact that he has always been on a more relaxed schedule compared to many mangaka, which was a source of surprise for us when we first reported on the hiatus.

In any case, we wish Moriya well and hope that he doesn’t feel too much pressure from fans to bring Soloist in a Cage out of hiatus before he is ready. His blog post, in turn, shows that his mind is very much still in good shape, as he critically reflects on his own comments made to his sister about raising children. You can read the full post via his Note account.