Jump+ Rising Star ‘Soloist in a Cage’ Goes on Hiatus 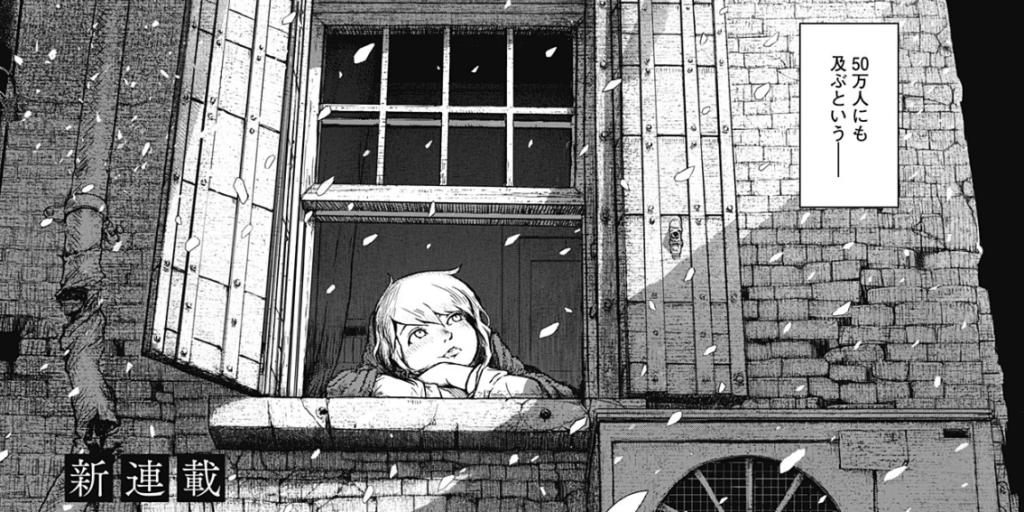 With the stress of serialization so clearly demonstrated by the chaotic development of such series as World Trigger and Hunter x Hunter, I always thought that alternative scheduling to the traditional weekly pattern would be better for manga creators. Yet the recent announcement that Jump+ series Soloist in a Cage would be going on hiatus because of the authors’ health problems has got me thinking that perhaps there’s no escape, after all.

Serialized in Shueisha’s online magazine Weekly Shonen Jump+, Moriya Shiro’s ongoing series takes place in a city that acts as one giant prison for the world’s toughest criminals. It follows a young girl named Chloe as she attempts to escape the prison and her sheltered life, as she is forced to live her entire life in a single room for her own safety.

It’s a premise that reminds me a lot of The Promised Neverland, another Jump series that recently premiered it’s anime adaptation to rave reviews. Indeed, the ‘escape’ premise isn’t the only thing that connects the two series – there are also conspicuous science-fiction elements and the ever lingering feeling that there might be more to this world than meets the eye.

Perhaps because of this, Soloist has received a fair bit of buzz. While it’s not anything close to the buzz that The Promised Neverland got – perhaps also because it is releasing exclusively online – it has inspired a solid following ever since it began serialization last year.

So many fans were surprised to hear the sudden news that Soloist would be going on hiatus for a while because of the author’s health. Jump+ relayed the news to various news outlets, expressing their gratitude to fans for their support so far and promising that the series would resume when Moriya is ready to give it his all once more.

What health problems Moriya is struggling with was not detailed, but if the problems have been induced or somehow worsened by the serialization process, this isn’t good news for the budding mangaka out there.

This is because Soloist has been following a rather strange release pattern ever since it began it’s serialization, in that Moriya puts out five chapters every two weeks and then takes a break, calling the collection of chapters ‘seasons.’ As of the time of writing, there are two ‘seasons’ currently available via the Jump+ website.

I had initially thought that this release schedule would be able to circumvent the myriad of problems posed by a hectic weekly release schedule, but also the drawn-out pace of a monthly release schedule. Wouldn’t this be the best of both worlds, allowing the author time to properly rest and give his work his all, while releasing enough content to maintain reader interest?

But now Moriya’s illness brings that into dispute. Perhaps there really is no getting around the stress of becoming a mangaka, no matter the release schedule. Regardless, we at OTAQUEST wish Moriya a speedy recovery and look forward to reading more of his fantastic manga once he is ready to come back.