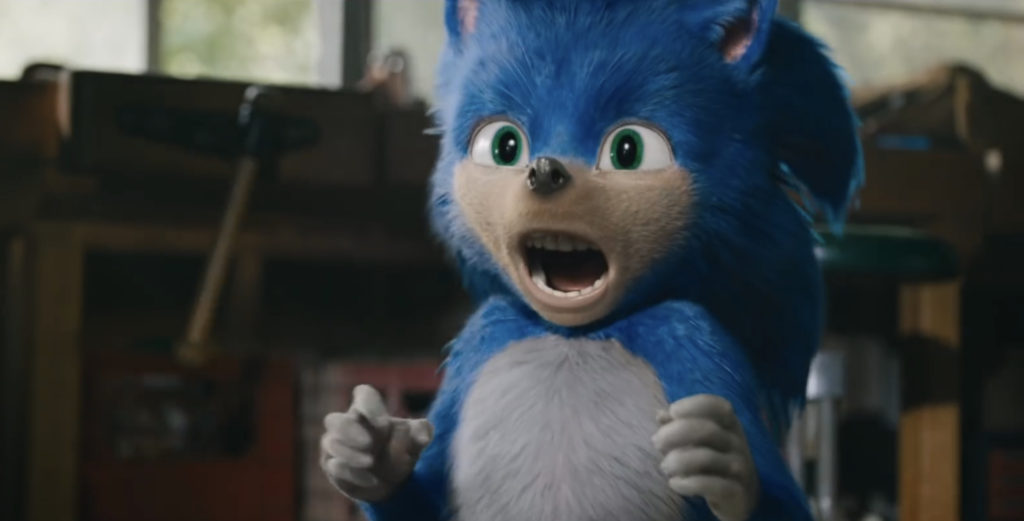 There are times in life where it seems nothing could go wrong. The sun is shining. The birds are singing. You’re having the time of your life, and you heard some good news that brightened your day. Everything seems perfect. Sometimes, however, no matter how good things had been up to that point, it can all come crashing down remarkably quickly, the joy you once had being turned into a horror-show. I’d describe today a bit like this (albeit without the sun, it’s been raining for most of today). Up until not, things had been pretty good. Things couldn’t have been better, in fact… and then the Sonic The Hedgehog movie trailer dropped… and it was everything I and many of us here at OTAQUEST had feared.

There’s a moment about halfway through this trailer (set to Coolio’s “Gangsta’s Paradise”, may I add), where a policeman known as Tom Wachowski runs into Sonic in an abandoned building and screams in terror. That’s how I felt after seeing Sonic’s new redesign for this movie in motion. While we did mostly know how they were going to look thanks to a leaked render of the character a few months ago and the official release of a teaser poster giving us a good idea on how his design was supposed to appear, my hopes that the design could look better in motion were sadly not met. There’s an uneven shape and unnatural movement to the character, one who never feels like they move in the way their appearance would suggest they would. Their mouth moves too much, their legs are too long, and it ends up looking jarring against the realistic sets of this film despite the clear purpose of this redesign being so that it would appear more naturally in the real world. In the end, it feels like they did the opposite with this design, and keeping the character true to the proportions and styles that we have become accustomed to would have worked better for this film.

That’s not to suggest the trailer is all bad. Although Sonic himself looks way worse than I had feared, I am a bit of a fan of how they have handled Dr. Robotnik, played by Jim Carrey, in this live-action adaptation. He is quite a bit different to what we are used to as well, yet making him more human was a necessity for the transition to the real world to succeed, and the moustache and mannerisms of Robotnik in the brief clips we see of him seem to at least respect the character a bit more than Sonic. There are elements of the set piece action sequences for the film that look like they could genuinely be a lot of fun as well, including one in particular taking place on top of a skyscraper. Here’s the thing, though, as soon as I give the film a compliment like this, I almost instantaneously have to counter it by noting something else about the trailer that ends up being rather off-putting, such as the insinuation that this iteration of Sonic is actually an alien from another planet.

There are some positives to take from this first Sonic movie trailer, but the overall impression I got from it is overwhelmingly negative. Sonic looks unnatural, and even if some elements may leave me optimistic the movie may not be all that bad, I don’t have the confidence in those feelings to say the movie will actually be any good, at least not without a lot more convincing. With the movie set for release in November, Paramount do have time to drop more trailers and release new information that could change my mind on this front, but it won’t be easy, I fear.