The Dual Tragedies Of The Sonic The Hedgehog OVA 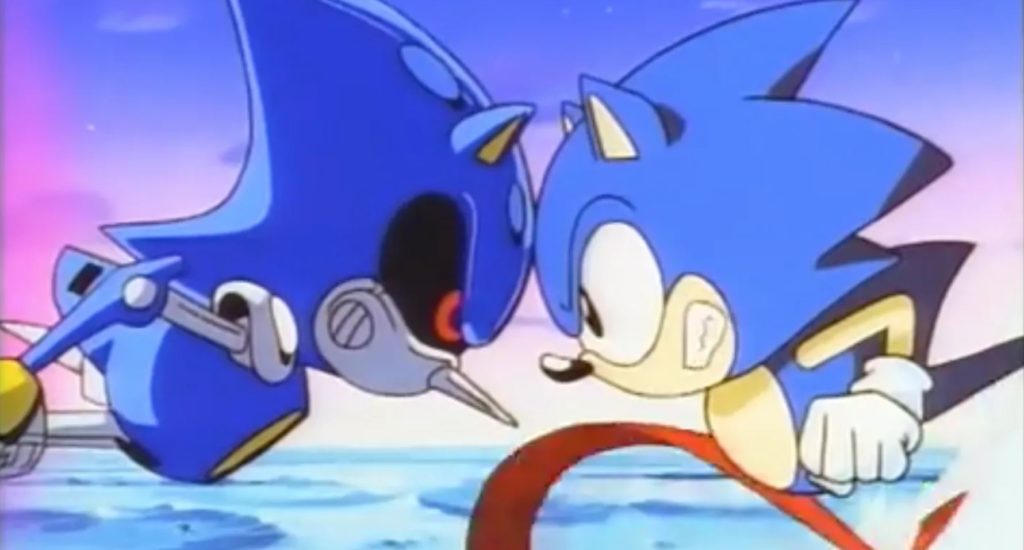 There are fewer characters who have had a more chaotic history than Sonic The Hedgehog. Like a roller coaster, and there actually was a Sonic themed one in England from 2010 through 2015, as a franchise Sonic The Hedgehog has had some of the highest highs, lowest lows, and you’ve never been known what to expect in between. In his early genesis days, the world’s fastest chili dog addict stood toe to toe with Nintendo’s Italian plumber, and a generation of people are still quite fond of his short but sweet Dreamcast era. It’s not just a question of classic versus modern Sonic as during his first particularly incredible decade of games, there was a lot of supplementary Sonic material that varied in quality. Diehard fans still fondly remember the Archie comics series but virtually nobody wants to think about Sonic Underground, which was an even worse American cartoon than the more recent Sonic Boom iteration of the franchise. Despite his misteps, from Sonic 06 to Forces, fans want to see the blue blur succeed and were recently rewarded, after a much-needed touch-up, in the Hollywood Sonic movie being ‘not that bad’! However before that Sonic The Hedgehog Film, we had the Sonic The Hedgehog OVA , also known as Sonic The Hedgehog The Movie,  one of the Hedgehog’s finest moments which has tragically fallen under the wayside. 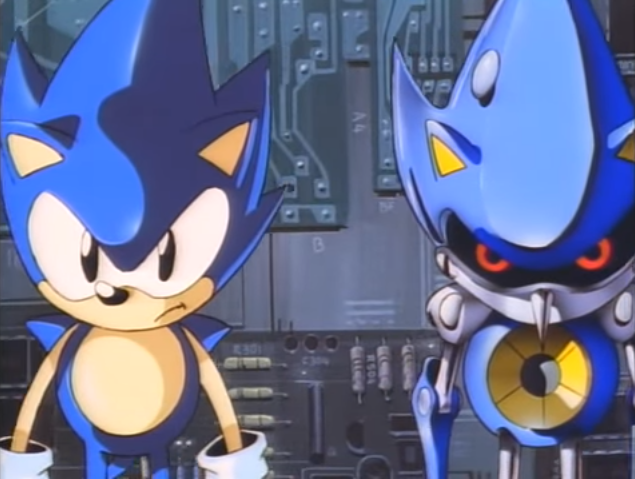 The Sonic The Hedgehog OVA is something of a cult classic among older fans but there’s an entirely new generation of both anime fans and Sonic fans who haven’t seen this delightful 24-year-old anime who should remedy that post-haste. With the extreme worldwide success of the Genesis games, making an animated tie in to Sonic The Hedgehog wasn’t a crazy idea. After all by 1996 when the two-episode OVA came out, The United States had already produced two entirely separate Sonic The Hedgehog cartoons and for the record one of them (SatAM) is pretty watchable! These OVAs were animated at Studio Pierrot, home to both Naruto and Bleach, and came out over the span of a couple of months in early 1996. Funnily enough, Sonic was voiced by Masami Kikuchi who was known for voicing the titular Tenchi from Tenchi Muyo whom we imagine was a big get at the time. Equally appropriate, Tails shared a voice actor with Magic Knight Rayearth’s lead Hikaru in Hekiru Shiina, another popular character from mid-90s anime. On paper, you might not think that a two-episode video game tie in anime from before you were born would be worth revisiting but there’s a reason it’s become a beloved piece of the Sega puzzle for hardcore fans.

Like the beloved Street Fighter II film before it, Sonic The Hedgehog perfectly encapsulates everything that was ever cool about both the Genesis games and 90s anime on the whole. No Chun-Li shower scene equivalent as its a kid-friendly affair, but you have everything you could ever want out of a cartoon in the Sonic The Hedgehog OVA. You have Sonic chilling on the beach with his boom-box, Dr. Robotnik (yknow, Eggman) invading the president’s house and playing fighting games with his daughter, and Knuckles wearing a cowboy hat! That’s just the set dressing too, though it’s these little colorful details that give the OVA part of its charm. The first episode centers around Sonic and co fighting of a genuinely intimidating ‘Mecha-Robotnik’, who totally isn’t controlled by the good Doctor, and the second features an artic battle with ‘Hyper Metal Sonic’ who’s threatening to melt the world’s ice caps that keep it all together. You have a handful of original characters here too, but unlike in Sonic X they don’t get in the way of Hedgehog themed content you want to see. 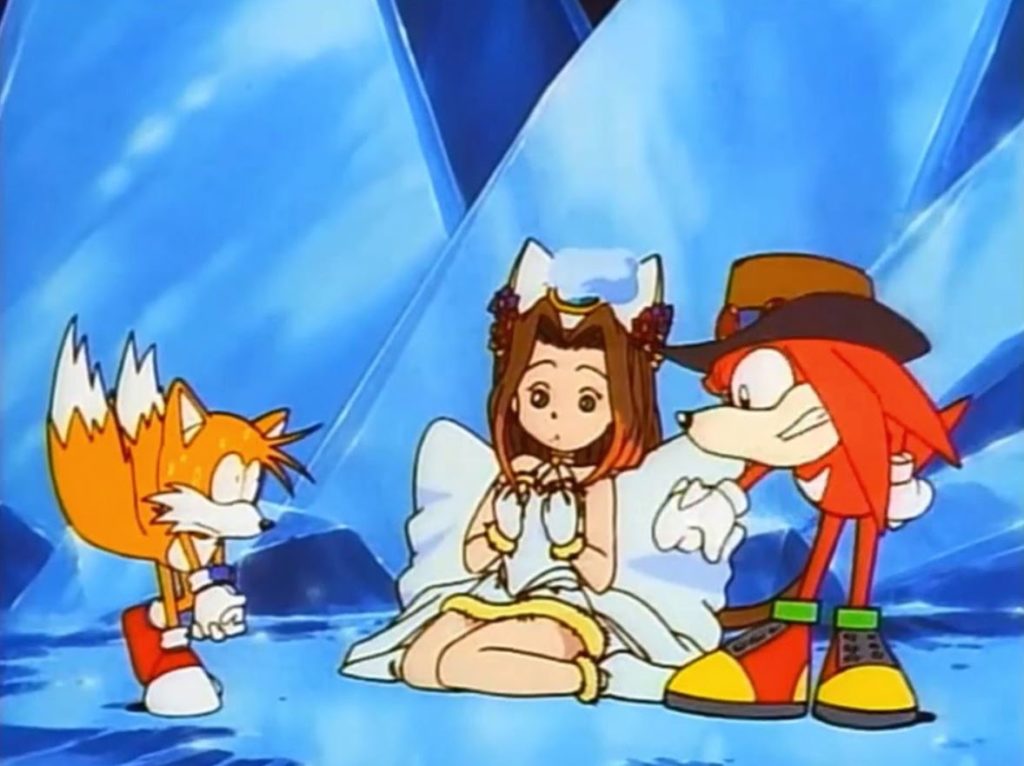 It’s not just what the Sonic The Hedgehog OVA depicts, it’s how it depicts. Faithfully based off their classic designs, no signs of creepy human teeth or comically oversized muscles on Sonic or Knuckles respectively. Close in feeling to the kinetic animated opening of Sonic CD, the OVA looks like Sonic The Hedgehog should. Sonic zips through grassy hill zones, doomed metropolises, and frozen over tundras that all evoke Genesis flare. The enemy designs all feel very classic Sonic too, and the fight at the end with Metal actually keeps you on your toes until the very end where (spoilers) one of the two gets boiled alive in Lava that’s beginning to peak through the Ice. And you thought Shadow The Hedgehog was edgy? The characters are all dazzling with personality too with a bunch of delightfully stupid cartoon banter to be had, like when Tails gets mad an owl for wearing ‘Sonic’s favorite clothes’. We’re not getting some kind of Revolutionary Girl Utena level of introspection in these 60 minutes, but their charm is palpable.

Perhaps the most endearing quality to this OVA isn’t sharp visual style nor the enjoyably campy characters, but the music. In keeping with one of the franchise’s best traditions, Sonic The Hedgehog Ova has a soundtrack that can go toe to toe with your Sonic R, Sonic Adventure 2, and Sonic The Hedgehog 3 soundtracks. Truly in a series known for always having expressive and addictive music, even when the games are sub-pair, the OVA tunes might stand on top. Composed by Mitsuhiro Tada, the OVA doesn’t use music from the games themselves but the selection of songs feels absolutely like an evolution of the original genesis tunes. Not restricted to the Sega Genesis soundcard though, Mitsuhiro had freedom in creating a more expansive Sonic The Hedgehog sound. You have all sorts of colorful synths and ear-worm melodies swirling all over the places complete with rave-style stabs and heaps of atmospheric padding to sweeten the aural sensations. Make sure you stay for the credits because the ending theme ‘Look Alike’ contains incredible lyrics like ‘Ice and Water, Steak and Cow, Autumn of This Year and Last Year’.

The hour-long ‘film’ is as much of a joy to hear as it is to watch, a perfect slice of a bygone Hedgehog era before he was defined but his run of disappointing games and weird OC based fan art. So what’s the tragedy? Despite being an excellent time capsule of one of the most widely beloved characters of all time, the Sonic The Hedgehog OVA has basically disappeared from the market. Of course in this digital era, it’s easy to watch anything if you’re willing to utilize certain means. However, Sonic The Hedgehog OVA, which was released on VHS and then DVD by the long-defunct ADV Films, isn’t legally streaming anywhere in the West or in Japan. No remastered Blu-Ray release fo this classic anywhere despite the fact that it really does deserve that love. There’s no way to watch this anymore that supports any of the people that worked on it, and if you want to own it the best you’ll be able to do is track down a 20-year-old scratched up DVD on an auction site that probably skips all over the place.

That’s the first tragedy but the second is even more unfortunate. Even before the Sonic The Hedgehog OVA was long out of print, one thing fans have never been able to get their hands on physically or digitally is the original soundtrack. The tunes are all killer and you could listen to them on repeat for hours, but the only way to hear them is literally when watching the OVA. The reason for this is simple; Unfortunately, these OVA’s weren’t all that profitable in Japan so at the time its producers and Sega decided not to put out a CD at the time. You’d suspect in our digital streaming era, Sega could eventually just put them up on iTunes or Spotify but possibly either due to legal reasons or just not having the files anymore, that’s never happened. The soundtrack was such a point of pain for fans that about six years ago an artist by the name of Mr. Kingalicious up and recreated the entire soundtrack to the best of his ability. An ambitious labor of love, clearly it’s not something he could have profited of, but all the same, he put out a 21 song recreation that does some Justice. While I still wish we had the original soundtrack recordings, we commend the fan community for doing their part.

Interestingly enough, the OST wasn’t the only thing remade. Just this year actually a group of over 200 different artists reanimated the Sonic The Hedgehog OVA piece by piece. If that isn’t a testament to the love that people have for Sonic’s finest animated moment that should compel you to both watch the original and this new out there recreation, I don’t what could be. Sure Sonic The Hedgehog isn’t the name he used to be, and more often than not he’s used as the butt of a joke or subjected to taking part in some very compromising fan-art. However once upon a time, he stood tall and proud and it was enough for Sega to earn him a dedicated life-long fandom. This OVA is the perfect condensed classic Sonic The Hedgehog experience that will either remind or teach you why he was once the coolest thing alive.

Now only if we had that damn soundtrack.