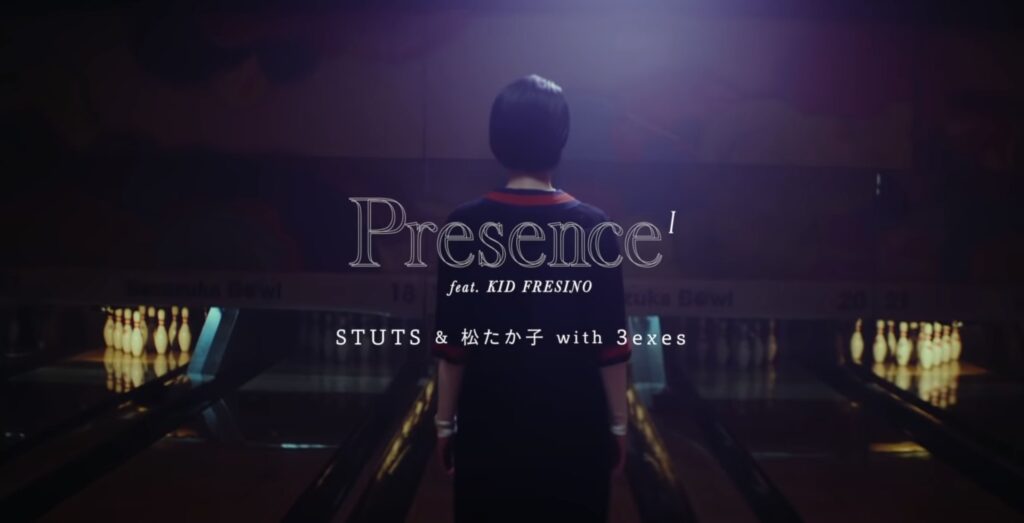 With the new TV drama Omameda Towako to Sannin no Motootto (Omameda Towako and Her Three Ex-Husbands) beginning in Japan this week, the series’ theme song ‘Presence I’ has received a sublimely atmospheric music video to accompany it.

Lead actress in the show Matsu Takako not only features in the video, but proves yet again that her singing chops and acting chops are equal, and both are forces to be reckoned with.

The effortless sound of her vocals are at odds with KID FRESINO‘s relentless rhymes, and the track is another notch in the belt for producer and beatmaker STUTS, a tour de force in turning our musical expectations on their heads. He’s wowed us with his work alongside hip-hop artist iri and Nico Nico Douga prodigy DAOKO in the past, and his momentum isn’t slowing.

Omameda Towako and Her Three Ex-Husbands tells the story of the titular Towako stepping into the role as president of a construction company. While living with her 15-year-old daughter and staying optimistic despite being divorced three times, those pesky exes come back to cause plenty of trouble in her daily life. The series will be airing on Fuji TV.

If you’d like to add ‘Presence I’ to your Spotify playlist, it’s available to stream worldwide.

STUTS, BIM and RIP SLYME’s RYO-Z Team up for a Summer Chill-Out on “Magic Hour”