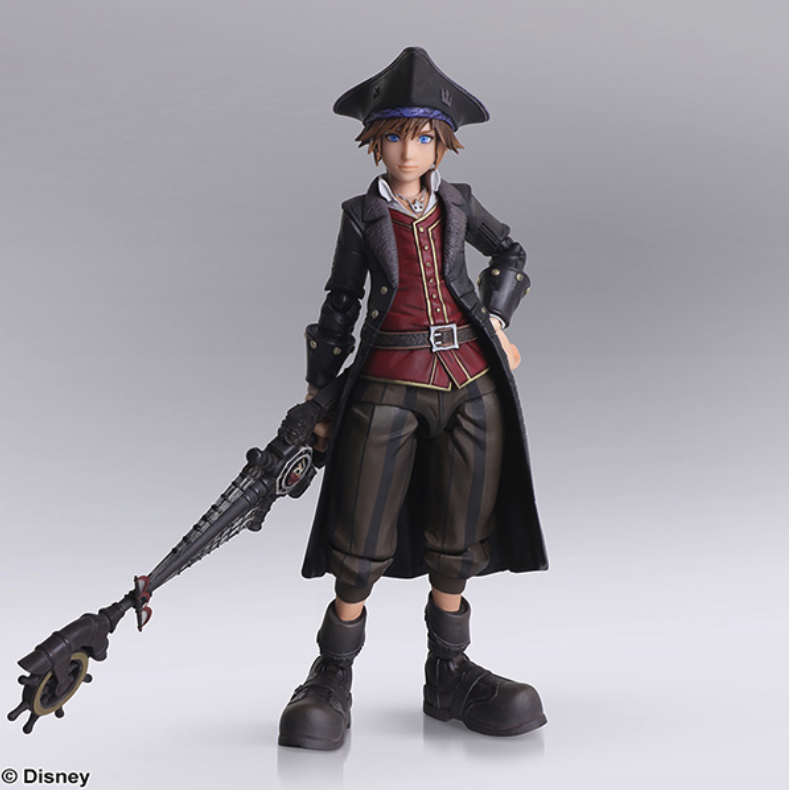 Kingdom Hearts is well and truly back in the mainstream following the release of Kingdom Hearts III. It never really lost its relevancy and still maintained a dedicated fan base throughout this time, yet it would be difficult to argue that the level of discussion surrounding the series has never been higher than it is right now.

Not only that, a brand new group of people are being introduced to the highly-regarded Final Fantasy IX for the very first time (myself included) thanks to the game’s recent re-release on the Nintendo Switch and Xbox One, having already been re-released on PlayStation 4 and PC. With all the focus being on these games at the moment, the news that Square Enix have 4 new figures in the Bring Arts series that recreate Sora, Kairi and Axel from Kingdom Hearts III, and Zidane and Garnet from Final Fantasy IX should come as no surprise.

Since we already have a figure available that adapts the default visual style for Sora (with more on the way adapting his Toy Box look), this new figure for Sora will recreate his design from the Pirates of the Caribbean world from the game. This was one of the most visually impressive and fun worlds for me in the game so it is welcome news to see that he will soon exist in physical form. Three facial expressions and a wide array of extra parts are included with this fully-posable figure. Sora will be made available on August 23 for 6,800 yen.

Joining him is Kairi with her default outfit from Kingdom Hearts III. Ever since before the game was announced I’ve been in love with Kairi’s design and think her outfit and design are incredibly cute, so I am more than happy to see this figure finally become a reality. As with Sora, multiple facial expressions and parts are included. Kairi will go on sale on July 26 for 6,800 yen.

Axel (or Lea) went through a lot of character development in the lead up to Kingdom Hearts III that leads to him fighting alongside Sora in this new game, including learning the ability to wield his own keyblade. This keyblade, alongside his signature weapons and, of course, sea salt ice cream (sadly not real) are all included alongside multiple extra parts and facial expressions. Axel will be sold from September 6 for 8,800 yen.

As I mentioned before, it’s not just Kingdom Hearts III getting new figures, with Final Fantasy IX also receiving figures of Zidane and Garnet. These will only be sold in a two-pack and won’t be available separately, but this should allow you to recreate a huge array of iconic scenes from the game’s memorable story. Each character’s weapons are included with this set, as well as many facial expressions and extra parts. With the two figures being included in the single set it does bump the price up significantly, however. Zidane and Garnet will be sold together on September 6 for 17,600 yen.

While the Final Fantasy IX figures may be expensive, of all of these figures I would say it is that set and Kairi which have me the most tempted to part with my cash. The extra expense is justified I feel. Either way, it is nice to see an older title such as this receive new figures all this time later, and considering the popularity and recent thrust into the mainstream both of these titles have had more recently, I’m sure any of these figures will be highly sought after by fans. Each of these figures will be made available to purchase on the Square Enix e-Store in Japan and presumably will also be sold internationally as well on the respective local Square Enix online stores.