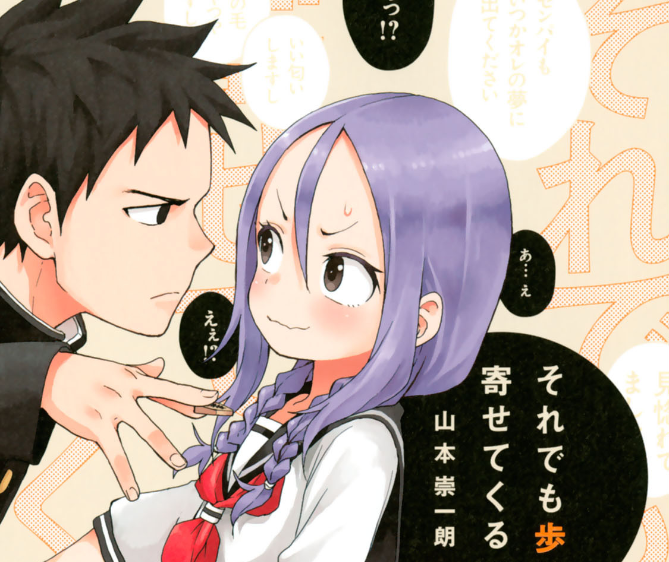 Souichiro Yamamoto is a spring from which only the cutest love comedies can come forth. If watching or reading his series Teasing Master Takagi-san (Karakai Jouzu no Takagi-san) wasn’t enough to convince of that fact, then perhaps seeing Yamamoto repeat the same miracle with Soredemo Ayumu wa Yosetekuru (Even So, Ayumu Draws Closer) will.

It’s true that, with Soredemo Ayumu wa Yosetekuru, Souichiro Yamamoto repeats a lot of what made Takagi-san so great. While this certainly won’t convince the non-believers, those who subscribe to his unique formula for love comedies that takes ‘will they or won’t they’ to a torturous extreme will be thrilled – especially as they discover the little ways in which Yamamoto has tweaked his formula for the new serialization. Let’s get into it. 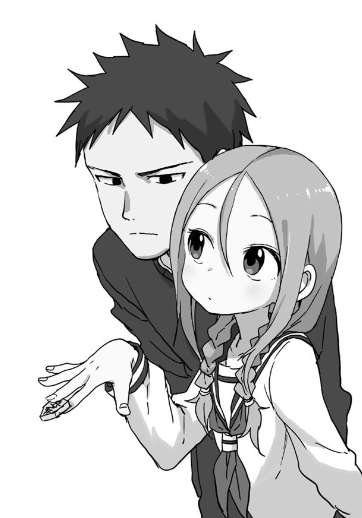 Soredemo Ayumu wa Yosetekuru is the story of the two sole members of a high school shogi club, the titular Tanaka Ayumu and the club’s president, Yaotome Urushi. The thing is, Ayumu is hopelessly in love with Urushi – but he’s vowed to himself that he can’t confess his feelings until he beats her in a shogi match. That might not happen any time soon, though, as he’s not very good.

Even so, Ayumu’s intense love for Urushi is quite obvious when he makes casual comments about how cute she is, or sometimes just turns up at her house to walk with her for a little while.

This infatuation being so obvious is quite annoying for Urushi, who wishes that he’d hurry up and confess already. In the meantime, though, she’ll try to push him into a confession using mind games and her feminine charms. 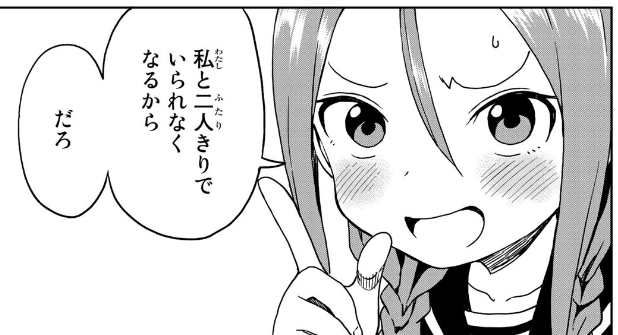 Those of you who’ve seen or perhaps read Teasing Master Takagi-san by the same author, Souichiro Yamamoto, will definitely remark at the similarities between the two series.

Both feature characters that are hopelessly in love with each other but won’t admit it, instead, resorting to mind games in a childish way to get it across. The girls of both series also have really impressive foreheads, in turn.

Yet, there exist several key ways in which Souichiro Yamamoto has altered his formula. Starting with the fact that the characters are older, being high school students, the psychological battle between Ayumu and Urushi in Soredemo Ayumu wa Yosetekuru is also not as one-sided as the ongoing one between Takagi and Nishikata – nor does it play out in such elaborate, childish ways. 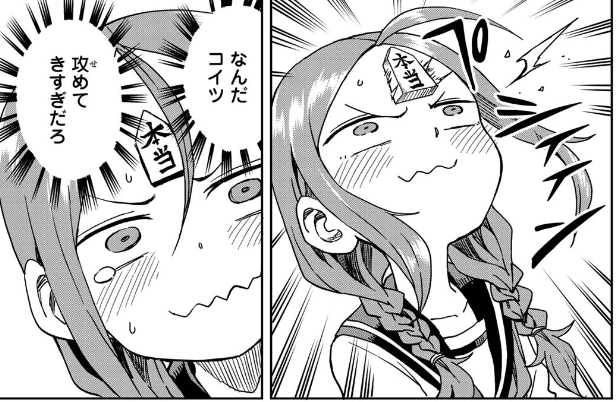 Rather, you could look at Soredemo Ayumu wa Yosetekuru as a kind of reversal of Takagi-san. Firstly, in this case, it is the boy that is in control instead of the girl, and it is the girl who attempts to fight back, only to lose miserably. Secondly – and most crucially – this new series seems to be less of a tale of two people realizing their fated love for each other, but rather snapshots of innocent youthful love.

I say this because the story of Takagi-san has been irrevocably altered by the numerous manga spin-offs associated with the series, most importantly the manga Karakai Jouzo no (Moto) Takagi-san (Teasing Master (Former) Takagi-san), which depicts an adult Takagi after getting married to her former target Nishikata and having a family with him. 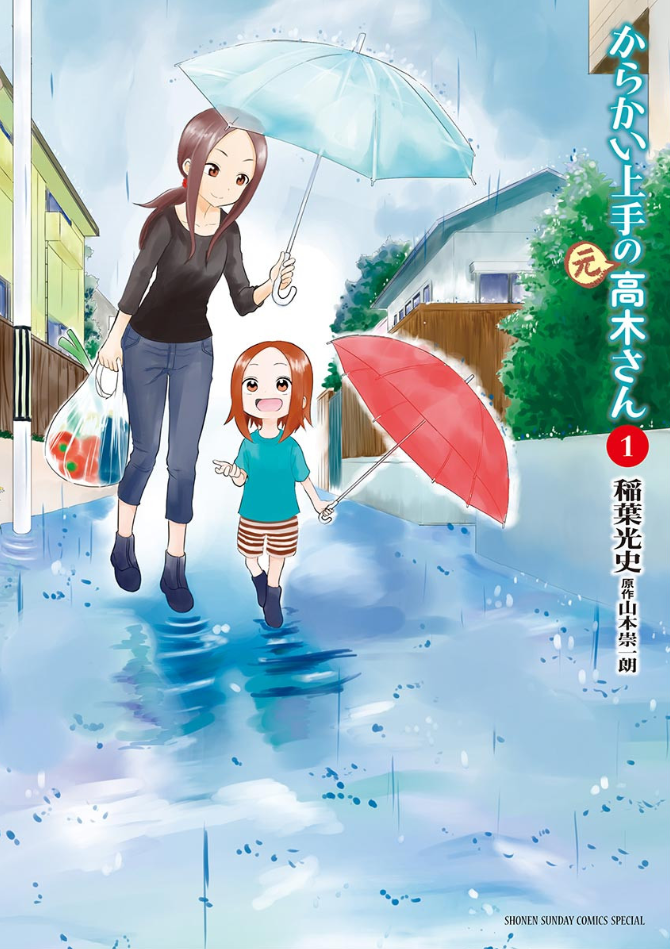 Inevitably, this has changed the dynamic of Takagi-san quite a bit. What was once an innocent of some dumb kids is now the story of how a family was formed – which does take away at least some of the innocent charm. Soredemo Ayumu wa Yosete kuru, however, is able to recapture some of that early Takagi-san charm.

This is just a recapturing, mind – not something we haven’t seen from Yamamoto before. So while those who absolutely adore Takagi-san and Yamamoto’s unique breed of teasing love comedies will most likely enjoy an altered version of the same, Ayumu is unlikely to bring over the unconvinced.

Doubly so if, since the series was picked up for serialization in Weekly Shonen Magazine, you checked out the original Shougi no Yatsu Twitter webcomic – because Soredemo Ayumu wa Yosetekuru follows it pretty faithfully.

In fact, you could pretty much just call it a redraw of the Twitter webcomic at the moment, as it literally recreates many of the original scenarios already available online, but with art that’s up to scratch for a ‘proper’ serialization.

That’s not to say that there haven’t been any changes, mind. Chapter 12, for example, changes the lead-up to the original scenario and comes out of order from the original Twitter webcomic, where it originally comprised chapter 18 and 19. 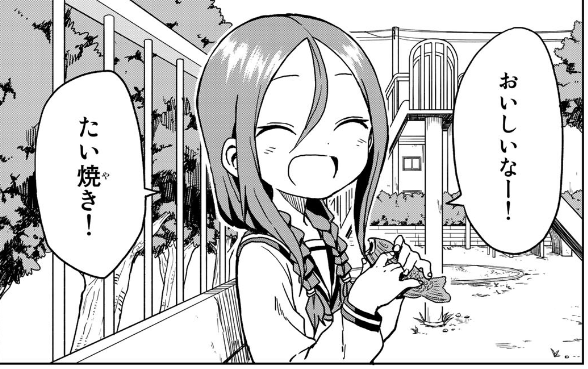 I was one of those people that read the original webcomic around the time that the serialization started, yet – fortunately enough for me – it was long enough ago that I’d forgotten many of the specifics of each scenario and so was able to enjoy them once more, along with the improved art. (Still had a lingering sense of déjà vu, mind.)

Redrawing the webcomic for the official serialization seems to be how Yamamoto is handling running three serializations at the same time – those being the aforementioned Takagi-san and Kunoichi Tsubaki no Mune no Uchi (Inside Tsubaki Kunoichi’s Heart). He’s also fortunate enough to only have to fill four pages each week in Weekly Shonen Magazine.

While that might be sufficient for the moment, it does put into question the future of Soredemo Ayumu wa Yosetekuru. The first volume of the manga features 14 chapters, which is already dangerously close to the end of the original 19 chapters posted on Twitter. Will Yamamoto simply stop the series when he reaches that number? Or will he continue with new scenarios? 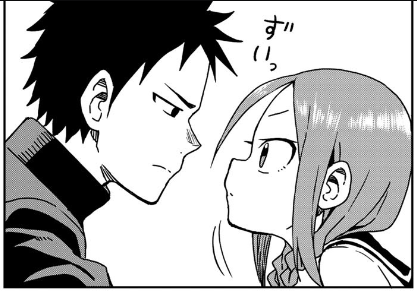 I certainly hope that the latter will be the case, as it’d be a real shame to say goodbye to these characters already. Much like with Takagi and Nishihara, I’ve already staked my entire future on seeing them together. And I definitely would like more of Urushi’s cute antics, who might just be the most powerful Yamamoto girl yet.

There’s also real storytelling potential for Yamamoto to exploit for this one. He’s already established a clear overall narrative goa for the characters to achieve, for one – that being Urushi’s desire to get two more club members and become an official club – which already gives the narrative more meat than the cute antics of Takagi-san.

While these cute antics are certainly enough to carry a series for some people, I personally enjoy more narrative meat to a story before I can get fully invested. Hence why I haven’t actually gotten up to date with Takagi-san in about a year, now – there’s only so much unorganized cuteness I can take.

When it comes to Soredemo Ayumu wa Yosetekuru, however, Yamamoto seems to be taking the time to set up more concrete thematic and emotional foundations. His usage of the game of shogi is a great example of this – Ayumu’s failure in the game to only defend and never attack is a clear parallel to his failure in love, because of the fact he’s refused to attack with a confession until he clears an arbitrary goal.

Seeing Ayumu possibly achieve this goal by altering his strategy both in the game and in romance is an interesting prospect – one that I hope Yamamoto will strive to explore by securing the series’ future in Weekly Shonen Magazine. I’m sure publishers Kodansha wouldn’t protest either – the series’ first volume has done so well that they’ve had to do additional printing. 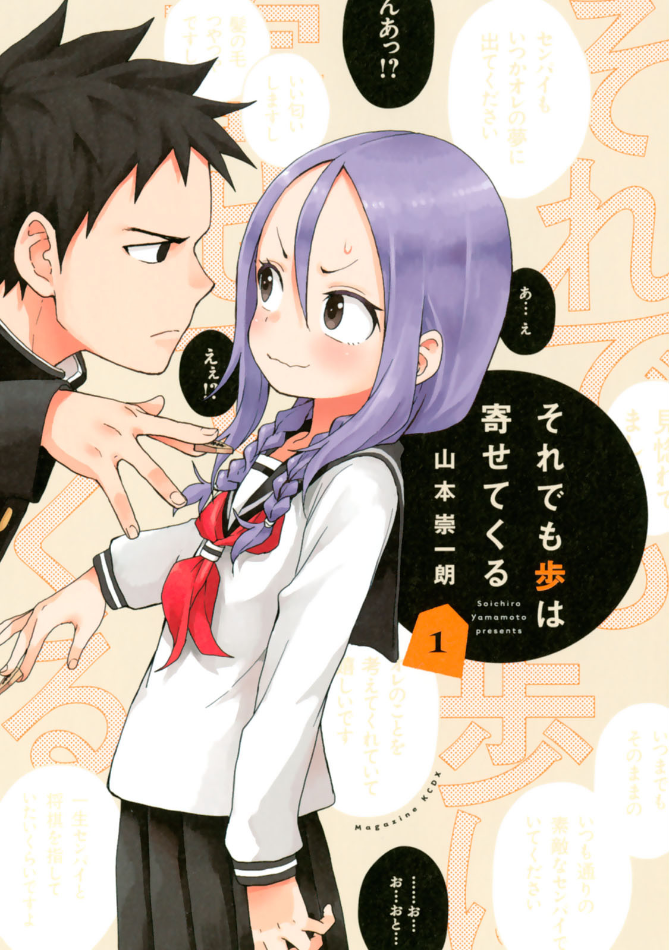 For the moment, however, Soredemo Ayumu wa Yosetekuru is definitely worth checking out. While it’s not exactly original and won’t convince the non-converts, Yamamoto’s formula provides some of the best romantic comedies around – while offering enough variation for long-time fans to enjoy.

That being said, it is worth bearing in mind the problems with the series’ past and future. Those who’ve read the Twitter webcomic recently might find the first volume a waste of money, and there are doubts to be had about the series’ future in Weekly Shonen Magazine.

Have you checked out Souichiro Yamamoto’s latest? What did you think of it? Let us on social media, or via our Discord server, linked below.