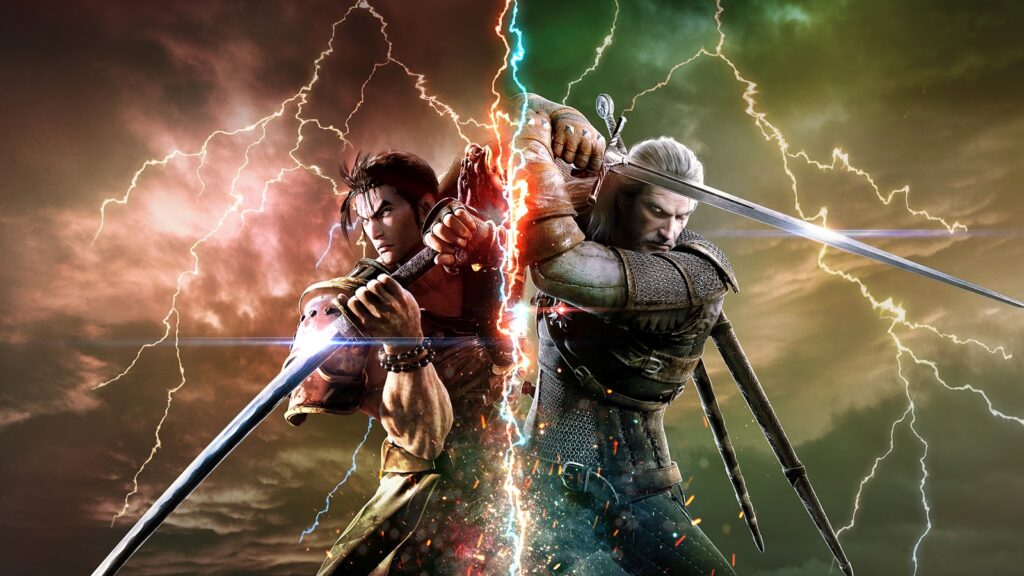 I still remember seeing the now seventeen-years-old commercials of some seedy arms dealer offering weapons to one of the three platform-exclusive guest characters (video game marketing was really different back then). The commercial that most stuck with me was the Playstation 2 version, which had Heihachi Mishima from the Tekken series as a guest character.

I must have mentioned that I thought it looked pretty cool because I ended up receiving it for my birthday that year. It might sound ungrateful, although I’d like to think it’s because of how much I’d come to love the game, but Soulcalibur 2 was undeniably one of the coolest birthday gifts I’d ever received and one of the only ones I can remember from that age.

It was from then that I became a fan of the series. I played Soulcalibur 2 over and over again until I unlocked every weapon, stage, ending, etc. When Soulcalibur 3 was announced, I convinced my mom to rent it for me from the local video store since that was a lot cheaper than buying it new.

This was probably made moot since we ended up renting it repeatedly and I played it as often as I could at the local arcade.

When Soulcalibur 4 was announced and I found out it was going to have Star Wars guest characters, I was ecstatic. Not because I was a fan or anything, but because it seemed like such a cool collaboration! And then I got to play it and…something was off. It just didn’t feel fun anymore.

That disappointment kept me away from Soulcalibur 5 for a long time and I wouldn’t buy it until it was really cheap. I only liked a couple of the new characters, I didn’t like the story, and I thought the create-a-soul system was lacking compared to previous titles, but it was pretty fun to play a Soulcalibur game again! Unfortunately, it just wasn’t enough to keep my attention.

This is why I was hesitant when I first heard the announcement for Soul Calibur 6. I was certainly excited (being set around the first game’s timeline and having old characters definitely helped), but I also felt that I needed to keep my expectations in check.

The only reason I did buy it was because a lot of my friends decided it would be a fun game to play together. And yet, between my hesitation of getting too excited and my deep hope that the game would be more entertaining than the previous two entries, it managed to succeed almost all of my expectations.

The most obvious update here is the visuals. From the characters themselves to the stages, Soulcalibur has never looked better. This is exemplified in the wonderful Critical Edge attacks (super attacks essentially) and the new Reversal Edge mechanic which pits both fighters in a “rock, paper, scissors” situation with more options and slow-motion. 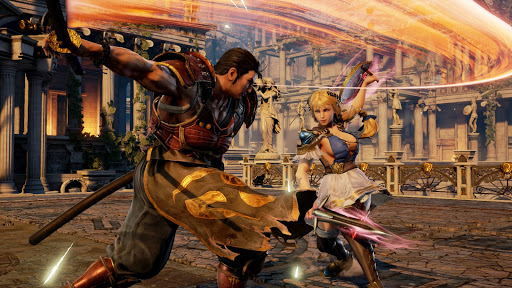 Speaking of new mechanics, Soulcalibur 6 manages to implement and in most cases build upon previous game mechanics, as well as introduce new ones. The aforementioned Critical Edge returns, as does Guard Impacts, Armor Break, and even the previously absent Soul Charge. A major update in season 2 even added further mechanics such as Soul Attack and Resist Impact.

While it might sound like a bit much to handle, especially with the additions from season 2, it’s actually not bad at all. This isn’t a touch of death fighting game (where one hit can lead to a combo that wins the round) and many of these mechanics stand on their own. The game is delicately balanced enough that it just feels that you have a wide breadth of options available.

Moving on from the mechanics of the fighting, the game offers some nice single-player content. In addition to the standard Arcade Mode and Versus Mode, there are two forms of story modes with Soul Chronicle and Libra of Soul. The former follows a timeline of the main events in the series from different characters’ perspectives while the latter focuses on a player-created character.

It might seem like a small thing, but I have to mention how great it is to play with so many fan-favorite characters. My appreciation for some of the new characters in Soulcalibur 5 didn’t take away from the feeling that I wanted to play as series veterans Kilik and Taki, not their spiritual successors.

The addition of fan-favorite characters that weren’t present in the original Soulcalibur game such as Zasalamel and Talim really help to round out the game as one of the best in the series. The roster has only improved through the season passes with more returning characters ranging from Tira, Cassandra, and Hilde, to guest characters such as 2B from Nier: Automata and Haohmaru from Samurai Shodown. 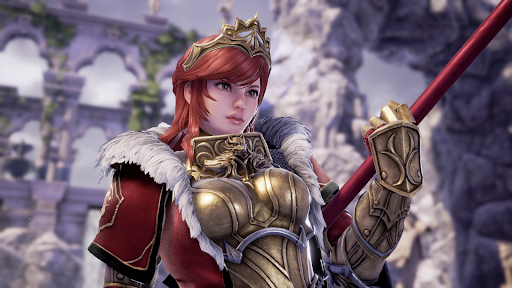 I can’t deny that I enjoy customizing and making my own characters as much as I enjoy playing the actual fighting-aspect of the game. Which is why I am disappointed with what’s available for customizing. It feels as if the number of options has declined from title to title and in Soulcalibur 6’s case there are options that have been put behind a DLC paywall.

Not everyone cares for this part of the game. In fact, some people hate it as Create-a-Soul characters can do some wonky stuff online. But I can’t hide that hearing my friend’s reactions to my goofy, weird, obscene, and slightly horrifying characters is a joy of mine. And it’s only become more of a joy now that I live with my girlfriend and we can create these weird abominations together.

Even with the detriment of lacking Create-a-Soul options and my greedy wish for Setsuka to return as a DLC character, I still keep coming back to the game. It’s just that fun to play! I know there are some criticisms of the game from a much higher competitive level than I’ll ever get to, but from where I’m at this game is great.

I have a friend with an awful connection (sorry if you’re reading this, but you know it’s true) that leads to laggy games. To get around this, we started using Steam’s Remote Play feature, in which I effectively stream my game to him and he can join as a player 2 in “offline” versus matches.

It’s not perfect and at times it looks pretty pixelated on his end, and he can’t show off his own characters or play with the DLC characters he has, but it provides us with a way to play the game without a massive framerate delay.

Am I doing this because I enjoy spending quality time with my friend? Yes of course! But I’m also doing it because I know that I’ll always have a blast when I boot the game up. There’s not a lot of games I find guaranteed to be fun the way this one is.

Soulcalibur 5 managed to scratch the itch I had for sword/weapon-based fighting and honorably throwing myself off the ring as well after getting a ring-out. It just didn’t keep me entertained for as long as I would have liked.

Soulcalibur 6 meanwhile has caught my attention and consistently retained it as much as my first foray into the series. That’s all I’ve wanted for the last decade and this game delivers it.