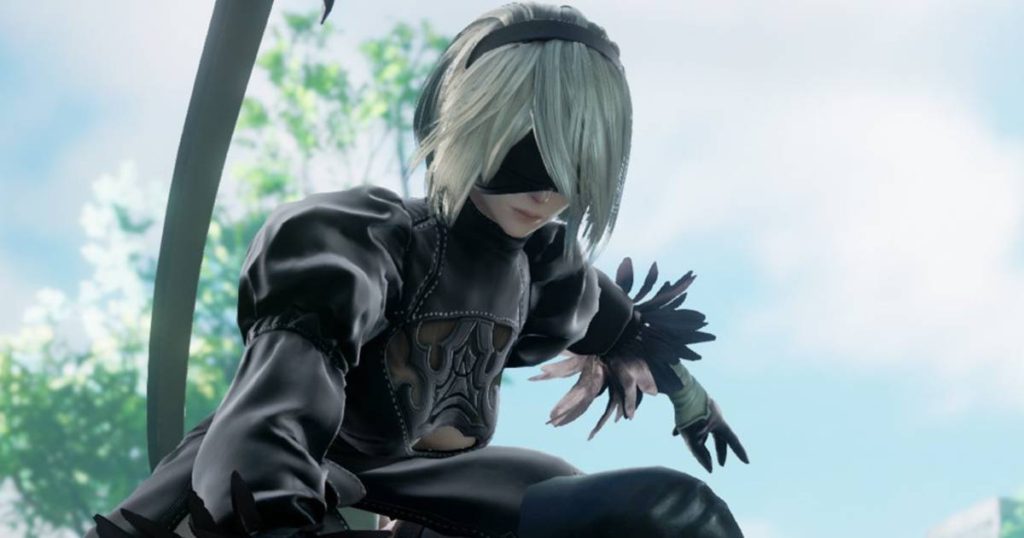 Having previously been announced back in October of this year, a date has now been unveiled for the latest piece of SoulCalibur VI DLC. Announced the game’s official Twitter account earlier today, NieR Automata’s 2B is set to slice her way into the fight on December 18. 2018.

Available as part of the game’s season pass alongside other fighters which can be purchased for $29.99 or on her own for $5.99. 2B will be playable with either her default outfit from NieR Automata or in a special new design that gives her a white dress, darker hair and darker skin, nicknamed ‘2P’. Alongside the introduction of her character into the game she will also be receiving a special stage and music that were previously unveiled when the character was originally announced.

This isn’t the first time that SoulCalibur VI has accepted a character from another series into its roster, with the game also including Gerald from CD Project Red’s incredible Witcher 3: Wild Hunt. While the series is known historically for playing host to a wide variety of guest characters, NieR Automata’s 2B is just the latest in a long line of characters including Link from The Legend of Zelda and, eerm, Yoda from Star Wars. The series isn’t afraid to introduce new names into the mix from elsewhere.

This news is just the latest in a slew of positive news announcements regarding NieR Automata, with the game having recently reached 3.5 million sales and shipments worldwide. The announcement of a release date for 2B in SoulCalibur should be positive news for fans of NieR and SoulCalibur alike and could be just the excuse some fans need to jump back or jump into the game for themselves.