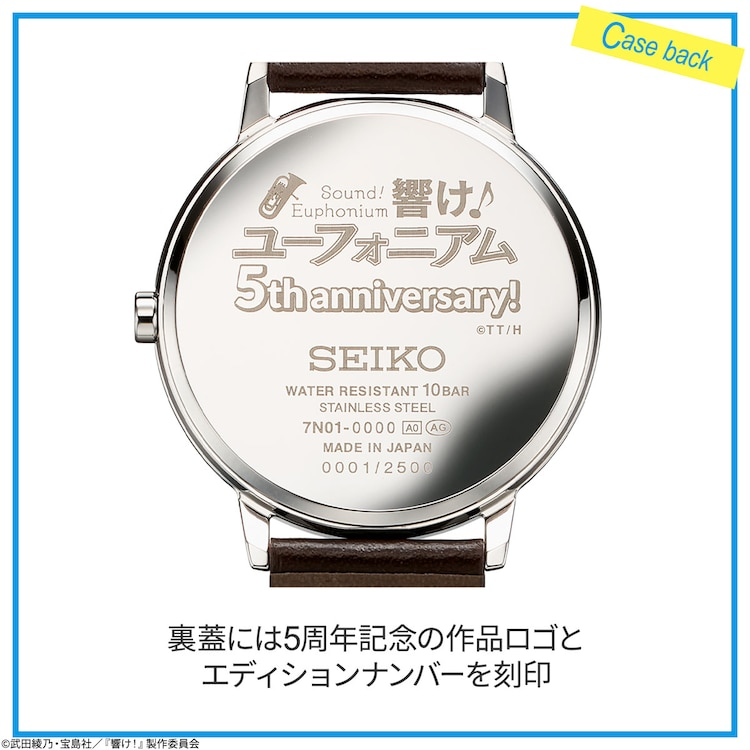 Sound! Euphonium is probably not the first anime that comes to mind when you’re trying to cop a fresh new outfit for your wardrobe. Unfortunately, we live in an imperfect world where a humble show concerning music students doesn’t scream ‘drip’ the same way more popular darlings like Jujutsu Kaisen or Cowboy Bebop do. However, with Seiko’s new Sound! Euphonium watch, you can forego drip in exchange for something with a bit of polish. 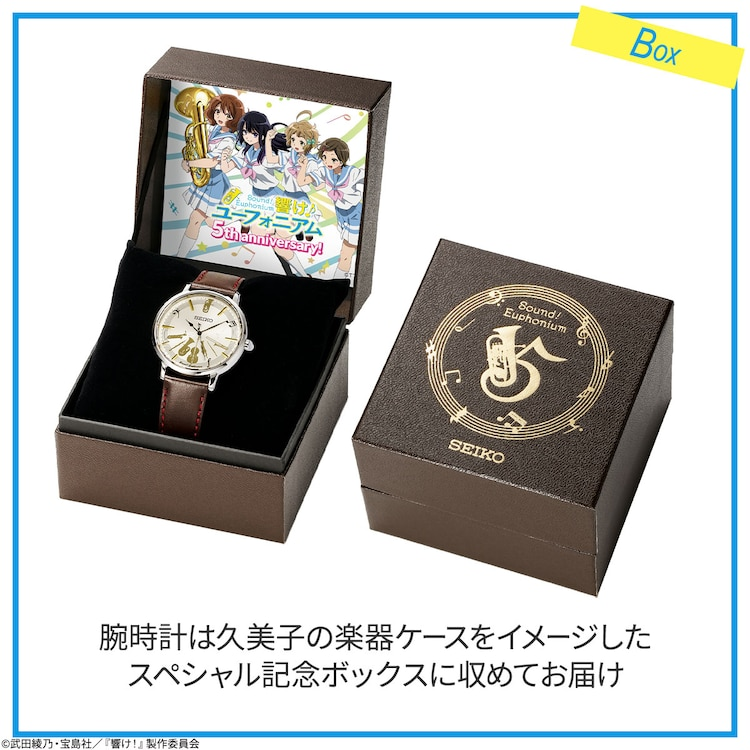 This stainless steel watch was crafted by Seiko in honor of Sound! Euphonium’s fifth anniversary and comes screaming with big Eupho energy at a volume rivaled only by Reina’s trumpet. For starters, the watch comes inside a nice little storage box and is adorned with the image of Kumiko’s euphonium. Being painted in a brown color makes it look like a treasure chest to me. I half-expect a glowing light to hit me in the face Legend of Zelda style upon my first unboxing. 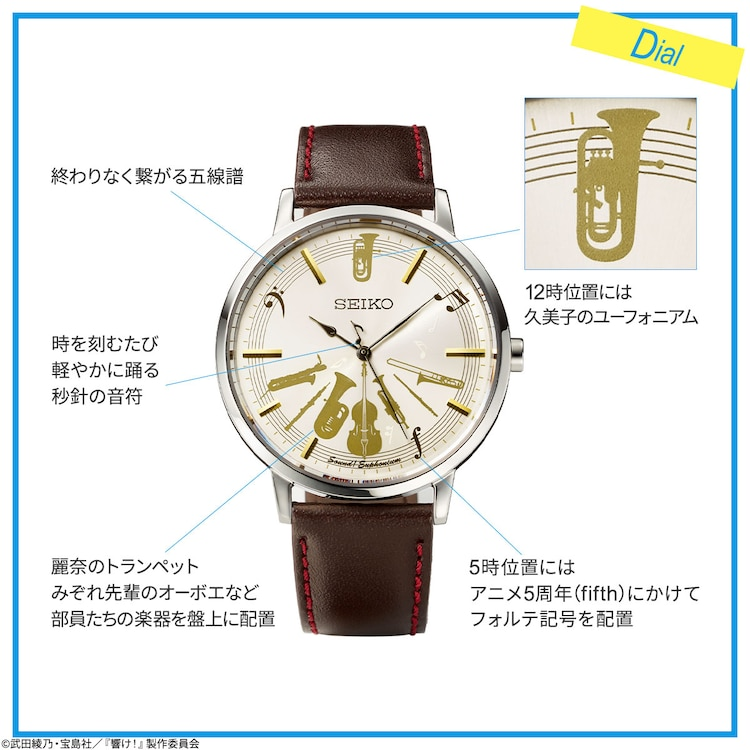 The watch itself is literally the most Kumiko thing possible, and it’s awesome. The leather band around the watch is brown with red string stitched along its sides, serving as a nice nod to one of Kumiko’s school uniforms. You of course also have the inside of the watch, which perfectly places Kumiko’s euphonium right at the twelve, and her classmates’ instruments spread out at the bottom. Circling around the watch’s inside is a staff of sheet music including a bass clef, a forte marking, and a double bar note for more musical magic. Finally, the back of the watch has the Sound! Euphonium fifth anniversary logo embedded along with an edition number signifying the 2,500 watches engraved.

This watch makes the perfect fit for a floof-loving maniac like myself, but non-fans looking for a break from the ordinary might be entranced by its musical charm as well. For anyone looking to snag this nice watch, it comes priced online at 32,780 yen, or about $300.