It’s been almost two years since Konami introduced its latest version of SOUND VOLTEX, SOUND VOLTEX VIVID WAVE. Today we had the opportunity to give its newest iteration of the game, SOUND VOLTEX EXCEED GEAR, as well as the new Valkryie Model machine a spin, and we can honestly say, we like it. Maybe a bit too much. I personally have played my fair share of SOUND VOLTEX, and touching the Valkryie Model machine really made the game feel like it was something new, something that I haven’t experienced before. 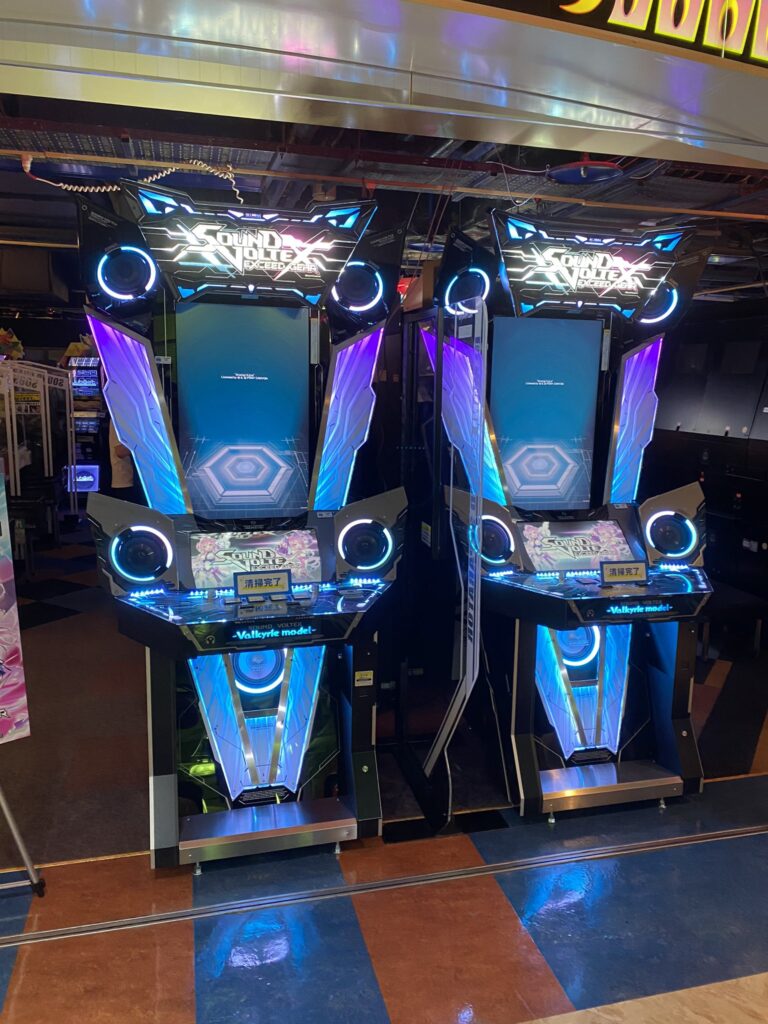 As with each version of the game, new songs are included with SOUND VOLTEX EXCEED GEAR. Some of these are quite shocking to me (I’m looking at you Air), and the inclusion of Nikki Simmons is also something that really surprised me. Keep in mind that as this is a location test version of the game, the final version of the game upon release will certainly have a large number of songs added.

Where can I start here? Honestly, almost everything about the interface has changed. Well, almost everything. You still have the Live2D character models which were introduced in SOUND VOLTEX VIVID WAVE, but on the Valkryie Model machine, they look infinitely better thanks to the larger screen. If I were to pick out one major change among the interface, it would have to be the song select screen. Gone are the cumbersome folders that housed each version’s songs and now we’re greeted with a song list which is very akin to beatmania IIDX where the folders are listed in order on the right-hand side of the screen, clicking a BT button on each of the folders will open it up to expose the tracks listed from each game.

Many of the new features that were introduced today as part of SOUND VOLTEX EXCEED GEAR seem to be related directly to the new machine that the game will be shipping with. The Valkryie Model machine plays host to a 120hz display ala beatmania IIDX Lightning Model cabinets. This isn’t the only new feature though as the game also features the same touch screen that is present on the Lightning Model cabinets which in my opinion offer a far deeper level of control than what is available on the Lightning Model machines. The touch screen can be used to search for songs, set your options, as well as things like your high speed, judgment height, and options such as blaster colors.

There are still a couple of modes that I haven’t had a chance to give a try and those are:

All in all, SOUND VOLTEX EXCEED GEAR looks like it’s shaping up to be a fantastic progression to the SOUND VOLTEX series and I look forward to its release. There still is no release date for the update, but you can be sure that it’s coming. We will be getting our hands on the game in the coming days while the test is on-going and we will be offering our full impressions on the new Valkryie Model machine as well as the game for SOUND VOLTEX EXCEED GEAR.