The newest entry to KONAMI‘s Sound Voltex series, Sound Voltex EXCEED GEAR, just hit Japanese game centers last week, but that doesn’t mean that the company behind the series gets to sit back and relax. Today, the company announced several extra features and some existing features coming to the newest version of the game, starting on 24 February 2021. With the new VALKYRIE MODEL machine hitting more Japanese game centers starting on 24 February, it’s a perfect time to roll out these features.

The first feature that they announced is the Skill Analyzer. This is a functionality very similar to the Dan mode on beatmania IIDX, where players will play a pre-determined course of songs with each step growing in difficulty. 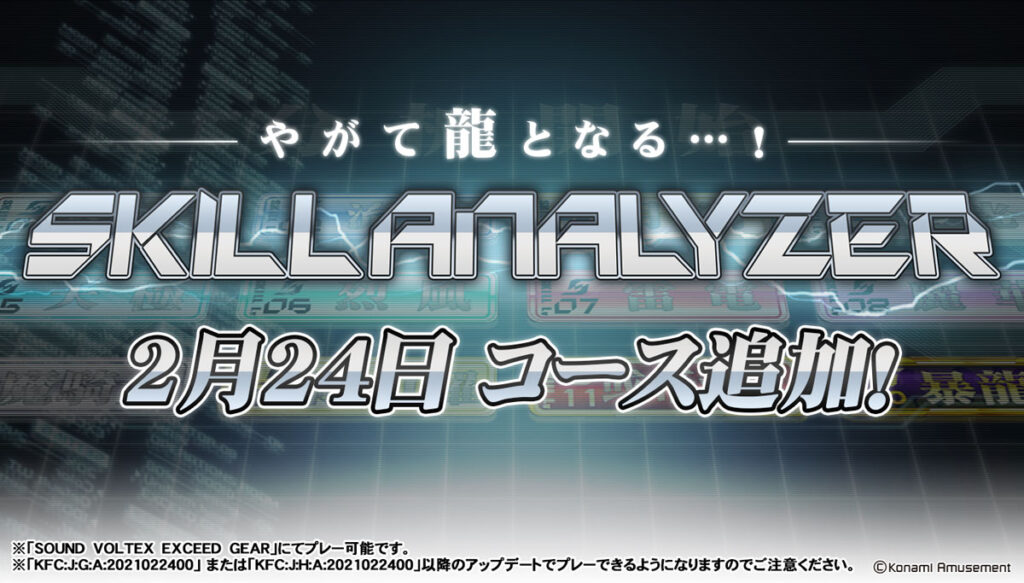 The next feature that will roll out to Sound Voltex EXCEED GEAR is the Rival System. Players can set up to five players that they can challenge their scores against. This is a feature that is available in almost all BEMANI titles and really adds a level of immersion into the game that gives it that ongoing challenge feeling. 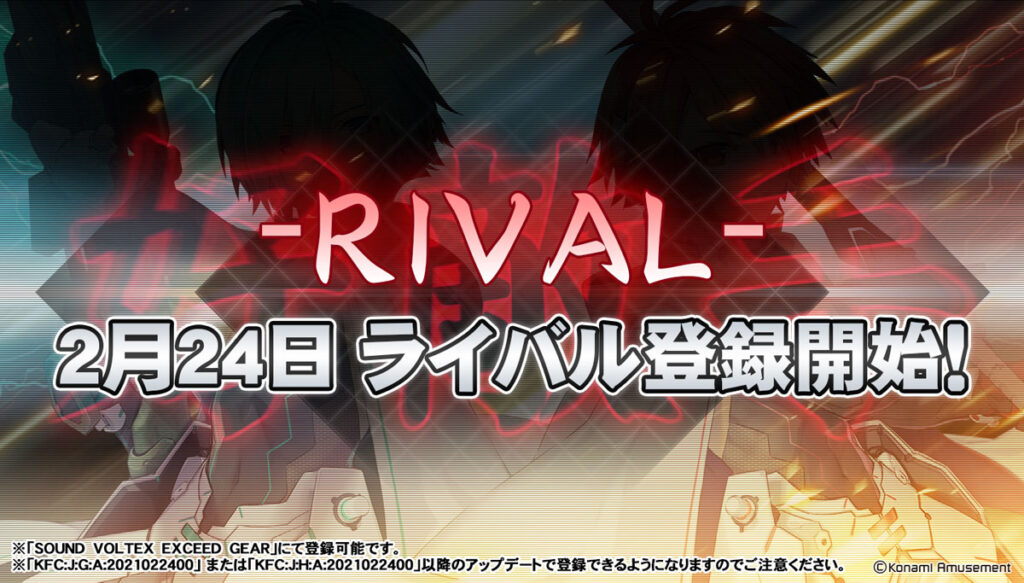 System voices are nothing new to players of beatmania IIDX, as there has been a system voice since the series went HD on beatmania IIDX 20 tricoro. The first system voice coming to Sound Voltex is in the form of the mascot of the game, Rasis, whose voice is being provided by Ai Kayano. 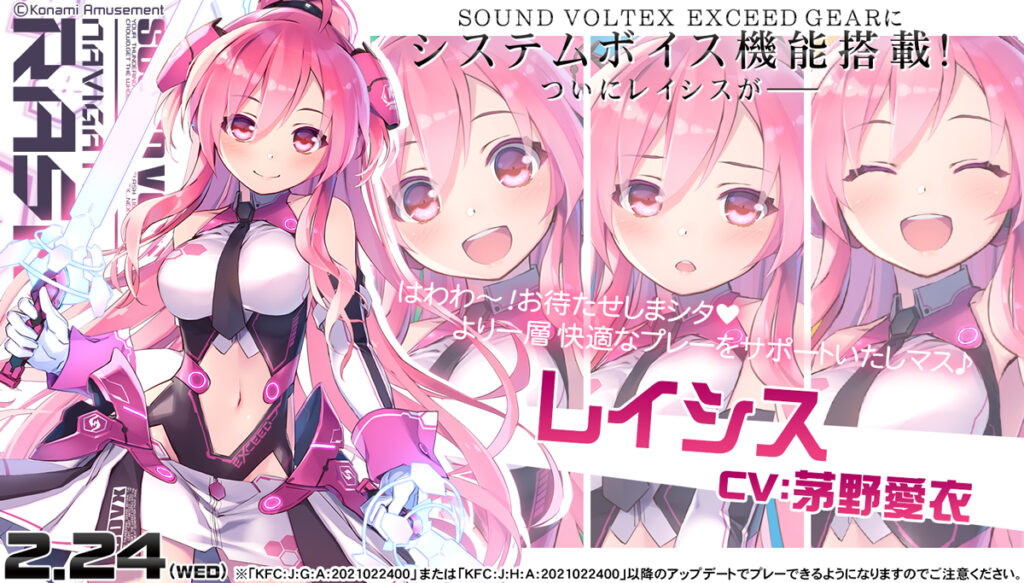 The last new feature coming to the title on 24 February helps players see what they’re getting themselves into before they start a song with the Lane Preview functionality. This will allow players to tap on the Lane Preview button on the sub-monitor on the VALKYRIE MODEL machines or by hitting FX-L and FX-R, which will put a transparent overlay over the song select screen showing them what their high-speed setting and other settings would look like during gameplay. 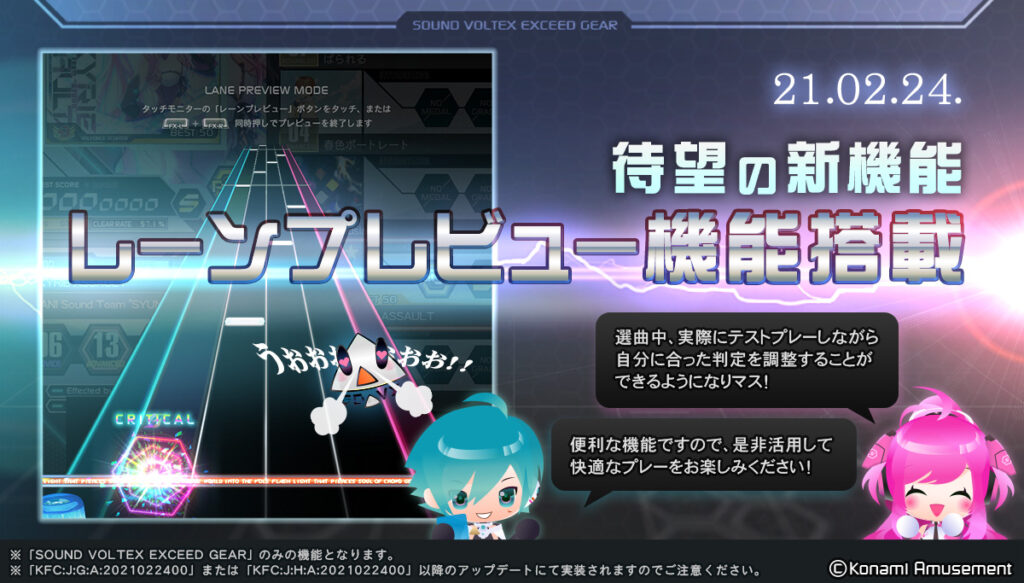 On top of the new features, KONAMI has also announced that they will be bringing the first round of the character theme songs from the SOUND VOLTEX FLOOR contest that happened a few months back. Each song will be based on a character from the Sound Voltex universe. 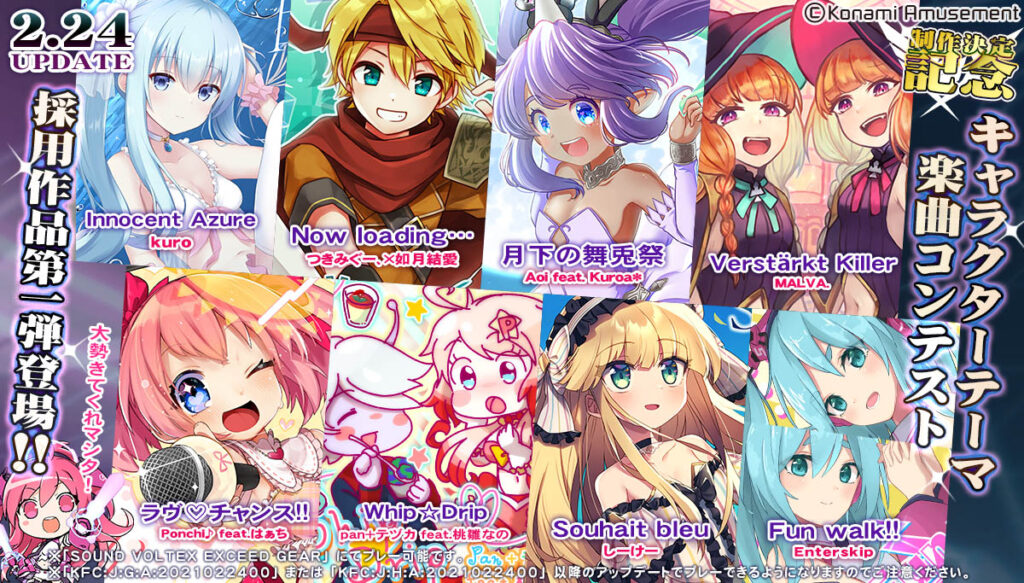 These new features will be hitting Sound Voltex EXCEED GEAR on 24 February 2021 at all locations where the game is available to play. With the game just hitting arcades last week, I guarantee we will be seeing a plethora of new content and features coming to the game as we proceed through its lifecycle.