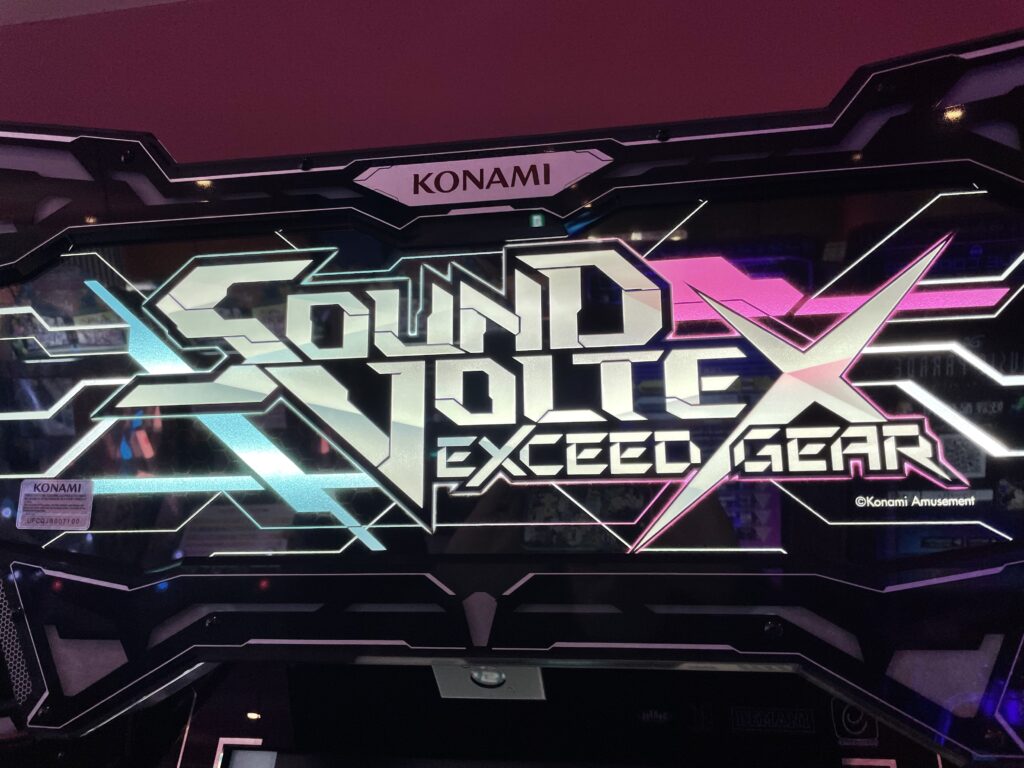 Last September, we got to spend some time with KONAMI‘s newest iteration of its Sound Voltex series and the new cabinet for the title, and we were extremely impressed. I even contemplated switching to playing Sound Voltex exclusively aside from my BEMANI main-stay, beatmania IIDX.

At the time, we didn’t know when the new title and machine were coming out, and then out of nowhere at the beginning of the week, KONAMI took to the official Sound Voltex Twitter and announced that Sound Voltex EXCEED GEAR and the VALKYRIE MODEL machine would be hitting Japanese arcades on 17 February 2021. 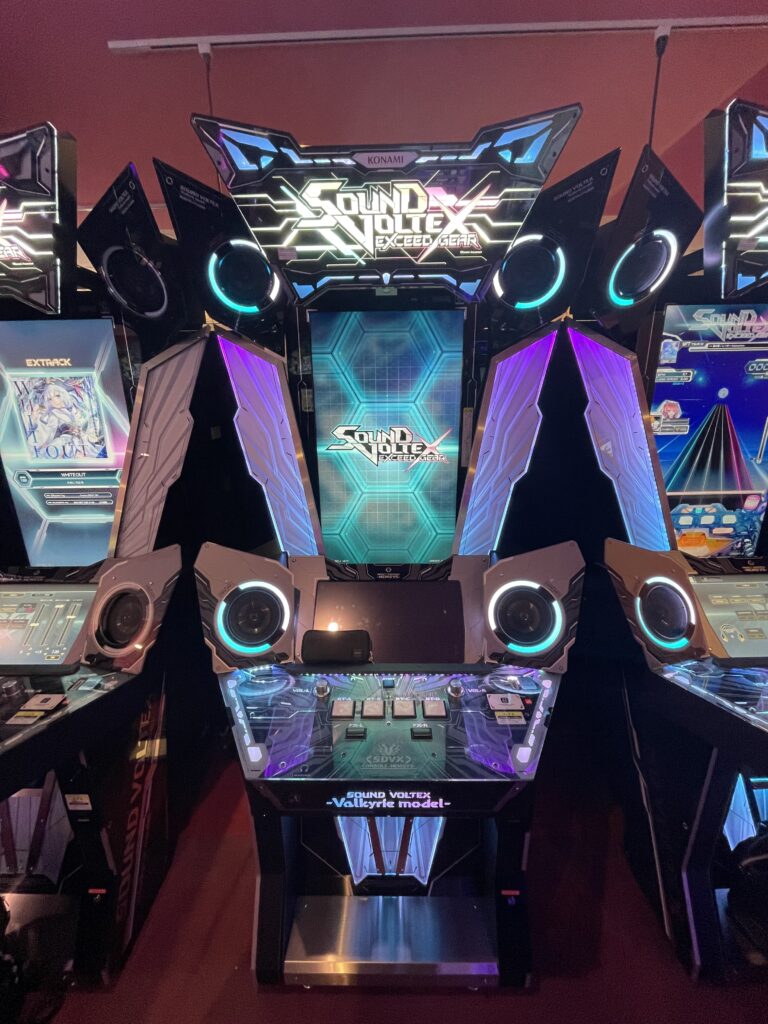 On the release day, 17 February, I went to all the game centers throughout Shibuya and I found absolutely no VALKYRIE MODEL machines, which coincidentally meant no Sound Voltex EXCEED GEAR, as the title is exclusive to VALKYRIE MODEL machines for now. Then I did a bit of scavenging on the internet and found out that the only locations that got machines on the 17th were pretty much Round1 locations only, and that the rest of Japan would be getting machines starting on 24 February.

Last night (18 February), I jumped on a bus and headed to my closest Round1 location in Kichijoji. I made my way to the back of the game center floor where they house their rhythm game titles, and low and behold, I was standing in front of four Sound Voltex EXCEED GEAR VALKYRIE MODEL machines. I felt that instant sense of nostalgia that I got when I first saw the LIGHTNING MODEL machines for beatmania IIDX. It has that fresh feeling, like something that you’ve never experienced before, even though you have.

Here are my thoughts on the release build of the game and the machine.

If you’ve read my impressions about the location test for Sound Voltex EXCEED GEAR, then you might have a fairly good idea about what I’m going to say here. The machine at the location test was by and far the best Sound Voltex machine that I have ever played on. The buttons were crisp but not firm; the knobs were buttery smooth but not uncontrollable; and the screen was a dream to play on. These same notions transfer over to the release build of the machine but have somehow gotten even better. It’s such a satisfying feeling turning the VOL knobs and seeing the smoothness that it’s traveling on-screen. 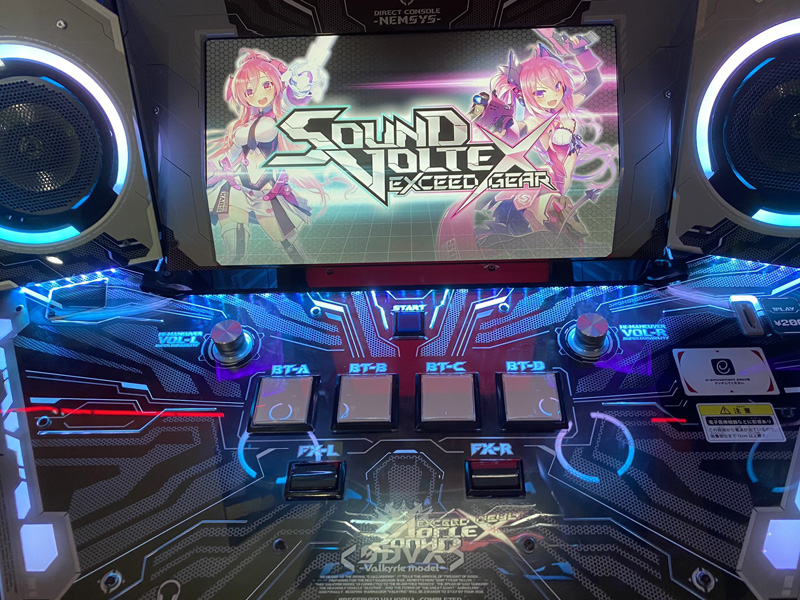 Design-wise, the machine didn’t change a lot, if at all. I went back and looked at my pictures for the location test version of the machine and compared them to the release version, and I couldn’t find anything that was majorly different. If there is something different, it’s so small and insignificant that it’s hardly even noticeable. One thing that I did notice however is that they added the KONAMI logo to the top of the header.

The only way that I can start this section off is by saying that the game is so, so, so much more polished than the location test version of the game only 5 months ago. There are so many little changes here and there that don’t really mean anything individually, but add up to such an amazing experience that it feels like they should have been there all along. It’s little things, like the VALKYRIE EFFECT which is a wave that follows the VOL knobs on slams left or right, or the S-Critical judgment which is kind of like a flashing great in beatmania IIDX. During the location test, my favorite change was the re-coloring of the BT notes, and I’m happy to report that the color change is still there, and they are actually easier to read than they were in the location test. 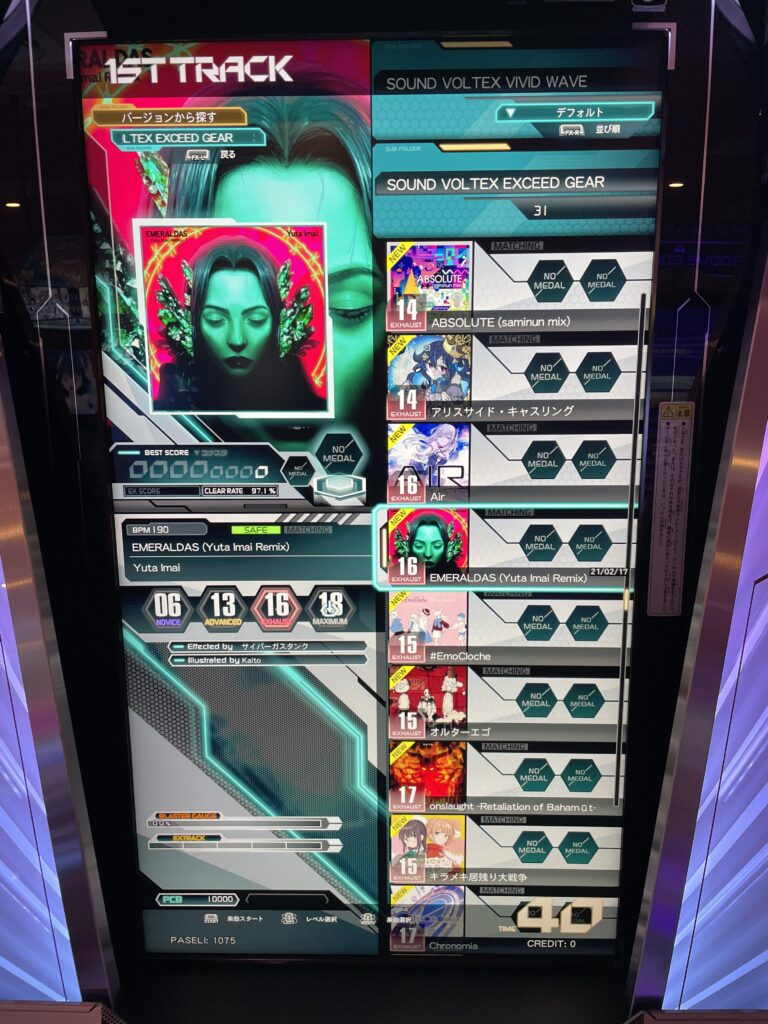 The initial build of the game has 31 new songs that you can choose from, ranging from underground bangers, BEMANI remixes, Touhou arrangements, and the other 1,500 songs that you can play from previous versions of Sound Voltex. The re-worked song select screen is an absolute joy to navigate and is so much easier to find what you’re looking for compared to the previous version of the title. If you can’t find what you’re looking for, fret not, just tap the search button on the touch screen sub-monitor and input the name of the song or the artist of the song you’re looking for, and BAM!, you’re good to go.

I think the game’s biggest change would have to be the results screen. That was one of the main pain-points during the location test and had a bunch of fans clamoring about the change. On the final build of the game, the results screen is much more in-line with what you would expect to see, plus more. Even better, you can still hold BT-L and BT-R to get the results to fade out and just show your character. 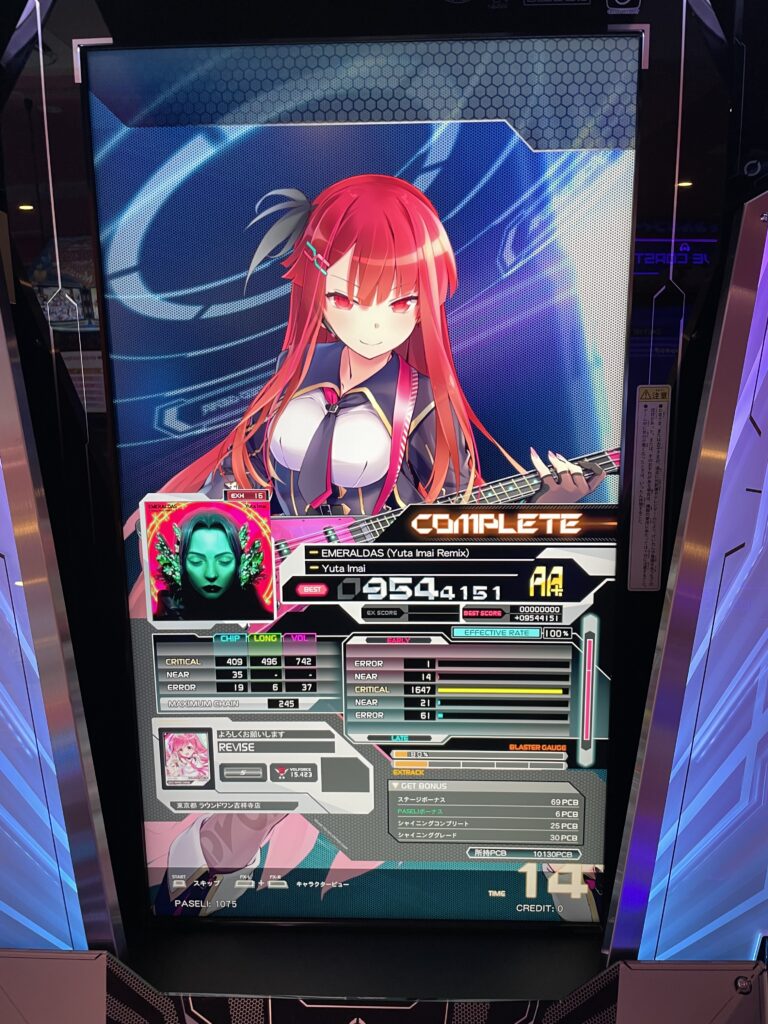 Sound Voltex EXCEED GEAR just hit Japanese game centers a day and a half ago, and it’s already shaping up to be one of the best versions of the game yet. Seeing that the title is still exclusive to the VALKYRIE MODEL machines and is not yet available on standard cabinets, I can only see the title getting more massive and fleshed out by the time it reaches normal SDVX cabinets. After playing a bit yesterday, I am again on the fence of switching over to playing Sound Voltex primarily and am questioning if I should just go all-in. Trust me when I say this: Sound Voltex EXCEED GEAR and the new VALKYRIE MODEL machine will do that to you. It is just that good.